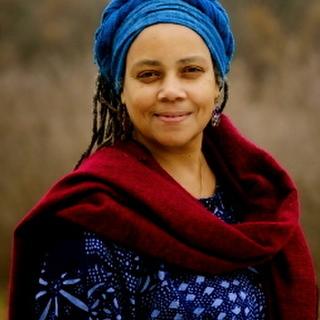 “This is a female moment in time,” observes Rev Dele, founder of the Virginia-based, Soil Souls. “The Earth and society are about to give birth to a new culture. It’s women who give birth to that which is yet unseen.”

Dele is a small farmer, environmentalist, and spiritual activist. She is a warrior woman on a mission to facilitate young returning-generation farmers’ reconnection with the land and traditional foodways. Her ingredients are the principles of agroecology and permaculture with a big dollop of innovation. She is building creative Sankofa [1] (Ghanaian principle of reaching back to move forward.) Diaspora [2] collaborations between Cuban agroecologists and African American churches! 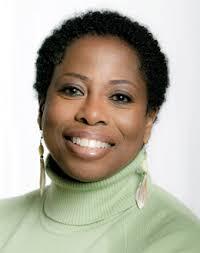 economics consultant, turned tireless activist, Davis is the granddaughter of Mississippi sharecroppers. She has developed a comprehensive 8 principle system of “green-village-building” anchored in 12 Propositions of “Grannynomics.” These hark back to the practices of Naomi’s own grandmother’s community where, “everything they ate, they grew and everything they wore, they made. Small was plenty.”

According to the Eight Principles, each “Green Village” works toward keeping money in the community through  exchange measures that offer alternatives to the mainstream, such as local currencies, timebanks, and mutual aid societies. Incubation of neighbor-owned businesses is intended to generate green jobs and secure housing in order to counter the displacement of local populations. Villages promote walkability, public transportation, and work toward energy self sufficiency.

Both Davis and Rev Dele credit their upbringing in somewhat “intentional communities” with being key to their approaches to resilience-building. Community sharing and unconditional support were essential for Dele’s family which moved in accordance with her dad’s air force assignments. Naomi grew up in St. Albans Queens, New York where she learned firsthand about how wonderful living in a self-sustaining African American community feels. Dele and Davis share, model, and promote the view that the collective and collaboration are key to thriving in the climate-changed future.

Sankofa - Learning from the Diaspora

It’s telling that Dele’s priority is taking African American young people to Cuba for training in Agroecology. She is a seasoned veteran of the American environmental landscape. Rev Dele has worked in Al Gore’s Climate Reality Leadership Corps, is a former Fellow of the Green for All initiative, and a Virginia Interfaith Power and Light (IPL) member.

Why Cuba? Environmentalists in the United States swim upstream in a consumerist, oil-saturated society fueled by an extractive-economy worldview. Conversely, there is no clearer example of what a postcarbon, fossil-fuel-free future actually looks like than Cuba. Due to a US-imposed trade embargo and the political collapse of their Soviet trade partners, Cubans had no choice but to return to organic, decentralized food production. 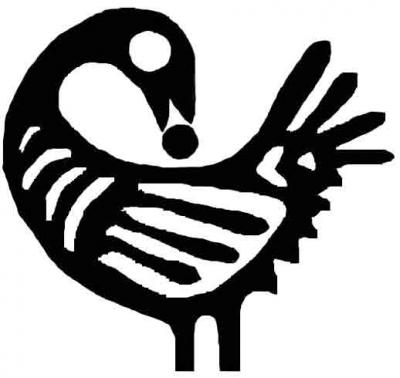 When Soviet oil-based fertilizer, pesticide, and herbicide imports stopped coming and Cuba had no way to obtain substitute chemicals, Cuban agronomists dove into agroecology to feed the people. Agroecology uses nature’s systems to create organic polycultures – a variety of crops grown together simultaneously.

Rev Dele sparks the flame of connection to the land by exposing African American returning-generation farmers to holistic farming done exquisitely by people of the African Diaspora in Cuba. Youth in Dele’s “ecumenical eco-missions” are immersed in the culture of Cuban family and community cohesiveness, and a felt-sense of connection with nature that Cubans never lost.

Back in the United States Dele has assembled a coalition of Black churches which participate in Green for All’s, Greening the Church program. In that process Dele again draws on the Sankofa ethos by reviving the historical infrastructure of church missionary societies – groups of women who went into the community to provide services as needed. Rev Dele rekindles the spirit of neighborhood engagement in churches and dispatches youth to use their skills to help congregations move toward greater sustainability.

Sankofa - Learning from the Upsouth Experience

Naomi Davis’ experience is solidly grounded in the historical experiences of the “Upsouth” – Northern communities of color created by the great migration of Blacks from the South looking for economic opportunity. Like Dele, Naomi is a Green for All veteran and her organization, Blacks in Green (BIG), carries forward the green jobs banner, creatively adding value to that mission.

In 2007 Davis took stock of the structural problems impacting stressed Black communities. She saw that African Americans who were contributing the least to the climate change crisis would suffer the most from its consequences. Creation of BIG was her solution to ensuring that African American communities, “sur-thrive instead of survive 2050.” Davis posits that BIG has a specific cultural application that is also universal. One of the 8 green-village-building principles states that: “What’s good for the African Diaspora is good for everyone.”

Since 2007 BIG has raised awareness through: 1) a public access television show which addressed the greening of thirteen different business sectors, 2) years of vegan-chef catered community supper-talks informed by thought leaders, 3) a Botanical Garden and Village Farm initiative, and 4) multiple organizational alliances to implement the work on a pragmatic household by household level. Davis views the West Woodlawn, sustainable square mile proof of concept as a green village-building prototype with potential for broader replication. Woodlawn Botanical Garden, before and after

Rev Dele and Naomi Davis are postcarbon visionaries. They are committed to replacing planet-destroying unrestrained economic growth with time tested practices that honor the Earth and yield a simpler, yet superior quality of life. Anchored in Sankofa, Soil Souls and BIG take communities back to a carbon-constrained future lived well and with dignity.

Notes:
[1] Sankofa is a word in the Twi language of Ghana that translates as "Go back and get it" represented by the Asante Adinkra symbol of a bird with its head turned backwards taking an egg off its back, or as a stylized heart shape. In practice Sankofa means, bringing the good from the past into wise use in the present in order to ensure future progress.

[2] The African diaspora refers to communities worldwide created by the movement of people from Africa, --predominantly to the Americas, Europe, and the Middle East. The term is most often applied by people of African descent to the descendants of the West and Central Africans who were enslaved and shipped to the Americas in the Atlantic slave trade between the 16th and 19th centuries.


Go to the GEO front page