As outlined in last week’s post, GEO is publishing a series of articles on the attendees of the Bay Area Worker Coop Academy (WCA) in Oakland, California, both to highlight them as young or evolving businesses in the Bay Area and to examine some of the lessons learned from the Academy. In this week’s post, we feature a worker-owned start-up that attended the Coop Academy at the very beginning of the business’s formation.

New Hope Farm in Pinole, California is a small, cooperatively owned, diversified farm in the East Bay Area that uses rotational grazing and other agro-ecological practices. Since the summer of 2014, the farm’s three stakeholders have leased five grassy acres encircled by undeveloped grazing hills, which are under the jurisdiction of the East Bay Municipal Utilities District. Starting in the spring of 2015, they added several different layers of fence to demarcate the property, erected a tool shed, and set up a moveable paddock for goats and sheep. A few flats of collard green starts waited in the shade for planting, and Hank Herrera and I watered a row of fruit and nut tree saplings. Herrera, one of the three worker-owners of New Hope, was relieved to see that most of them were showing a few folded bright green leaves, which meant the team had successfully kept them alive to face their first season. 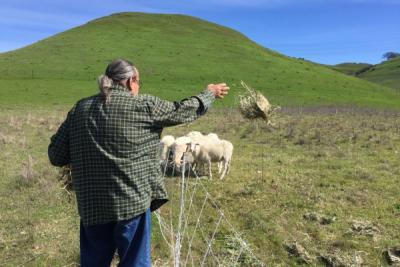 New Hope attended the 2014 WCA as a freshly formed group of aspiring cooperators with a vision. Herrera had been a supporter of the Sustainable Economies Law Center for a while, and he heard about the Coop Academy just at the time when he, Gray Kolevzon, and Monica White were planning to form their own coop. It seemed like an obvious opportunity for them to get acquainted with the ins and outs of starting their own worker-owned cooperative. 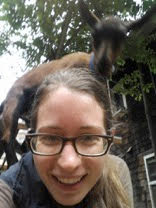 New Hope’s vision is to develop a network of small, cooperatively owned farms that will eventually be the supply chain for small, cooperatively owned corner stores in the East Bay with healthy food products. They hope to model their cooperative network after the Arizmendi Association of Cooperatives, an umbrella coop of six Bay Area bakeries. This means that the coop will ideally be made up of worker-owners who collectively make decisions about hiring, wages, and benefits. 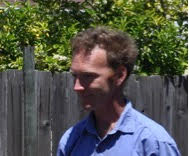 Collectively, Herrera said, the three owners already had “many years of experience in organizations and the non-profit world and the for-profit world and the farming world.” The Academy complemented their previous experience with valuable cooperative cultural education, ranging from the principles and history of the cooperative movement to detailed financial lessons. Herrera also appreciated the cooperative financial lessons, which helped him, Kolevzon, and White develop a strategic plan and a graphic representation of their cooperative for their final project.

According to Herrera, attending the Academy “refined their vision, rather than changed it.” A lot of the information was new—the organizational structures, lessons on financial details, and the history and principles of the cooperative movement. Though the group had understood the basic economic ideas of coops, they would not have known how to implement them without this sharing of fundamental and broader ideas. 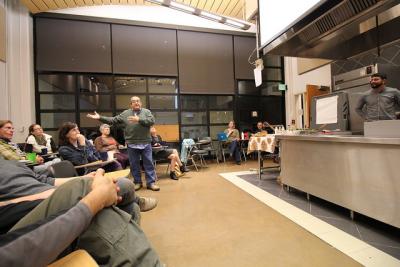 More than anything, the Academy helped this aspiring coop feel tied in to a network of local coops and coop support structures. New Hope will be putting their first plants in the ground this year and starting the long process of building towards a network of cooperative enterprises in the East Bay.

When they realize their vision, in ten or twenty years, you may be able to walk into a worker owned and operated corner store in East Oakland and buy a locally raised shank of lamb from a worker owned and operated farm in Pinole. The surplus from your purchase would fund livable and democratic jobs throughout the short supply chain. By training and supporting small businesses like New Hope — and continuing to provide ongoing post-course support — cooperative academies like the WCA are contributing to a slow, deliberate reinvention of the economy, business by business. Lambs and collard greens are just one place to start.