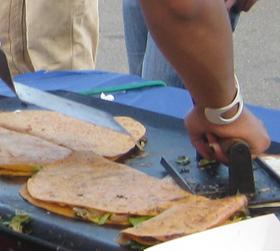 The first Small Business Administration (SBA) loan representative that I approached for a loan stopped answering my calls and emails when he learned that I belonged to a worker cooperative.  The federal agency designed to help small businesses succeed has a policy of lending to producer co-ops but not to consumer co-ops.  Their website bore no mention at all of worker co-ops.

I was enquiring about financing options for Patty Pan, a worker co-op that sells prepared food at Seattle-area farmers’ markets.  When the loan representative first expressed his skepticism about my co-op’s eligibility, I made the case that a worker co-op has more in common with a producer coop than a consumer co-op, especially when it comes to skin in the game, a criteria that thoughtful lenders value.  Still, he didn’t want to work with us.

I finally found a mainstream banker willing to take a chance on Patty Pan and shepherd us through the many levels of approval that we’d require.  Our cooperative’s bylaws and equity structure fit the SBA’s general criteria; the bank finally approved the loan and the SBA finally guaranteed it.

Patty Pan Cooperative was born out of a conversion from an existing sole proprietorship business rather than built from the ground up as a co-op.  This history worked in our favor during the loan process.  In fact, I was applying for the SBA to finance a building I planned to buy as a personal investment, a property which would also serve as a permanent home for the co-op.  I was essentially asking for a personal loan backed up by the company’s track record.

I founded Patty Pan and ran it as a sole proprietorship for 15 years before collaborating with a core group of long-term workers to transform its ownership structure.  I’d personally invested all the cash and sweat equity necessary to build a stable, established company, and the success of our conversion to a cooperative model hinged on creating a framework to eventually reimburse me for my initial contribution while also allowing other members to become owners.

Our bylaws established two types of shares.  The first is member shares (one per member), which come with equal voting rights.  The second is capital shares, which represent equity stakes and are allocated based on patronage, or participation. Because I’d made all of the original investments, I initially owned nearly all of the capital shares.

We began transferring these shares to other founding members through a system of buying-in, or exchanging dedicated work hours for equity.  After our first year as a cooperative, when I applied for the SBA loan, I still owned 91 percent of the capital shares and the other members owned the remaining 9 percent.  This equity allocation fulfilled one of the SBA’s primary criteria for eligibility for a loan guarantee: I owned more than 50 percent of the business that would occupy the property purchased with the loan.

I’ve heard of co-op conversions that allow existing owners to cash out on most of their equity at the outset, usually with the help of outside financing. I financed Patty Pan’s coop conversion myself in large part because I had no idea that receiving outside capital was even an option.  Though I received little cash at the outset, I did have a long term plan.

In addition to the compensation for my equity shares which would trickle in over the years, I intended to buy a building and lease it to the business.  If everything went according to plan, I would pay off the mortgage by the time I retired and then the rent could serve as retirement income.  (Having run small businesses for 25 years with varying degrees of success, I hadn’t managed to save for retirement though I had reached an age when it was appropriate to start thinking about it.)  Patty Pan would receive a long term home leased from a landlord thoroughly invested in its well-being. Down the line I might even be able to cash out by selling the building directly to the co-op.

The SBA-guaranteed loan appealed to me because it required a 10 percent down payment, rather than the 25 to 30 percent required by most commercial lenders.  In fact, I never could have bought the building at that point if I’d had to make a 25 to 30 percent down payment.  However, the SBA process was rife with hoops and hurdles, and Patty Pan happened to qualify largely because the idiosyncrasies of our particular ownership structure, in spite of our cooperative model.

Specifically, the disproportionate share of Patty Pan’s equity that I owned when I completed my loan application made me eligible for the SBA loan guarantee.  But it is unusual for a worker co-op—which is founded on principles of equality—to allocate its capital equity so unevenly.  This unevenness makes sense for a co-op created via conversion from an existing business, in the early stage of its conversion.  It makes less sense for a business founded by equal members and envisioned as a co-op at its outset.

Patty Pan’s success landing this federally-backed loan certainly doesn’t signal a sea change for the SBA, nor does it provide a model that most co-ops can follow.  But it does help to set a precedent for the SBA treating worker co-ops as legitimate businesses.

Cooperative models are flexible and adaptable, and there will certainly be other worker coops with eligibility criteria that SBA lenders can understand and respect.  As this happens, the agency may become a real partner to worker co-ops and the idea of an SBA loan for a worker co-op may come to seem less strange. 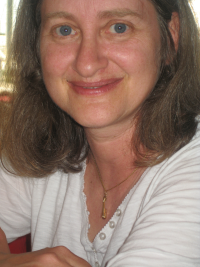 We were recently traveling in Seattle and had the good fortune to visit a Sunday Market in Ballard. I came across a young couple making colorful vegetable quesadillas for the local customers. I picked up a coop info card and when I came back home to Ohio I googled it to discover your site. It sounds like much work was done to allow that young couple to work there and they were very busy so did not have much time to chat with me but good luck and Best wishes to all of you! What a wonderful endeavor that keeps giving to the employees and your community!