Returning to the Essence of Neighborhood

I was asked to speak to a conglomeration of topics at the Global Exchange Conference in Providence, RI, held at the beginning of last August. It felt perfect, since I am a practitioner and as such, a promoter for each of three subjects linked together here—communities, co-ops and social enterprises. But when rising to talk about these individual topics, my head moved aside, letting the real story be told. 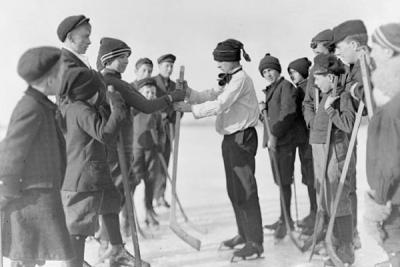 The truth is that I was born into a family and community that espoused all these entwined values and activities. The topics weren’t separated or uniquely named as programs, or initiatives, or movements. They flowed together under the umbrella of neighborhood and neighbors, pure and simple.

I am the fourth of nine children born of two teacher parents. We grew up in an eleven room house in a dynamic neighborhood. Our closest friends were the Ryans with whom we shared “the rock pile” boundary line between our homes. There were seven Ryan kids and their parents were a teacher and librarian. Both families were Irish Catholic; our Dads played bridge together and the politics were in agreement. Both homes backed up to The Woods, an endless playground of imagination, adventures, mystery and sports. There were fifty children in the immediate neighborhood.

The parents were hard workers with mostly modest incomes. Traditionally the mothers worked as full time moms, although part time jobs such as substitute teaching and retail positions were common. Dogs were everywhere without requiring poop bags. If you didn’t eat something it only meant you didn’t like its taste. Organized fairs and team sports were seasonally arranged, in conversation without technology, by kids for kids. Each winter adults flooded a field for ice skating – no passes or money required-- and the brave sled down the challenging Snake Trail, mentoring the younger ones. No doors were locked: we were safe. We were outside kids, practicing conflict resolution and co-designing mutual aid networks (which we called teams.) 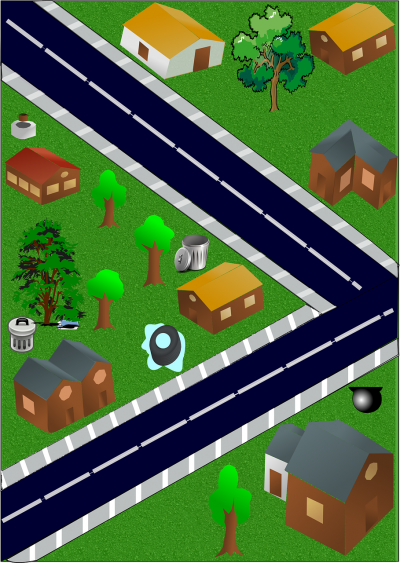 Our yard had an apple tree, blackberry bushes and a garden. Other houses had gardens and produced food including jams and jellies that were exchanged in reciprocity. We bought our corn from Farmer. It was delicious, non-gmo, fresh picked each day with 13 ears to a dozen. Eating day old corn was a sin: my siblings and I still argue over how long to boil it (2 minutes.) Medical care was the nearest Mom with a ready supply of bandaids, tissues, water and hugs. Urgent Care meant a parent would drive you to the hospital for stitches or broken bones or to drop off a mother for a new birth. Food Security was provided with casseroles, cakes and soups that normally arrived whenever sickness or new babies struck. Christmas cookies were brought door to door by the plate load, each family having a specialty. Outgrown clothing, coats and boots moved house to house or were found at the annual used ski and skate sale. Stuff didn’t get thrown away; it gracefully took turns living in different homes.

When my father suffered his first, near death heart attack, friends provided meals for 31 straight days. Our freezer was filled to the brim with vegetables gleaned from neighbor’s gardens. The meals were coordinated by women who created a chart organized by amazing dinner & dessert offerings. We ate very well, in gratitude.

Social enterprises began with “the fair”, an event designed and managed by the first born Ryan and Hogan kids. Later on our family acquired a paper route. Over the years, all the Hogan kids, and sometimes sympathetic friends, walked the three mile journey beginning at 5:30 am. Financial Literacy meant we bought our own bicycles from the route revenue and put the rest away for college. All nine Hogan kids graduated college.

One famous story my mother enjoys telling is a frigid winter tale of when once again, the pipes froze. It began with several children up all night vomiting from a bug. My mother was a highly efficient and responsive manager who dictated action steps from her hospital bed where she had just given birth to child #7.. or 8? Who knows…. Anyway, soiled sheets, towels and infected clothing were collected for washing while comfort and fluids were administered. There was a semblance of order until the realization that the old pipes had frozen, including the one to the washing machine. Hot lamps were set over the washer. The furnace was cranked to maximum with a please don’t blow up prayer and an urgent phone call was made to the Ryans to see if their washing machine was available. In such a close neighborhood, flu in one home knew the way to the next home. Parents joined forces in combat.

Happily, the Ryan washer was open for business. The two oldest, non-vomiting children were given laundry baskets to carry across the deep snow of the backyard path between our homes. My father remembered seeing his older daughters sink into the snow, step by valiant step, holding the laundry baskets up in courageous acts of heroism. They had to repeat the trip several times before they, too, gave in to the sickness. Happily, Mrs. Ryan’s machine performed in solidarity. While laundry was washing, another neighbor was called to help unthaw the frozen pipes. Armed with a blowtorch from yet another neighbor, the deed was done. 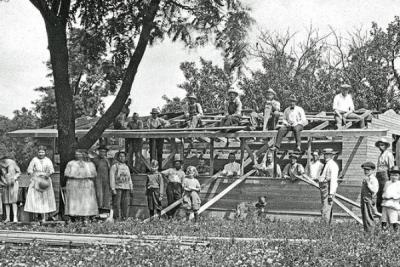 Neighbors always showed up for each other. No technology kept track of exchanges. Money wasn’t the primary currency, relationships were. Being there for each other was normal.

This is how it all fits together for me. My father insisted on the spirit of cooperation as our foundation for diplomacy. Social capital was abundant and regenerated daily. Money was always an outside thing; it was never confused with Love.

Now I live and work as a social architect in hOurworld cooperative, a vocation that perfectly harmonizes with my evocation. Strangely, though, I have been described as someone who “provides training and facilitates dialogue for participants who are identifying and reclaiming their community assets”. When I heard that introduction it kinda scared me. Where does the need for such a formal, academic-ish, distant description come from? Although well intentioned jargon, it missed the soul of the work of social architecture, which is a full and cool description all by itself.

Everyone here is doing incredible work. But maybe it’s time for us to let fall away the separated titles and labels for our beloved programs and movements-- Time Banks, Transition Towns, Cooperatives and Community Currencies-- and return to living as one co-creative, interactive, high playing community that shares our time and stuff without recording data or outcomes.

My good friend Laurie McCammon summarizes it this way. She suggests it is time for us to move “From Expert to Essence”. From Expert – answers waaaay out there from detached sources….to Essence; the Knowings connecting in heart flow within and between all of us. Expert to Essence.