[Editor's note: this spring, Boston will play host to the 4th International Conference on Participatory Budgeting In North America. This article from our archives (originally published in 2004) looks at the history of participatory budgeting in Brazil, and considers it's potential in the US, where the practice in now thriving in cities across the country.]

Have you ever wondered just how public revenues get allocated, e.g., by what process it is decided that more prisons will be built rather than tuition-free colleges? And why we citizens have so little – nothing, really – to say about how these revenues are dispersed? I mean, after all, it’s our money, so we should be able to track it down. And this, supposedly, is a democracy, so we, the people, should have a genuine say about the uses to which our tax money is put. Sound like a philosopher’s impossible dream? Not in Brazil. 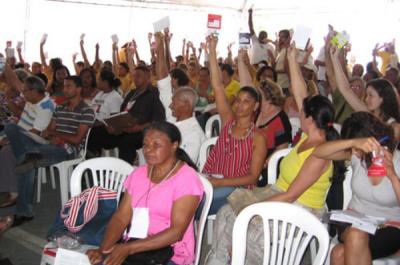 In the late 1980s, the Workers Party (PT) of Brazil introduced the idea of a participatory budget (PB) for the city of Porto Alegre in the southern state of Rio Grande Do Sol. The basic idea was simple: citizens, rather than politicians, would decide how to allocate a large portion of the city’s annual budget - that covering new capital expenditures. Today, after almost 15 years, this highly democratic process remains intact in Porto Alegre, and has spread to over 500 towns and cities – of all sizes and in all regions – throughout Brazil.

And it’s hard to think of one with more potential to bring all of us working within the social or solidarity economies together, whether in local currencies or urban gardens, eco-villages or worker cooperatives. In Porto Alegre, for example, since the participatory budget got stabilized, about 50 housing and 50 worker cooperatives have emerged. With a little imagination, projects that we would all benefit from could receive funding from such a budgetary process, e.g., affordable housing constructed by a building cooperative paying its worker-owners a living wage, primarily in local currency, and designed to utilize renewable energy sources and with sufficient arable land to be largely food self-reliant.

For more on the Brazilian experiments in urban democracy and citizen-controlled public budgets, see Rebecca Abers’ Inventing Local Democracy and Gianpaolo’s anthology, Radicals in Power. Here are some particularly telling passages from his introductory chapter:

[In] the city of Porto Alegre, the first PB reforms were introduced, and by the end of four years, the administration had succeeded in balancing municipal finances and in bringing in several thousand people as active participants in forums on city investments. Largely as a result of the success of these citizen participatory forums, the administration has kept local opposition at bay and carried out a number of ambitious reforms, such as introducing land-use taxes aimed at wealthier citizens, that have funded many of the PB’s projects.

Since its first round of meetings in 1989, the PB has evolved into a complex structure of meetings throughout the city, where elected delegates from civic groups, such as neighborhood associations, meet regularly to discuss, prioritize and eventually monitor the types of investments needed in each district. The projects can include anything within the scope of municipal government: street pavement, water, sewage, social services, health care, housing, and primary and adult education. In addition, the structure has evolved to include thematic forums where participants can debate city priorities that are not necessarily specific to one neighborhood, such as culture and education, economic development or health. The experiment has been, by most measures, very successful.

Named by the UN as a model city government, Porto Alegre has become the object of attention for administrators from Europe to Africa because of its fiscal efficiency as well as its consistently high level of participation. The last round of budget meetings for 2000 drew over twenty thousand participants. Approval rates for municipal administration have been consistently high, and every year of meetings features a notable percentage of first-time participants. (From Radicals in Power, pp. 22-23.) 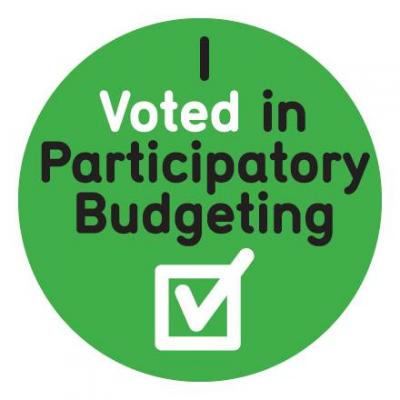 Moreover, Gianpaolo also sees the participatory budget as a valuable strategy in the (dismal) context of United States politics. In a personal communication with Len Krimerman in the fall of 2004, he wrote:

I am a fan of Participatory Budgeting as a tool for empowerment of social movements and civil society. That is, I see it allowing us to skirt the question of whether we prefer state solutions or voluntary solutions to our problems, and giving us the third choice of harnessing the creativity of civil society and the resources of the state. Participatory Budgeting is also a very powerful tool for challenging the "technical expertise" under whose guise we are forced to accept certain decisions in governance. It demystifies decisions of towns and cities to invest in ballparks and convention centers (or to give tax breaks to prisons and Walmarts for that matter) as political decisions, and helps the population propose its own political decisions.

It is also a strategic tool for progressives seeking to take back government. I very much think that some of the lessons of PB are applicable to the US, and I do not see why progressives cannot attempt to take back administrations with platforms that emphasize participation, transparency, and, as Len has put it, convivial government. And while I do see there are potential pitfalls, such as "cooptation", these dangers are very far off from our horizons here.

Still, concerns will be raised, by progressives as well as others, about the potential of the PB in these United States. For example, ‘Are citizen groups in this country too adversarial and polarized to reach agreements on how to spend public revenues?’ or ‘How would a participatory budget initiative assist antagonistic groups to reach common ground?’

Moreover, the PB seems to work well in a local or municipal context, but can it be upscaled to rein in multi-national corporations and our rogue and overly militarized nation state? How well have PBs in Brazil worked when faced with more-than-local issues?

And: If Brazil is the model, doesn’t a new political party such as the PT have to precede a PB? And in our two party (or "one party with two right wings") context, how likely is that? Is there a way to create participatory budget processes outside our current electoral system?