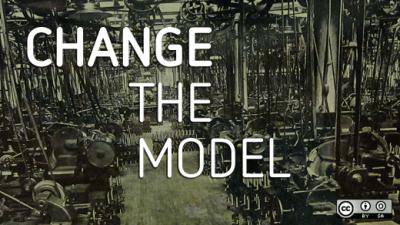 Conducting an encuentro in the North America, Central America and Caribbean Region on themes pertaining to “the workers’ economy” entails enormous challenges for the emerging struggles of workers building an alternative economy. First, there is a huge gulf between the developed countries of North America (Canada and USA) and those further south (Mexico, Central America and the Caribbean)—in technological development, economic organization, and standards of work and life. Second, the imperialist role and agenda pursued by Americancapitalism has meant economic and political dependence among most capitalist governments and countries in the region. Third, the region’s workforce continues to experience enormous disparity and dispersion.

Nevertheless, as demonstrated by the struggles of workers in South America and, more recently, in the struggles of workers in the Arab Spring, in the social movements of “indignados,” in “Occupy Wall Street,” in “# YoSoy132,” and other global labour and workers' self-management movements in many countries of the world, there remains an intense global struggle between labour and capitalism.

That is why, in this present situation, we invite you to gather with us—workers, activists, academics, and all people struggling for other economic realities—to discuss and debate the following themes:

1. Workers’ struggles in North America, Central America and the Caribbean in light of the imperialist agenda of so-called “free trade agreements” (including the North American Free Trade Agreement, the Pacific Alliance, the Trans-Pacific Partnership).

b) Strategies, experiences and alternatives in the struggles to build a workers’ economy

3. Strategies adopted by workers of the region to address extreme forms of exploitation, and economic policies of low wages and low labour standards; unemployment, child labour, migration and trafficking; informalization, maquilization and the precariousness of work.

4. Challenges presented to the emerging forms of a workers’ economy, including:

5. The struggle for international union of the working class

In the spirit of Latin American encuentros, this is not as such a conference based necessarily on formal academic papers – although those are welcomed as well – but, rather a gathering for debating ideas around the possibilties for and issues pertaining to the workers’ economy (or even “economies”).

We thus invite you to send us your articles; proposals for panels, workshops, or themes for discussion and debate; ideas; thoughts; or practical experiences that you’d like to share concerning some form of the workers’ economy; or simply why you would like to attend the gathering in a few sentences. Please send your interest in an email or in an attached PDF document together with your email address, affiliation, and contact information.

Please send all English language proposals or interest in attending to: marcelo.vieta@utoronto.ca

The format of the encuentro

The encuentro is organized around roundtables and working committees.

• Roundtables will consist of brief presentations, interventions, debates, and discussions (panelists to be determined).
• Working committees will be organized to discuss more deeply key issues, possible networks to be created or extended, how to carry out international solidarity work, and generally to debate key actions to be engaged with.

Location of the encuentro

The encuentro will be held at the the Autonomous University of Mexico at Xochimilco and/or, most likely, at the headquarters of one of the unions co-organizing the encuentro. Since this is still be be determined by the organizing committee, we will advise all of the encuentro’s participants of the final location, as well as accomodation options, in the next few weeks.

We look forward to having you present in November!

Organizers of the International Gatherings of “The Workers’ Economy”

Conveners of the 1st Regional Gathering of “The Workers’ Economy” of North America,
Central America and the Caribbean