Thoughts on Building a Cooperative Society

A Decade of Real Progress 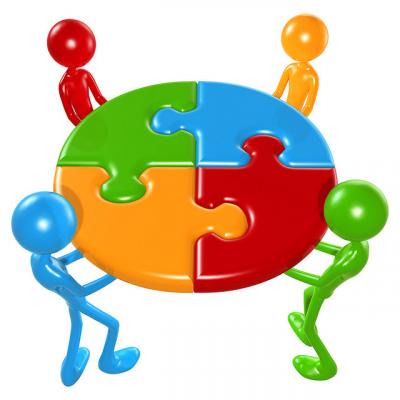 Ten years ago regional cooperative centers or networks were not altogether unknown. There was of course the Bay Area’s Network of Worker Cooperatives and Arizmendi Association of Cooperatives, as well as some regional associations in the East, Midwest, and West, and a string of Cooperative Development Centers funded by the USDA. But many of these were not founded or operated by experienced cooperative practitioners. Today, however, things have changed markedly, and regional development organizations, created and run by people who had spent time working in co-ops, have begun to bloom in many parts of the country: e.g., Austin, Boston, Madison, WI, New York City, North Carolina, Philadelphia, the Pioneer Valley of western Massachusetts and southern Vermont, Portland, OR, Worcester, MA, and across the South (Southern Grassroots Economies Project). In fact, a new book provides an in-depth study of one regional development initiative that has much to say for other regions:  Building Co-operative Power! Stories and Strategies from Worker Co-Operatives in the ConnecticutRiver Valley.

I see this as a phenomenal development, and one to celebrate! Regional cooperative development based on grass-rooted practitioner wisdom has become more than an aspiration, and is recognized widely in the cooperative community as a viable strategy to generate and grow individual co-ops. Additionally, it’s a way of fulfilling the 6th cooperative principle (Co-operation among Co-operatives) by building urgently needed bridges among co-ops of all varieties and sectors.

A Closer Look and An Illustrative Story

But with each step on that long road made by our own footsteps, questions will always arise. One of mine concerns the scope of these regional cooperative organizations. Specifically, should their membership be restricted to enterprises within the “co-op family”, or expanded to include allied groups with common goals that are not structured as cooperatives?

Principle 6 clearly supports the former, stating that “Co-operatives serve their members most effectively and strengthen the co-operative movement by working together through local, national, regional and international [cooperative] structures.”

But could there also be important opportunities for collaboration outside those cooperative structures? Ones that could offer unique resources for the growth of a cooperative economy?

“If worker cooperatives are such good things, why are there so few of them?”

Here’s a real life story to make this question more concrete. Back in 2006, during the opening plenary workshop of the USFWC Conference in NYC, Omar Freilla of the Bronx’s Green Worker Cooperatives raised a provocative question: “If worker cooperatives are such good things, why are there so few of them?” Later on in this same conference, Tim Huet, a veteran co-op developer who helped organize the Bay area’s famed Arizmendi Bakeries, proposed a possible, if partial, answer. According to Tim, co-ops, and perhaps especially worker co-ops, were aversive or indifferent to growth. They were not very much concerned with building bridges, but typically focused on ensuring the success and democratic functioning of their own enterprises. (What has sometimes been called, “enterprise consciousness”.)

Tim supported this suggestion by drawing on the long, slow path to replication of Cheeseboard, a highly popular and successful café and bakery in Berkeley – one that has a long history, dating back to the 1970s. At that point, in 2006, only two actual replications had taken place over the several decades the café had been in business. Tim asked his workshop audience, “How many Cheeseboards would have been started had the owner been a private entrepreneur and not a cooperative enterprise?” Dozens upon dozens, we agreed. But apparently, Cheeseboard’s co-op owners took a while to see replications or the growth of co-ops as a high priority.

Tim did concede that there were two worker cooperatives, Cooperative Home Care Associates (CHCA) and Equal Exchange (EE), which had achieved very substantial growth. These, however, he saw as exceptions that somehow proved the “growth indifferent” rule. But he didn’t explain or attempt to justify this assumption.

An explanation, however, did occur to me. Perhaps, I conjectured, both CHCA and EE were growing and growth-directed because they had double missions: to sustain their own enterprise as a successful democratic workplace, AND to support and empower an entire group (home healthcare workers, small Third World farmers) subjected to impoverishment and exploitation. To achieve this second mission, continuous growth was indispensable.

Intriguingly, this second mission also took both of these two worker cooperatives a good bit beyond Principle Six. Rather than remaining isolated or working exclusively with other co-ops, their missions directly challenged the current economic system’s injustices through building long term alliances outside the cooperative family.

Might the same hold for regional cooperative organizations or networks? Should they, like these two co-op enterprises, be collaborating with non-cooperative allies, challenging corporate greed and exploitation, and going outside the co-op family in ways that would maximize co-operative growth? Or should they shun these opportunities, in favor of remaining within principle 6 and the “co-op family”?

Back in 2006, at my own workshop during that same USFWC conference, I answered a similar question by maintaining that we needed to embrace an 8th cooperative principle along these lines:

Cooperatives collaborate with disenfranchised and other citizen-directed groups to form a genuinely democratic, equitable, and inclusive economy.

To my surprise, Principle 8 got a very mixed reception at this workshop. Some folks supported the extension beyond Principle 6, but others raised strong objections. The latter claimed that my proposed principle:

These objections are certainly both understandable and cogent. But I think there are ways to interpret principle 8 as responsive to them.

If we want a fully cooperative society, we cannot act alone.

To respond to objection 2, we need to recall the long terms goals of principle 8: the building of a genuinely democratic, equitable, and inclusive economy. To me, this represents the opposite of bias and the recognition that every voice, and especially those now silenced or marginalized, needs to be heard, and given equal access to all opportunities.

As for the third objection: specific organizations or movements to build bridges with could include those just mentioned above, but many others as well: the large and diverse Citizen Dialogue and Deliberation Movement, Shareable and Shareable Cities, Commons-based initiatives, Alliance for Fair Food/Coalition of Immokalee Workers for Farm Worker Justice, Living Wage Coalitions  – and literally hundreds, if not thousands, more. (See, e.g., the immense list at START)

But, in the end, perhaps the best evidence in support of a new principle like #8 is that cooperatives have already begun to resonate with it. This is the case for organizations like Solidarity NYC, whose goals include bringing “the various sectors of the solidarity economy into conversation with each other for collaboration and mutual benefit. We want to build both economic and political power.”

Consider as well the Southern Grassroots Economies Project’s “enhanced version of the cooperative principles." In particular, they maintain that:

Cooperatives hold environmental and social needs of communities as important, both locally as well as more broadly in our inter-connected world. Cooperatives concern for community extends to a concern for justice and the opposition to oppression anywhere and everywhere….

Additionally, a very similar theme animated a workshop given at the 2014 US Federation of Worker Cooperatives conference:

A critical element in the growth of large scale worker cooperative movements around the world is their alliances with other grassroots movements, running the gamut from organized labor to communities of faith to movements for economic, racial and language justice. This session looks at possibilities for building such coalitions in the U.S., looking at models for organizing and already existing coalitions. Exploring how faith-labor immigrants’ rights, and racial justice coalitions have begun to connect with worker cooperatives, we will discuss how to build coalitions to increase our scale and power.

And check out the many examples of what Linda Hogan and Terry Daniels of the hOur Bank cooperative call “Movements Moving Together” in their tele-seminar. These include a number of co-ops that work collaboratively with their local time banks, and enable labor exchanges as one way to access their products or services.

I’ve been arguing that cooperative growth requires more than cooperatives supporting other cooperatives, and that regional cooperative organizations can play a major role in overcoming growth indifference within our cooperative movement. But to do so, as I see things, they must take a major role in facilitating collaborations not only within but outside the co-op family. If we want a fully cooperative society, we cannot act alone.

But perhaps my arguments are flawed or unpersuasive. In any case, I look forward to hearing other perspectives, and to considering these crucial, and thorny, issues in more depth – and face-to-face – at the ADWC 3 conference.