This article was originally published in 2007 as part of GEO Newsletter #72/73: Worker Coops Unite!

Waushara County Director of Human Services Lucy Rowley, obtained a grant from the State of Wisconsin’s Community Links program in 1999 to study the possibility of creating a direct care worker cooperative. “I read about a cooperative of direct care workers out in the Bronx in New York,” said Rowley, “and I asked myself: why couldn’t we do something like that here in Waushara County?”

Rowley wrote and obtained the grant which allowed the hiring of consultant Dianne Harrington. Harrington’s feasibility study showed a long-term need for home care workers in the county and also probed the likelihood that workers would buy into the idea of a cooperative. On this basis, Rowley gained another grant to assemble a business plan. Again, Harrington was hired to do the job. And then the women hit upon the mother lode. The U.S. Department of Agriculture had just hired a new Cooperative Development Specialist, Margaret Bau. Located in Stevens Point, just 45 miles from Wautoma, the Waushara County Seat, she proved to be an invaluable source of support for the project.

“We knew we wanted a cooperative and we knew it couldn’t be exactly like the coop in the Bronx,” said Rowley. “So we built the concept piece by piece as it would work in Waushara County.” The Bronx cooperative, Cooperative Homecare Associates, is designed to train mothers on welfare to enter the workforce as certified nursing assistants. While Waushara County wanted more direct care workers trained as nursing assistants, they already had a steady workforce in place.

“Our biggest need was to help the workers into an organization that would offer them workers compensation, a fair wage, and other benefits,” said Rowley. Cooperative Care did just that. Before the organization of the coop, workers in the county were considered domestic help and technically worked for the client they were caring for. Pay was low and there were no benefits, not even workers’ compensation. Rowley saw two main needs. One was to assure a quality workforce for aging and disabled citizens of Waushara County. The other was to give fair compensation to people doing this work. She saw the two needs as interwoven―each one dependent on the other. 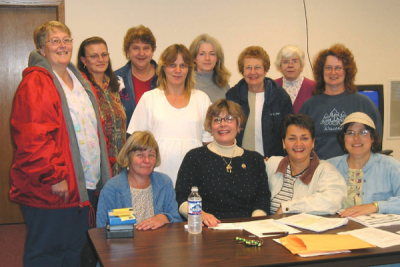 In a rural county such as Waushara, cooperatives are an accepted way of doing business. People living in rural areas frequently belong to electrical coops, farm coops, natural gas coops and others. The idea is not a foreign one to Waushara County citizens.

Cooperatives increase buy-in and participation from the workers. They also offer financial benefits to the worker. The control of the business lies in the Board of Directors. In Cooperative Care, all of the board members are member/workers who give direct care to clients. Board members experience the same on-the-job concerns as all the direct care workers. The board sets policy and oversees the financial and business interest of the cooperative. Any member can run for a board position.

Workers in cooperatives have a personal interest in seeing that the business is run efficiently and effectively. Any net profit at the end of the fiscal year belongs to members who worked in that year. Profits are divided up according to hours worked and the Board of Directors decides how much will be paid out to the members in cash. Money that is not paid out still belongs to the workers and it is held by the cooperative as retained equity. When members leave the coop, the retained equity is theirs and it is paid out over time according to the by-laws.

Forming the cooperative in Waushara County depended on the advice, support and help of numerous organizations and individuals. Besides the guidance of USDA’s Margaret Bau, Rowley and Harrington enlisted the help of Amy Pietsch from Community Action Program (CAP) to help with a business plan.

Mandatory meetings were held with the care givers in the county. They were educated about cooperatives and the business plan being developed in Waushara County. The workers showed interest, formed a steering committee, and eventually a board of directors. The board signed Articles of Incorporation and Cooperative Care was formed.

The next step was to obtain a business loan. With no capital or equity, the founders approached local financial institutions. The Waushara County Board was a key partner in this effort to raise capital. The Board showed foresight, trust, and commitment to the care of elderly and people with disabilities in the county―and to the workforce which keeps people out of institutions and in their homes. By offering and signing a contract with Cooperative Care, the County Board provided the stability needed for Farmers’ State Bank of Waupaca in Wild Rose to lend $125,000 in start up funds for the newly formed cooperative.

The Cooperative and the County

Projections indicated about a tewnty-six percent cost increase to the Waushara County to utilize the services of  Cooperative Care. This estimate was low and the increase ended up close to fourty percent. Rowley points out that Waushara County was paying exceedingly low wages to the workers before the coop was formed. Some of the increase must be seen as costs to bring the wages up to a fair and market level. 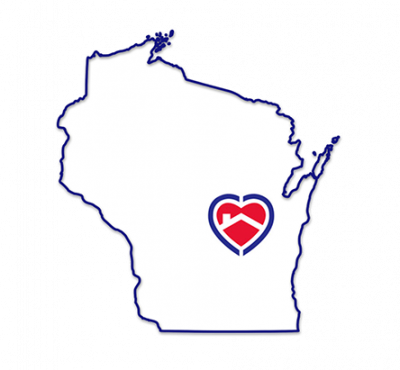 The initial increase in cost actually dropped, however, after the first year. The county was able to delete a position which did the scheduling for the workers. Also, rates were renegotiated downward in the second contract year. Finally, the county scrupulously took advantage of streamlining their procedures so that the staff could do more billable time as well as taking advantage of other ways to increase their revenue.

There are many benefits to the county. There is a more stable and better trained workforce. Tax dollars are going more directly to the frontline staff through a flat, low overhead cooperative business structure. More stable, decent paying jobs are now available in Waushara County. Cooperative Care workers now have workers’ compensation, paid personal leave, access to health insurance, overtime pay, holiday pay and other benefits. Workers have income to spend in the county.

Waushara County’s risk of liability for the care, health and safety of elderly and disabled citizens has been greatly lowered with the formation of Cooperative Care. Additionally, all issues between consumers and workers, coverage, training, and meeting employment standards are now the responsibility of the cooperative rather than the county.

Cooperative Care is now in its sixth year of successful operation [now 16 years, as of 2017. -ed]. Though Lucy Rowley retired in 2004, the cooperative is on firm ground. The following statement from Cooperative Care that distinguishes between an “owner vision” (a member of the coop) and the vision of an “employee” who works in a traditional work-site may help to explain Cooperative Care’s success:

At the time this piece was written, Kathleen McGwin was the Executive Director of Cooperative Care in Wautoma, Wisconsin.  She is currently an author and freelance writer.  Her books include Recipe for Community: How the growing, harvesting, processing and serving of food build community in Marquette County, Wisconsin.

HI,
How many workers are enrolled in your cooperative now? Also what is your annual turnover rate now compared to hone care agencies/ You have received a number of grants from the Cooperative Development Foundation to develop training and evaluation programs as part of your start up activities. Have you received any other grants and what have been some outcomes as a result of the grants you have received.
Thank you!
Sue Flanagan