Co-opted: The Fall Of The Natural Foods Cooperative And What We Can Do About It

Permanent link to this article: http://geo.coop/node/403

Nearly forty years ago small groups of eaters who were tired of crappy, industrial food began organizing into buying clubs and cooperatives to bring whole, organic, and local foods into their communities. But like the organic food movement generally, the food coops that were born out of resistance and a progressive vision have been co-opted by Big Food, industrial capitalism's need for the consolidation of wealth and power, and the American consumer's unceasing desire for fast food. Walk through any retail food co-op in the country and if you know what to look for you'll find shelves and coolers full of food from companies owned by General Mills, Kraft, Coke, Cargill, the colonial empire of Dole, and other top players in the global food industry. These transnational food corporations disguise their own organic brands with clever marketing or just simply buy up existing natural or organic food companies to add to their stables.

The rest of the supply chain is no better. Two big-time wholesalers - United Natural Foods, Inc. and Tree of Life - now account for 80% of distribution nationwide. Tree of Life itself is owned by an even larger European outfit called Koninklijke Wessanen, a Dutch conglomerate that is one of the largest food companies in Europe. UNFI gained their market dominance through acquisitions and in 2002 gobbled up the last two regional distributors, Blooming Prairie and our very own Northeast Cooperatives. 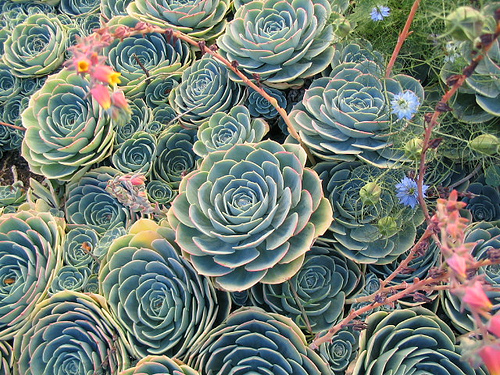 As for the eaters, the growing interest in organic foods has been jumbled together with the cultural demand for convenience creating this bizarre world where tv dinners wear organic labels and much of the food in co-ops leave the store in plastic, metal, or some other packaging. In order to increase market share, or often times just to survive, food co-operatives have jumped whole hog into the business of organic fastfood, devolving into miniature replicas of the supermarket industry for which it claims to be an alternative, right on down to store lay-outs and those annoying point-of-purchase displays of candy and magazines. Or rather, those that survived the rise of Whole Foods and the Wal-Martization of organic have devolved. The rest couldn't cut it and have closed up shop.

Sadly, the once vibrant organic and natural foods movement has been taken over by the very businesses and business models that the founders of food co-ops a generation ago set out to replace. Not helping matters is the food co-op's own desire to survive at any cost and the widespread belief that continual growth is necessary and even beneficial for small businesses. Add to the mix a conservativeness that comes from doing something a certain way for a long time and we end up with...well, go see for yourself.

In May I talked with some of the owners of the Good Tern Co-op in Rockland, Maine at their annual meeting. I took the opportunity to outline what I call the 'co-opting of food coops' and offered a number of actions that retail food cooperatives can take to develop and support local food systems, and in the process rediscover their roots as viable alternatives to an unjust, unsustainable global food industry. I was encouraged by the response and grateful when they didn't throw anything at me. It appears I am not alone in my concern about the present state of food co-ops.

In an attempt to challenge the status quo, and in the process radicalize a once radical movement, I have listed the nine recommendations I offered for retail food co-operatives that are serious about creating just and sustainable local food systems. This list is based on my ten years of experience in and around food co-ops and my work as a local foods advocate here in Maine. It is by no means an inclusive list and I welcome input and suggestions.

1. Stop thinking like consumers and start thinking like producers. Better yet, start becoming producers. The growing interest in and demand for local foods has revealed deficiencies in our local food systems, as communities find they lack the capacity to feed themselves. Also, think beyond food to other opportunities for local economic development. Herbal medicines, body care products, and housewares are all presently found in retail food co-ops and can be produced locally.

2. Recognize how retail food co-ops hurt the local foods movement. One way this happens is through the markups that raise the price of food coming from small-scale local farms, which is already likely to be priced higher than food produced on a much larger scale and distributed by wholesalers who exert their buyer power to push prices down even further. We may yet see the equalizing of this disparity as the cost of fuel continues to rise, but only if smallscale farmers can figure out how to keep their own fuel use to a minimum. Also, avoid forcing local producers to compete in their own local markets by importing foods that are in season locally. If there is not enough supply to meet local demand then use that as an opportunity to educate member-owners about the importance of developing local food production rather than simply ordering it off the wholesale truck. Co-ops must avoid stifling the rise of Community Supported Agriculture (CSA) and farmer's markets. This is direct competition for food co-ops, but the farmer-to-eater relationship serves the interest of local food economies and community food security, and eliminates the anonymity that has plagued our food system for nearly three generations. Cooperate with and support these direct market alternatives rather than compete against them. 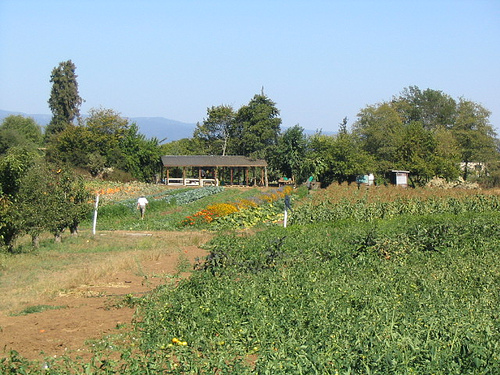 3. Think preparedness. How can retail food co-ops use their organizations to prepare their communities for the rising costs and potential shortages of fossil fuels? A good place to start is using the collective resources of member- owners to rebuild key local food infrastructure like root cellars, processing facilities, slaughterhouses, and the like. This will reduce the burden of farmers, reduce travel and shipping, create valuable and meaningful employment, and keep money in the local economy. If your store is considering expanding, consider diversifying instead.

4. Stay away from the National Cooperative Grocers Association (NCGA) and other national organizations that offer policy and best-practices on a one-size-fits-all approach. The only way to co-opt the relocalization of our food systems is by allowing ourselves to take direction from those who have no stake in our communities, or do not know the local culture and how that can help or hinder the development of local food economies. In the case of NCGA, they use the collective buying power of more than 100 retail co-ops nationwide to buy processed, packaged food in larger quantities, often from the transnational food conglomerates that have come to dominate the natural and organic foods industry. Pooling buying power is a useful and important strategy, but when it is used to cheapen food from Nestle, ConAgra, or the Altria Group (read: Philip Morris) then it does more harm than good. Keep local local.

5. Stop trying to compete with large grocery chains, including Whole Foods. In the early 1980's retail food co-ops peaked at around 600. Today there about 250 with 275 stores. Large grocery retailers have benefited from the mainstreaming of natural and organic foods at the expense of small stores, and retail food co-ops have hurt themselves by increasingly relying on the same supply chains as their larger competitors. The industrialization of the organic foods movement has made it easy for supermarkets to acquire foods that were once considered niche or specialty items. Many supermarkets have natural and organic food sections that are larger than entire food co-ops. Their buying power allows them to undersell their competitors or better absorb loss-leaders (products priced at or below cost in order to attract shoppers who then spend additional dollars during that trip). Think outside the box, and outside the box store.

6. Use your imagination. What does a local, seasonal diet look like? Or better still, what does it taste like? Identify foods that grow and store well in your region and develop a food culture and economy around them. Create a sense of place with the food you sell and eat.

7. Develop partnerships with local farmers beyond the producer/consumer relationship. Ask the farmers who supply your store how your organization can help them keep down costs or increase production. That could mean providing member-owner discounts for weeding fields, washing farm produce, or picking up deliveries from the farm.

8. Consider disbanding as a retail cooperative and re-organizing as a producer's cooperative a local foods buying club. Why pay people to ring up groceries and stock shelves when they can be paid to grow and process more of our food locally? As for the food that can't be produced locally, consider using collective buying power to purchase and import direct from farmers or other producer's cooperatives. AMaine farmer I know has developed a good criteria for this, which I call the 80/20 Rule: 80% from here, 20% from elsewhere produced by people we know and trust. The longer and more anonymous the supply chain the greater the chances are that workers, animals, and food lands and waterways have been exploited and degraded. In short, take responsibility for your sustenance. And don't worry, some eager entrepreneur will fill whatever void is created.

9. Recognize and acknowledge the power of food co-ops as organized groups of concerned and informed citizens. There are an estimated 250,000 member-owners of food co-ops in the U.S. alone. Every food co-op in the country has the opportunity to become a leader in the food relocalization effort and make lasting changes to the way their community does food. But only if those with a stake in these valuable cooperatively-owned businesses commit to putting their values into everyday practice and focus collective buying power locally. If it's not going to be those who value safe and nutritious food, fair economies, and strong communities who break the chains of food dependency and create thriving local food systems, who will it be?

Bob St.Peter is the Executive Director of The Good Life Center at Forest Farm in Harborside, Maine and co-founder of Food for Maine's Future. He can be reached at bob@goodlife.org.

Special thanks to oneVillage Initiative for making these photos available at http://www.flickr.com/photos/1village/ through the Creative Commons.