Why Not a "Strulture" that Combines Them? 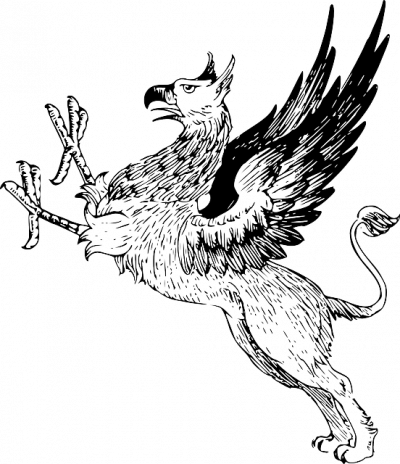 A new (or overlooked) relationship demands a new term: A “strulture” is a collaborative and mutually enhancing relationship between structure and culture. This relationship obtains, e.g., where:

A “democratic structure” (larger scale institutions and patterns of governance) and a “democratic culture” (attitudes and commitments at the local, grassroots, or inter-personal level) mirror each other, support and protect each other, and contribute to the overall accessibility, inclusiveness, growth, and strength of workplace/economic democracy.

Negative Examples (where the absence of one undermines the other)

In this case, we had managed to begin building a very close and empowering culture, one where the students could feel their own voices were heard and their talents appreciated.  But we poured all our time and energy into that, and totally neglected the structural or larger institutional context, failing to reach out (until too late) to our students’ parents or to other teachers and teacher organizations to create allies.  And, also, failing to look for potential support among outside allied organizations, such as Everyday Democracy – which is located in our state and had pioneered the use of citizen dialogue to resolve community problems – for assistance with the School District and its administration.  We were blind-sighted institutionally, despite our astonishing success in building a democratic culture. 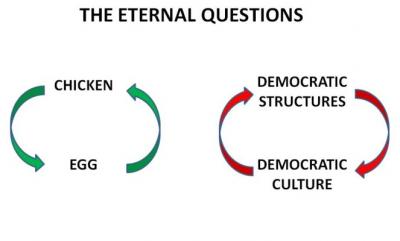 Lessons? – and an Example

We could try seeing the relationship here as analogous to that between the lyrics and melodies of a song. If one or the other is totally missing, you don’t have a song at all. If one is present but under-developed (schmaltzy or clichéd, for example), this weakens or degrades the whole song. And, if one overshadows or dominates the other, this will have the same result.

Beyond this, for a really great song, you need lyrics that resonate with, reinforce, enrich the melodies, and vice-versa. This is way more than merely fitting into the time spans or matching the sound strength (loud vs. soft) of one another. It calls for something akin to an art of collaboration.

One really fine example of this art is a process designed by poet, librarian, and writing mentor Wendy DeGroat, which she calls the “Kiva Feedback Ladder”.  Though originally designed as a mentoring guide, I think it can be readily applied to a host of other situations, including ones involving conflicts between individuals, organizations, loyalties, ideologies, etc. As such, it could help turn aggressive antagonists into collaborative allies.

Wendy sent me a pdf version of her ladder (see below), which is adapted from other writing mentor guidelines, e.g., Harvard’s Project Zero.  Here’s a question about it you might want to ask yourself: Shoud the Kiva Feedback Ladder be counted as an instance of “democratic structure”, or as one of “a democratic culture”; or should it rather be understood as a “democratic strulture” – playing a role in, and combining aspects of, both structure and culture?

Notice and name elements of writing craft. Describe what’s happening in the work without judging effectiveness/value.

Point out effective elements and explain their impact.

Ask questions about elements that confuse or concern you.

Why a kiva ladder?

Kivas are underground rooms found in ancient Pueblo settlements. Often used for spiritual purposes, kivas feature a small, round indentation in the floor called a sipapu which some believe represents the earthen gateway through which their ancestors arose onto this land. Imagine descending a kiva ladder as you discuss a creative work. Begin by observing what’s on the surface, then deepen the analysis gradually, each rung of the ladder moving you closer to the work’s core.

Resist adding judgments such as “I really liked that” or “that turned me off” to your observation. Notice, name, and summarize in a matter-of-fact manner.

Note: In conversation with me, Wendy mentioned yet a fifth rung of her ladder, one where the person being mentored is offered the opportunity to ask her mentor questions, or in other ways become an active contributor to or shaper of the dialogue.