Steps Towards a New World

Four Co-ops That Are Building a New Economy

On some occasions, rare though they are, the slogan “Another world is possible,” becomes reality.
~Raul Zibechi 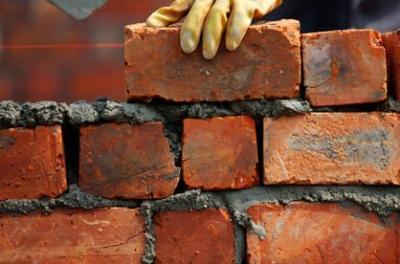 Nowadays the exit from the so-called economic crisis in Europe has become the main topic of conversation. Various politicians, “experts” and technocrats speak of possible exits from the critical situation in which our societies have been trapped. But their proposals rarely go beyond unlimited economic growth and neoliberal austerity politics, which are being imposed in increasingly authoritarian ways [1], the consequences of which are increasingly difficult to hide. The other alternative which is being presented to us by the mass media is the one of the radical left parties (such as the Greek SYRIZA and the Spanish Podemos).

But in the midst of the heated debates and worsening living standards, on the horizon has emerged a third alternative – one coming from the grassroots. Seeing high unemployment [2], activists from various social movements have decided that since the contemporary system cannot provide them with jobs, they’ll create them outside of it. Workers from the occupied factory Vio.Me. in Thessaloniki raised the slogan: “The bosses can’t? We can!” The populations of the impoverished European societies have gotten tired of waiting for the support of their governments and have decided to take things into their own hands. Seeing that the state is not planning on helping them, that it collaborates with the corporate sector who was partly responsible for the crisis [3] – and not its alternative – the people realized that they can count only on their own powers and the solidarity in their communities.

All across Europe have emerged, like mushrooms, horizontal structures, through which people try to manage their daily problems. Through such structures they strive to find alternative ways for satisfying their daily needs, which neither the private nor the state sector can satisfy. These “economic” structures take different collective and cooperative forms, covering various spheres of services, production, etc. Many of them are inspired by the practices of revolutionary movements around the world such as the Zapatistas in Mexico, the Movimento Sem Terra in Brazil, the “recuperated” factories in Argentina, and many others.

Here I’ll review only a few examples of such practices amongst the thousands which have emerged in the cracks that neither the state nor the private sectors can fill. They constitute one possible exit from the financial and political crises of today. And something even more, they seem to be promising steps towards another world, one based on real democracy and solidarity.

Fralib – factory under worker’s self-management in Marseille, France
Fralib [4] is an herb processing and packaging factory close to the French city of Marseille, France. A couple of years ago the previous owner, the chemical and food giant Unilever, decided to move its production of Lipton tea abroad in order to minimize labor costs. The 80 workers of Fralib held many campaigns for boycotting the corporation Unilever, demanding that the factory stay open. 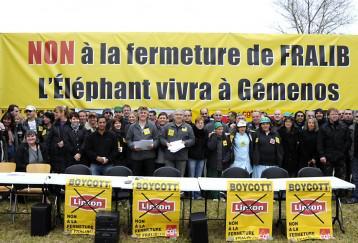 After this proved impossible, the workers decided to take production into their own hands. On May 26, 2014, an agreement was finally signed by the workers and Unilever, after which the factory officially became a cooperative.

Fralib is one of a handful of European factories that have been converted to direct management by workers. The direct-democratic management of factories is a practice with a long history – especially in Argentina where over 300 of these worker-run factories exist and over 13,000 workers are employed in them (see Report of the Fourth Survey of Recovered Businesses in Argentina, 2014). 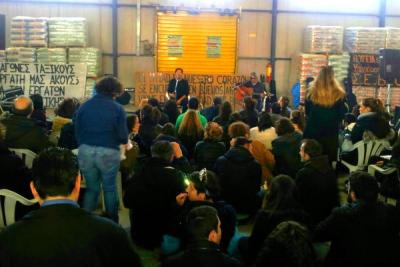 Vio.Me. – occupied factory under workers’ self-management in Thessaloniki, Greece
Vio.Me. [5] once produced high class building materials like plasters, glue, waterproof grouts, etc. During 2011, the ex-owners announced bankruptcy and stopped paying salaries to their workers. These events were followed by long struggles in the Greek courts by the workers, with the aim of obtaining legal control over the factory. After three years with no success, they decided to occupy the factory anyway.

On February 12th, 40 workers of Vio.Me. entered the factory and started production (mainly of washing and cleaning products). Since the occupation, the factory is being managed on the basis of direct democracy, with complete equality between the workers and no bosses! All decisions concerning Vio.Me. are being made in general assembly, and the salaries between all workers are equal. Each worker is an equal member of the factory, which guarantees its horizontal character. Their products are being distributed exclusively through the networks of the solidarity economy (social centers, consumer cooperatives, etc.).

Pagkaki – cooperative café-shop in Athens, Greece
The idea behind Pagkaki [6] was born after the first serious hits of the crisis in Greece, when a group of unemployed people started discussing possible ways for exiting the trap of unemployment. As declared on their website, most of them were engaged in precarious work in conditions hostile to any sense of dignity and creativity. They decided to try to create a new type of work space based on collectivity, mutual aid, direct democracy and solidarity between the workers. So in 2010 the café-shop Pagkaki was opened.

The cooperative belongs to all working in it. All decisions concerning the functioning of Pagkaki are made in general assembly, which is attended by all the workers. They have decided that if surplus revenues emerge after their salaries are paid, these will not be distributed among the Pagkaki members, but will go to paying the loans needed to open the co-op. The collective has decided that once those have been paid, this “extra” revenue will be used for financial support for other cooperatives and collectives.

The collective of Pagkaki, as declared on their website, prefers collaborating with producers from the alternative and solidarity trade, who share their principles of self-management and solidarity (as Zapatista’s coffee, MST sugar, etc.), while simultaneously trying to maintain prices that are affordable to all.

The New Leaf Co-op – cooperative shop in Edinburgh, Scotland
The New Leaf [7] is a cooperative shop, collectively owned and managed by the people who work at it. The idea of its creators is to find work in times when unemployment is high, but also to have this work embody democratic practices and solidarity. As their website says, The New Leaf Co-op offers healthy vegetarian food at affordable prices. They focus on organic, locally sourced and fair-trade products, with as little packaging as possible. 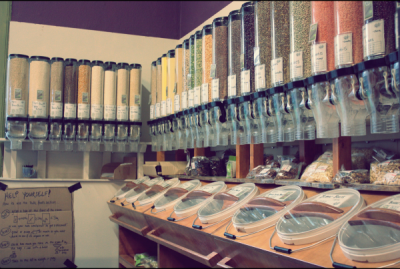 Their aim is to pay themselves a living wage while also being able to provide their customers with more healthy and affordable products. As with the Pagkaki, located on the other end of Europe, the workers of New Leaf Co-op have declared that they plan to channel a portion of their revenues toward other projects with similar positive/cooperative aims.

All members of the cooperative undertake equal amounts of responsibility in its management. All of them are equal co-owners. The management of the co-op is being done, as with all initiatives mentioned so far, on the basis of direct democracy and non-hierarchy. A decision is made when consensus is reached, i.e. a decision acceptable to all members.

These are just a few examples amongst the thousands of structures that now provide livelihoods for a growing number of people in Europe. These types of horizontal structures are now withstanding the crisis and helping those involved in them to lead dignified lives. Proof of this are the thousands of new such initiatives, which are continuing to emerge across Europe, inspired by the already-existing ones and their successes. These practices are not only offering economic alternatives, but also political, social and ecological ones. They are undoubtedly “cracks” in the contemporary system as defined by John Holloway [8], because in them the leading principles are participation and solidarity, not the alienation and hierarchy typical of capitalism and the state.

And these “cracks” are starting to build networks between each other. From some of the above mentioned examples, we can see that they interact and help each other (with products, financially, etc). Nowadays it is possible for people in Europe to cover some of their needs through the solidarity economy. The contribution of the internet to this is huge – thousands of websites exist, containing data and information about these structures and assistance networking between them and the consumers. Networks such as RIPESS [9] connect participants in the solidarity economy in Europe and around the world. Contrary to today’s dominant European institutions, which spread nationalism and oligarchy [10], the solidarity economy encourages direct democracy and solidarity.

But we must not have illusions that the solidarity economy alone can lead us out of the crisis or even towards a new world without the help and the struggle of a political force. However, we must not mistake this force with political party – the people, not only in Europe, but all across the world are losing their faith in electoral politics because of all the unaccomplished promises and the unsustainability which accompanies it [11]. Such force can be seen in movements struggling for autonomy, direct democracy and mutual aid, which share the same core values as the solidarity economy. And already, realizing that in order to have any chance for success there is a dire need for connectedness, anti-authoritarian and anti-capitalist movements from different European countries are forming networks such as Beyond Europe [12].

We can’t now say how these structures will develop in the future. The only sure thing is that they are promising signs that another world is possible and parts of it are materializing here and now, providing us with invaluable experiences.