Making Crypto-Currencies Work for Everyone 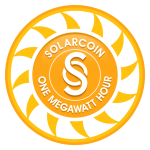 There is much misunderstanding about the proper basis for issuing currency, especially with regard to somehow limiting the issuance to ensure that the issuers are not over-empowered and the currency tending to worthlessness. With Bitcoin we have a new expression in our vocabulary, 'proof of work'.

This too is often misunderstood to mean that work provably done merits a currency reward, but if that were the case the amount of Bitcoin couldn't be fixed. in fact 'proof-of-work' cryptocurrencies entitle the worker to vote on which version of the blockchain is definitive, and enters them into a lottery to win the block reward.

Bitcoin is often criticised for costing large amounts of useless work - not only the cost of the electricity, but the cost of the arms race between miners. The more miners there are, the more electricity is consumed per new Bitcoin. So people are asking whether there might be other kinds of provable work with more social benefit.

Primecoin was the first example, instead of running pointless hashing operations, it was calculating large prime numbers which could be of service to maths maybe one day. Other projects could be envisaged, like SETI or crunching numbers for climate modelling. One project, Huntercoin, issues coins as beasts are slain in its game environment.

It works like this. Let us say that the money IS a proof of work. The coin is a crafted object using common materials which takes about an hour to create (and cannot be automated!!) If anyone in the economy needs money, they can produce a coin. So there would never be a shortage of coins. A shortage of coins would only be experienced if the economy was growing or if the rich were failing to circulate their coins (sound familiar?). In both cases the production of new coins would increase liquidity and keep the economy moving, which is the main function of money.

In this example again, the production of physical coins is not very socially useful, but what other kinds of work could serve as a legitimate basis for issuing money?

One design, Solarcoin, is issued in recognition of solar electricity generated, which is measurable and consistent. But I think that as soon as the proof of work is not mathematical, a human organisation is needed to manage the monetisable work, and measure the quality and quantity of work done. This makes a social proof of work not very practicable although it would make more sense if the currency were local.