An Interview with Melanie Conn

Article type
Repost
September 5, 2019
Authors
Each for All
Body paragraph 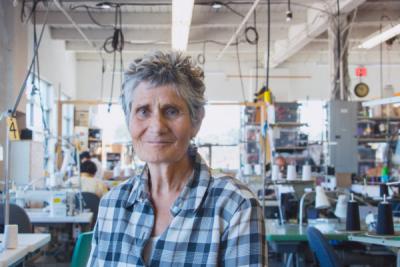 cross-posted from Each For All

“I don’t know if every “women’s thing” starts out because a woman was pissed off, but that’s been my history.”

Melanie Conn is a household name in many co-op spaces. She’s a Co-operative Developer with Devco, founding member and director for East End Food Co-op, CCEC Credit Union, Yew Street Housing Co-op, and Common Thread Co-operative. She’s also been involved in the founding of many women’s organizations, such as the Vancouver Women’s Health Collective, and the Women’s Economic Council.

Melanie revealed how her story with feminism started with a road trip and the discovery of the book Our Bodies Ourselves, by the Boston Women’s Health Collective, which led her to create women’s groups in Vancouver.

She also talks about her co-op journey, how she became a co-op developer, the co-ops she’s been involved with (of which there are many), and where her current passions lie.

This is an episode of our From the Archives series, where shows that got lost in our private archives now get their chance to shine. Because of the changing nature of time, some information may be outdated.

Each For All: The Co-operative Connection is a one-hour weekly current affairs and advocacy program bringing you profiles, interviews, and reports from the world of co-ops.