How Cooperation, Stress, and Social Position Effect Length and Quality of Life 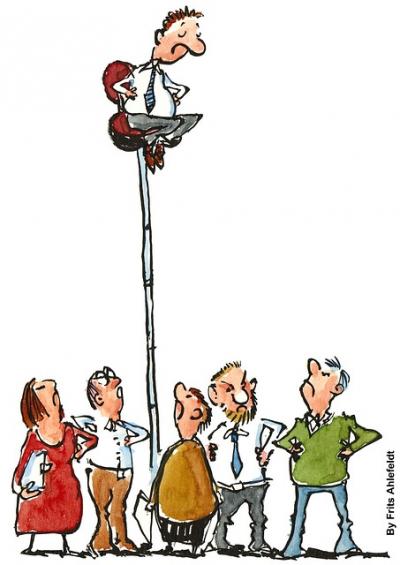 If there's one thing we American's love, it's a health fad. Whether it's the paleo diet, cross-fit, vitamin supplements or hot-yoga, we gravitate towards just about anything that promises us improved health and well-being. And why shouldn't we? Health is wealth, after all.

But what if, despite all of our focus on healthy eating habits and active lifestyles, we were failing to address one of the major health-destroying aspects of modern life? What if all of our work to reduce environmental pollutants and combat unhealthy habits were being undercut by or our failure to address a much more fundamental hazard?

New research into the determinants of primate and human health provides strong evidence that this may well be the case. Scientists studying African baboons and UK civil servants have come to the same conclusion, and their results are startling – and startlingly under-reported.

What is this neglected risk to our health, this invisible plague that diminishes both our quality and length of life? In a word: Hierarchy.  We now know with certainty that rigid hierarchies are bad for the health of everyone in them – except those at the very top.  But there’s good news too: according to the World Health Organization,  cooperative values and cooperative action are the prescription for combatting these negative effects.

It’s Good to Be King 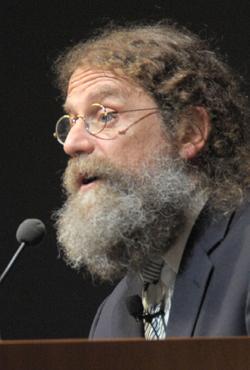 For decades, Dr. Robert Sapolsky has been studying the effects of hierarchy and stress on wild baboons living in the African savanna. His work was documented in the 2008 National Geographic Special Stress: Portrait of a Killer. Dr. Sapolsky has shown that the baseline levels of stress hormones in baboons who are low in the social hierarchy are consistently and notably higher than baboons at the top of the hierarchy. As one might expect, being at the bottom of the baboon pecking-order is a stressful thing.

As one might also expect, all of those stress hormones have an effect. Like other mammals, baboons and humans have adapted mechanisms to survive in a sometimes hostile environment. Stress hormones, and the physiological responses they trigger, are among those mechanisms. As Dr. Sapolsky explains:

What stress is about is somebody is very intent on eating you...and there's an immediate crisis going on...You need your blood pressure up to deliver that energy [to your muscles]. You need to turn off anything that's not essential. Growth, reproduction. You know, you're running for your life – this is no time to ovulate. Tissue repair, all that sort of thing: do it later, if there is a later.

However, the major problems faced by both baboons and humans come not from ravenous predators, but from each other. The major stressors in baboon life, much like human life, are social and psychological, not physical. Our bodies, unfortunately, have a hard time telling the difference between stress caused by someone trying to eat us and stress caused by being the constantly harassed by our social “betters.”  The latter situation isn’t life-threatening, but our bodies treat it as though it were, shutting down the immune system and cell repair processes just as if we were being attacked by a lion. 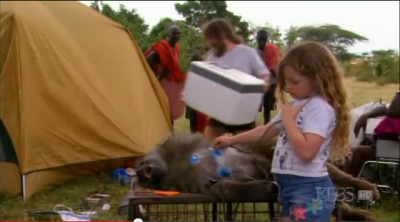 The health-effects of position in the social hierarchy were striking in Sapolsky's baboons. Low ranking members had increased disease and mortality rates, lower fertility rates and higher incidences of what can only be described as “baboon-depression” – all the results of being constantly under stress. And all of this despite the fact that each baboon, regardless of rank, had the same diet and overall lifestyle. Sapolsky had stumbled onto a direct link between hierarchy and health-outcomes on the plains of mother Africa.

But that shouldn't lead us to assume that the same is true in humans, should it? Our social hierarchies are, after all, much more civilized and humane than those of the lowly baboon, right?

The Whitehall I and Whitehall II studies, begun in 1967 and still ongoing, are longitudinal studies of health-outcomes for UK civil servants. The studies' authors compared health-outcomes over time for men and women in relation to their grade in the service. The results are stark, and mirror closely the findings of Dr. Sapolsky.  In the words of Sir Michael Marmot, principal investigator:

We're dealing with people in stable jobs with no industrial exposures and yet, your position in the hierarchy [is] intimately related to your risk of disease and length of life. 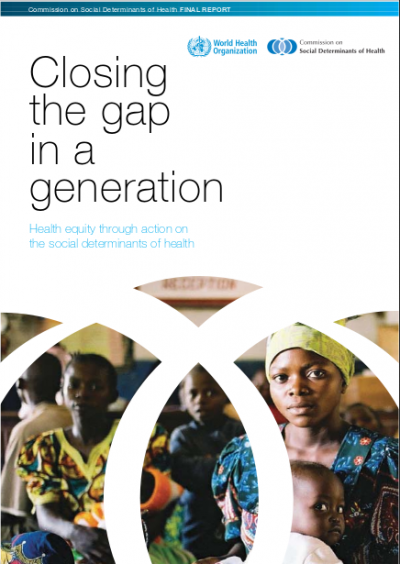 Drawing in part on the findings of the Whitehall studies, the World Health Organization's Commission on Social Determinants of Health (CSDH) had this to say in their report Closing the gap in a generation: Health equity through action on the social determinants of health :

Strengthening health equity – globally and within countries – means going beyond contemporary concentration on the immediate causes of disease. More than any other global health endeavour, the Commission focuses on the ‘causes of the causes’ – the fundamental global and national structures of social hierarchy and the socially determined conditions these create in which people grow, live, work, and age. 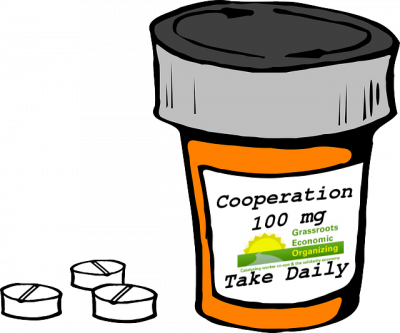 What many cooperators have known intuitively for a long time, now turns out to have empirical, scientific grounding: hierarchy is bad for your health (unless you happen to be on the top).

Actually, that formulation might be a little too broad.

It's not hierarchy per se that seems to lead to stressed-out, unhealthy individuals – it's the felt lack of control over one's life and environment that generally accompanies having a low position in the hierarchy. The more stratified and rigid the hierarchy one finds oneself in, the more stress that results from not feeling in control of one's situation, and the worse one's overall health and life expectancy [1].  Stress by itself can actually be invigorating – like the stress of exercise or of watching a scary movie – but when combined with a feeling of helplessness, it becomes an overwhelmingly negative experience.

And, of course, in rigid hierarchies, powerlessness is not just a feeling – it is a reality.  Many of us who do not work in the cooperative field are familiar with suffering the consequences of decisions in which we have had no say, and of not having control over the results of our efforts and ideas.  The very structure of our non-cooperative workplaces all but guarantees the majority of us will suffer the same negative health effects documented by doctors Sapolsky and Marmot.

In order to avoid these deleterious effects, our hierarchies – if we're going to have them at all – need to be relatively flat and provide a maximum of voice and agency for the individuals involved. In short, they need to be a organized like a co-op.

Those of us who have spent time toiling in the depths of rigid hierarchies – whether they be at work, in the home, or in society at large – know from experience the damage that living with constant stress and anxiety can produce, both psychologically and physiologically. Those of us who have been lucky enough to live and work in cooperative situations, where cooperative values predominate, know also how good such a situation can make us feel – even when the inevitable difficulties arise.

If we are interested in building an economy and a society that promotes health rather than destroys it, that supports human happiness instead of human misery, and that takes advantage of the best scientific evidence available, we must commit ourselves to promoting cooperation and cooperative values in all areas of life.

Often in the cooperative and solidarity economy movements, we make the case for our alternative systems on the basis of their inherent justice or fairness. Sometimes we also claim that our systems are more efficient, productive or profitable, and often enough they are. But now we can start making a new argument: co-ops will improve your health, improve your quality of life, and increase the amount of time you have to enjoy it all.

"Give people more involvement in the work, give them more say in what they are doing.  Give them more reward for the amount effort they put out and it might well be that you'll have not only a healthier workplace, but a more productive workplace as well."

Rigid hierarchical arrangements, where a few hold decision making power over the many, are destructive to the health and well-being of everyone in them, save those at the very top. If we are interested in building an economy and a society that promotes health rather than destroys it, that supports human happiness instead of human misery, and that takes advantage of the best scientific evidence available, we must commit ourselves to promoting cooperation and cooperative values in all areas of life. It's up to us to make cooperation the next great American health fad – and to make it one that lives up to the hype!

[1]  Which makes the recent coining of the word “precariat” even more disturbing.  We now have so many people dependent on freelance and occasional work – i.e. people with little control over their work and income – that we've had to create an entirely new word to describe their predicament. [back]

Josh Davis is the Content Manager for GEO.  He lives, works and cooperates in Missoula, Montana.  He can be reached by emailing josh@geo.coop