This final installment in our series of articles on the 2014 Worker Coop Academy in Oakland, California takes a look at well-established co-ops, or “expanders,” and how they grew through participating in the course. The WCA was open to co-ops at all different stages of development, so some of the participants were start-ups while some have existed as cooperatives for many years. The idea behind this diversity of backgrounds was partly experimental—to try a bunch of things out in the first year and see what stuck—and partly to encourage that desirable catalyst of innovation: cross-pollination. Younger co-ops could learn from more experienced co-ops and vice versa. The expander attendees of the WCA were Mandela Foods and DIG Cooperative, two East Bay-based collectives that originally were born from non-profits. The teams had many years of cooperative experience and were drawn to the WCA for different reasons. Through the rigorous collaborative projects and expert support, each team changed something different about the way they were doing business.

Community Health and Wealth at the Grocery Store 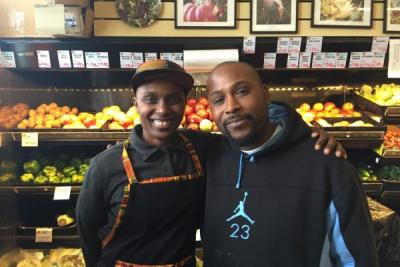 I first visited Mandela Foods Cooperative, a grocery store in West Oakland, late one morning in February, when Adrionna Fike, a worker-owner originally from Southern California, was well into her workday. Stacking half-pints of homemade hummus and other spreads into the refrigerator, Fike explained that after studying consumption in college, she spent some time at a Johnny Rocket’s at Six Flags. There, she was trained in the mantra of “Don’t pass it up, pick it up,” the corporation’s exhortation to imbue a sense of employee ownership. Seeking out a more intentional and empowered workplace, she found Mandela Foods, where she is now one of four worker-owners who share patronage as well as decision making.

The idea behind Mandela Foods Cooperative was spurred by a community engagement effort to address food insecurity in West Oakland. Recognizing that West Oakland was an intentionally red-lined and disinvested community, Mandela MarketPlace, a 501(c)3, incorporated Mandela Foods in order to support residents’ efforts to attract investment and resources, as well as provide training and technical assistance. Since then, Mandela Marketplace has expanded its work to improve health, create wealth, and build assets through cooperative food enterprises in West Oakland.

Mandela Foods officially opened its doors in June of 2009 as a worker-owned cooperative, full-service grocery retail store, and nutrition education center. Mandela Foods both provides jobs for low-income residents to build their economic security through business ownership and increases the neighborhood’s access to healthy food. Additionally, it is written in their bylaws that once the business starts generating profits, a portion of those profits will be shared with the larger community through matched savings accounts at the West Oakland Credit Union. The idea is that when Mandela Foods profits, so will the entire community.

Mandela Foods chose to attend the WCA in 2014 because the worker-owners felt that they needed to solve some business problems; they were struggling with process mapping and project management. As Fike explains it, they faced one common challenge of worker-ownership: they spent so much time working in the business that they didn’t often have time to work on the business. Mandela Foods’ final project for the course was to rework their produce department to make produce the “crown jewel” of the grocery store. They wanted to sell more fruits and vegetables by consistently achieving that gorgeous grocery store abundance that customers of supermarkets have come to expect. Mandela’s produce distributor was also associated with the WCA course, so the two groups collaborated to map out and implement a distribution schedule. Fike says the changes were immediately effective--they streamlined the logistics of delivery and unpacking so as to optimize their display. In this case, the WCA effectively created a space and a regular time for the worker-owners to improve their business plan with help from the teachers and fellow co-operatives attending. 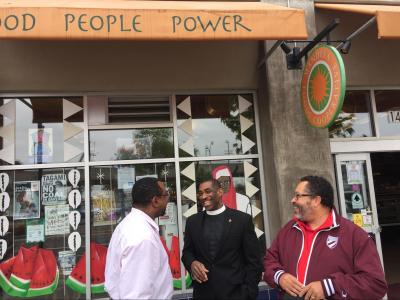 Mandela Foods had attended a development program for conventionally owned enterprises previous to attending the WCA. They found the experiences vastly different: not only did the WCA help address the specific needs of being a co-op, but it most importantly held participants accountable for completing and presenting a project. They supported teams with ongoing feedback and consultations in the process. Fike felt that the most valuable offerings were the “human resources,” sitting down with humble, expert advisors who cared and could share information from their hearts.

The WCA was one piece of what the folks at Mandela see as essential infrastructure for Bay Area co-ops--Fike identified this as a need for “stable institutions” in order for a co-operative community to thrive here in the East Bay Area. She said the Sustainable Economies Law Center was one example of a reliable body, in contrast to, as she put it, “people who come in as consultants who we never see again.”

When I went back on a Monday in May, Fike met me on what was supposed to be her day off—she found herself checking people out anyway as she told me about their new hiring process. In the last few months, they have acquired a new point-of-sale system to computerize checkout while also going through some worker turnover—both big changes for a relatively small business. This spring, Mandela has been significantly under-staffed, with three workers who cover shifts seven days a week. Fike says that though this has been a struggle, it has also turned out to be an opportunity to work more closely with each other—they have been forced to use better communication and deeper cooperation.

Mandela Foods has found that the WCA has had lasting utility--Mandela has worked with interns from the East Bay Community Law Center (a participating organizer of the WCA) in the months since the course to write a new employee handbook. Mandela’s next project, also done in conjunction with the EBCLC, will be to rewrite their bylaws, also with help from EBCLC interns. They have remained connected to the co-operative community by participating in SELC events and even by presenting at the California Co-operative Conference in Sacramento last month. Otherwise, Mandela plans to work their co-op networks for support with their next big project, which will be a revisioned marketing plan.

In order to work on that, they plan to use the WCA experience as a model for structuring their own projects. As Fike said, “All we need to do is carve out time and be held accountable” for accomplishing projects. To this end, Mandela is formalizing an advisory board of former interns, loyal customers, and others to provide oversight, accountability, and feedback.

Our other “expander” in the WCA, DIG Cooperative, was incorporated in 2006 when a group of builders and ecologists converged to build a public demonstration greywater system at the EcoHouse, which was part of the Ecology Center in Berkeley. “Greywater” is the term for reusing wastewater from relatively clean uses (like taking a shower or washing your hands) within a site for “dirtier” uses (like flushing a toilet or watering a landscape). It is cutting-edge plumbing that conserves astounding amounts of water--something badly needed in drought-ridden places like the Bay Area. DIG implements greywater systems in commercial, residential sites, and even in bigger institutions like elementary schools or cities. 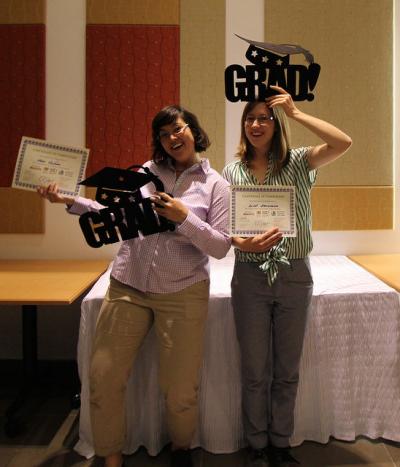 Since DIG’s incorporation, many worker-owners have passed through the organization, with five currently sharing ownership. Anya Kamenskaya and Maria Williford are two of the current owners who attended the Academy; they chose to apply for the WCA when their co-op realized, a few months prior, that they “didn’t have a business plan.” While they went in with this objective and spent most of their project time on making one, during the course of the Academy they also became aware that they needed to rewrite their bylaws to better reflect the goals and nature of the current DIG Co-op.

Overall, Kamenskaya reported, “the Academy helped us crystalize our Business Development goals, and then to break down those goals into concrete steps or phases.” Again, the rigor with which the WCA treated and supported groups’ projects seems to have been one of the most helpful parts of the course. DIG also found that the “the immense support and community that we were immersed in during the Academy injected more excitement and vigor into the culture of our cooperative.”

There was detail-minded entrepreneurial training as well as cultural training, both “innumerable pieces of ‘brass tacks’ business advice” and “helpful cultural/continuing education tips specifically for the health of a co-op business.” Both aspects helped DIG map out a business plan through the help of the teachers and their fellow co-operatives.

As the groups from New Hope Farms, On the Spot Massage, and Sarana Community Acupuncture also emphasized, one of the most important takeaways DIG had from the WCA was the camaraderie and the support—as Kamenskaya put it, “We are not alone in our struggles! Just about all of the challenges that we face, other cooperatives have faced.”

Off to a Good Start

DIG Co-op entered the WCA with a specific goal: to make a business plan. Mandela Foods had a similar commercial imperative: to streamline their business processes. DIG came out with a new business plan and a map for rewriting their bylaws; Mandela came out with a reworked produce system as well as the tools to continue improving other systems.

After our second conversation, I asked Adrionna Fike from Mandela Foods,if she wished they could go back to the Worker Cooperative Academy. Without hesitating, she said yes, she wished the co-op could keep “deepening our understanding” and improving their cooperative in such an intentional way year after year. This first run seemed unanimously to be a good start, and the organizers are already reaching out to new applicants and refining their curriculum for the fall of 2015.

One major difference, Ricardo Nunez of the SELC told me, will be the balance between co-operative material and business material: in order to cover the lessons of co-operative culture and processes more thoroughly, they hope to send one or two members of each co-op team to a simultaneous business course. Being experts in group processes, the WCA organizers took feedback seriously in the hopes of supporting co-ops more effectively every year. From the success of its first year, it seems likely that the WCA will continue to serve as one of many “stable institutions” that can cultivate and support worker-owned businesses in Oakland and around the East Bay for years to come.