[Editor's note: below is an article from our archives, originally published in 2003 in GEO Newsletter #58, "Workplace Democracy in the US".  While it appears that Blue Moon Bakery and Café is no longer in operation, Community Builders Cooperative is still a going concern in Somerville, MA.] 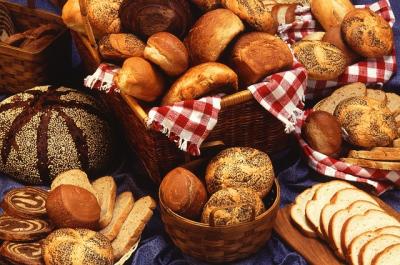 In the ECWD (Eastern Conference for Workplace Democracy) workshop on democratic values and accountability, Carol Haack and Stephen Prieston described two very different worker co-ops and how they ensure accountability. Carol described a cooperative restaurant, the Blue Moon Bakery and Café. The bakery had converted from a privately-owned business to a worker co-op three years ago. When it was privately owned for its first eight years Blue Moon had suffered from high worker turnover and had never turned a profit, despite producing great food.

In order to cope with these discouraging facts, the new cooperative bakery instituted a very structured system of accountability. Work is divided among five teams: bread, front end, pastries, café and SCOPE (Support, Coordination, Organization, Proficiency, Education) which is made up of a representative of each of the four "functional" teams. Each functional team sets monthly sales/profit goals, and gets weekly reports comparing actual sales/profits to goals. Teams are rated on a three-point system on their ability to meet those goals, and it is up to team members to address problem areas within the team, requesting help from an outside "coach" if necessary.

Revenue sharing is partly tied to the success of each team; success being measured in the team's ability to manage itself effectively as well as profitably. In an attempt to ensure a compatible fit, new workers are given six months to decide whether they would like to be worker-owners. Those who choose not to become worker-owners leave the business. It is hoped over time that the bakery will develop a core of dedicated worker-owners. The bakery co-op turned a profit for the first time last year. 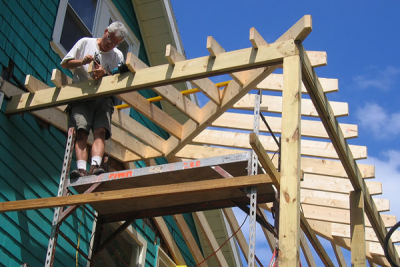 Stephen Prieston described a very different style of accountability at Community Builders Cooperative (CBC), a design, cabinet-making, and construction company. CBC was born in the political ethos of the late 1970s. Working alone, or for bosses, or in the construction union was hierarchical and alienating. The worker-owners of CBC wanted to create a workplace based on mutual aid, which would generate enough income to support themselves and their families.

CBC does housing and commercial renovations and consists of nine worker-owners. Their business is generated by word of mouth. Everyone in the coop gets equal profits from all the projects based on the number of hours they work each year. They can compete with traditional construction firms because CBC's customers know the workers own the business, ensuring high quality work.

Accountability at CBC is developed through a sense of ownership of the workplace based on three major characteristics: Direct democracy: all the members meet together regularly to make the decisions - there is no manager. Consensus decision-making: they use this process of working together to build decisions all can agree to. Equal wages: they are all paid the same hourly rate regardless of the type of work they do (carpentry, office work, demolition, etc.); this eliminates external market forces within the group's internal dynamic, and creates a setting of mutual aid and value.

CBC has weekly meetings to discuss projects and how they are going to get them done. They also have quarterly and annual meetings to give everyone a chance to work on larger issues. Steve stated that the great advantage of the direct democracy/consensus process is the feeling of ownership of the decisions they create. Issues are examined by the workers themselves, and evolve to include a variety of viewpoints, avoiding the alienation that can accompany decisions coming from majority votes, managers or committees. Since the workers respect the decisions they themselves create, the accountability is already built in.

Thanks to Carol Haack, Susan Bob and Stephen Prieston for providing this information.

A New Journey with New Allies