Basic Income and the Growth of Economic Democracy 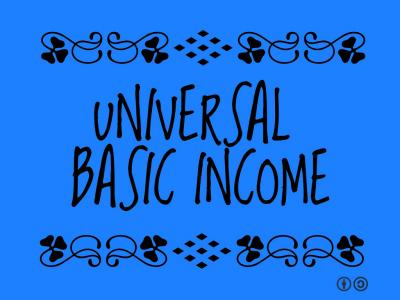 For those who see worker cooperatives and other forms of economic democracy as the alternative to capitalist enterprises and the seeds of an alternative, egalitarian society, there are at least three paths one might envision to that egalitarian society. First, one might imagine worker control legislated by the state, enfranchising all workers (at least of enterprises above a certain size) with rights of representation or ownership in their workplaces. This is unlikely to happen in the United States without a radical displacement of Democrats by independent leftist legislators, or the equally unlikely takeover of the Democratic party  by leftists. Absent this egalitarian commitment, even a rare economic crisis such as the 2008 meltdown, which resulted in temporary state ownership and control of vast financial and capital assets, will not result in an expansion of the commons, or an extension of democratic rights in the workplace.

A second route is the steady displacement of capitalist enterprises by cooperatives, in virtue of the superior efficiency of the latter. While there is significant evidence of efficiency advantages of worker ownership, especially when combined with worker participation, if this path were realistic, we would by now have in the US and other countries much larger cooperative sectors than we now see. Market competition, then, is insufficient for a democratization of the capitalist economy.

What we are left with as the third possibility is the slow, steady, development of cooperatives, public banks, and other seeds of economic democracy, the occasional seizing of an opportunity for favorable legislation like that which led to the flourishing of ESOPs, study of existing cooperatives and other forms of economic democracy for best practices, all with a view to developing a cooperative sector of the capitalist economy. The further expansion of this sector would require the coalescence of political forces that is not easy to produce or foresee, but an indispensable condition is the existence of a sector to expand.

Erik O. Wright has described a basic income as a “permanent strike fund.”

All this brings me to basic income. In the course of writing Self-management and the Crisis of Socialism, I came to the realization that the democratization of work—work as we know it—could not start with a model of work that was fast disappearing: work in full-time jobs, over a decades-long career, in a single company. Already in the 1990s, people entering the labor market were finding themselves in part-time, temporary, employment, in and out of the labor market, seeking further education and training, etc. If anything, these trends have accelerated, under pressure from global competition, and even more, automation. The old model of work was paired with an old model of the welfare state, in which all income not going to capital or government goes to labor, with exceptions for old age, disability, involuntary unemployment, and poverty. What we need today is a partial decoupling of income from labor, for many reasons.

First, we should acknowledge that there is much useful work being done outside paid employment: child care, elder care, community service, etc. Second, precarious employment is insufficient to enable people to meet their basic needs and live a life of dignity. An income floor independent of wages will enable people (a) to refuse the low-end, and poorly paid jobs, and bargain with employers for better conditions, and (b) to take on fulfilling employment, internships, and other work that without the income floor would be economically infeasible. In both respects, a basic income, of say $12,000 per year, can help in the development of cooperatives. Erik O. Wright has described a basic income as a “permanent strike fund.” And so it would enable workers more easily to withhold their labor from employers paying too little or offering unsafe working conditions, or in some cases, to become worker-owners. Wright also sees a basic income as a capital fund, giving workers resources with which to start cooperatives.  Recall that the Mondragon Caja Laboral Popular was capitalized by donations from the community. Basic income could be a source for such capitalization, particularly if paired with policies encouraging such use of a basic income. Basic income alone may not lead to these results, but the unconditional nature of the cash, and its fungibility, are much more enabling of such alternatives than temporary, conditional, and means-tested benefits. If we truly believe that workers, if free, would choose cooperation over workplace oligarchy, then give them the resources to exercise their freedom.

It may be objected that basic income is no less utopian than economic democracy. Why should we waste our efforts campaigning for it? However, it does seem to be moving from the margins toward the mainstream. Outgoing president Barack Obama said that something like a basic income may need to be considered as the effects of automation spread. Robert Reich, Bill Clinton’s Secretary of Labor, has been saying this repeatedly and more forcefully. Prominent billionaires like Mark Zuckerberg have begun calling for basic income as a necessary complement to automation. And places from Finland to Ontario have been launching basic income pilot programs. We need to take care that the kind of basic income is not the right-wing version that displaces needed public goods like health care and education, and leaves the less advantaged worse off.

Nevertheless, basic income can be introduced by degrees, and in conjunction with other needed policies. Confronting climate change requires a carbon tax (or cap, with auction of permits). To avoid the inequity of regressive consumption taxation, and to get people politically on board with a steadily rising tax over decades, it makes sense to distribute the proceeds as dividends, which, as the policy ramps up, will be at the same order of magnitude as Alaska’s Permanent Fund Dividend. Although not enough to enable anyone to refuse a job, such income could still give workers bargaining power, and some extra resources with which to form cooperatives.

Michael Howard teaches Philosophy at the University of Maine, and is the author of Self-Management and the Crisis of Socialism and the coordinator of the U.S. Basic Income Guarantee Network.