Action Plan for a Co-op Nation

5 Ways to Scale-Up the Cooperative Movement

[Editor’s Note: this article by Tony Patterson originally appeared on the Co-op Canada Accelerator blog in June of 2013. One year is an eternity in internet-time, but the suggestions Patterson makes have relevance today as much as last year, and in other countries as well as in Canada.] 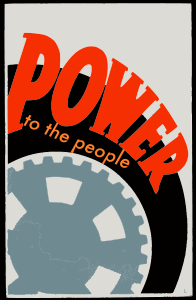 The new year dawns and the International Year of Cooperatives is history. Up for action is ICA’s Blueprint for a Co-operative Decade, the “2020 Challenge”.

The challenge is to ensure that co-ops become the fastest growing form of enterprise by 2020 and that the cooperative model, with its strong popular support, be acknowledged as the leader in economic, social and environmental sustainability.

Who could disagree? In Canada there are about 9,000 co-ops with 150,000 employees and more than $250 billion in assets. Non-financial (consumer, producer, worker) co-ops do $35 billion a year in business. Financial co-ops (credit unions, mutual insurance) are even bigger. All in all, there are 18 million Canadian co-op members. It’s a start.

ICA puts a framework to this challenge with a fivefold “overarching agenda”:

First, elevate participation within membership and governance to a new level. If co-ops were a football team, Coach ICA would stress conditioning. It’s meant to reinforce a core value that provides strength to the co-op model.

Second, position co-ops as builders of sustainability. Here’s a concept both new and significant. Sustainability isn’t universally associated with cooperatives. That started to change in Canada a few years back when Québec’s Ministry of Industry and Commerce released a study showing the long-term survival rate of co-op enterprises is almost twice that of investor-owned companies. A reputation for sustainability, ICA believes, will help cooperatives attract members and also provide a benefit that economists, lawyers and legislators will respect.

Third, build the co-op message and secure the cooperative identity. This has been on the agenda for roughly a century.

Fifth, secure reliable sources of capital while guaranteeing member control. The search continues for appropriate and realizable forms of capitalization.

With the exception of sustainability, a value apparently lying unrecognized within the co-op model since its beginnings, there’s not much in this agenda that ICA hasn’t been pushing for many years,

Of course there’s a new urgency around the old objectives, a feeling that this is the time. It’s obvious that the current financial system is up for reorganizing. Why shouldn’t a system that has proved itself stable, sustainable and socially supportive over many years be part of the solution? On the flip side a number of social capital (“high impact investing”) models are being tried that might become highly competitive with co-ops, particularly for whatever public funding is available. The playground will be further confused by upcoming Beneficial Corporations in the United States, Community Contribution Corporations in Britain and other attempts to mobilize private capital for social good, including a current “call for concepts” on social finance by a Canadian ministry (HRSDC). Moreover, traditional capitalist enterprises are finding new ways to combine social responsibility and marketing.

Even the renewed emphasis on participation and governance (No. 1 on the “overarching agenda”) has to do with competition. ICA cites “new network-based movements such as Occupy, and profit-seeking ventures which engage with audiences and consumers in new interactive ways.”

In short, there’s a lot of chaos out there and a lot of opportunity. For those who want to go for it.

That’s the real question as we enter IYC+1. Who wants to go for it? Who’s going to lead the charge? Who wants to make co-ops in Canada the fastest growing form of enterprise and the leader in economic, social and environmental sustainability by 2020?

Here’s what ICA thinks. “Individual cooperatives are focussed on meeting the needs of the people they serve and running their business. It is the role of the national bodies and the ICA to undertake activities which will support cooperatives in the long-term.”

Well, maybe. If it’s going to happen at all, it will require ten thousand seeds germinating. There’s a place for everybody, room for anybody who wants to accept the 2020 Challenge. This includes the “national bodies and the ICA.” They are well-meaning but, in Canada at least, they’ve been less than effective at stimulating markets or public policy into co-op alignment.

So the who isn’t entirely clear at the moment, though our nomination is on record.

As to how, here’s Accelerator’s action plan to make Canada a co-op nation by 2020:

First, embed the cooperative summit in Quebec City as a biennial mix of the best and brightest of the co-op sector with global opinion leaders and decision makers. The inaugural event last year was a resounding success, attracting thousands from around the world. The international movement gains by establishing a “Cooperative Davos” and the spotlight it shines will beam brightly at home.

[UPDATE 1/9/13: ICA confirms that its Board has agreed ("unanimously") to co-host the Second International Co-op Summit and that "Desjardins is moving forward positively on a follow-on in Québec City in October 2014." It would appear that the first part of the action plan is well underway. It remains for Canada's co-op sector to make maximum use of the opportunity.]

Second, compile a needs and wish list. What do co-ops really want? Priorities would be set through an intense consultation process.

Third, establish a new and highly visible coalition of cooperatives. This would not replace anything but be an addition to what now exists. Its focus would be on government. All associations and major enterprises, including Ag, Mutuals, CUs, CCA, CHF and Quebec equivalents would be invited to join the coalition and help deliver high level contributions to current policy questions and, when appropriate, speak to power with a united voice on behalf of members.

Fourth, multiply capital ambitions 10X. The $20 million fund that is currently being promoted within the movement is a paltry sum. There’s talk about maybe, someday, raising it to $40 million. It just advertises how small the ambitions are. Three years ago, when the now-doomed Cooperatives Secretariat convened a policy forum for cooperators from across the country, the consensus was for a Cooperative Development Fund “starting at $70 million.” If any part of the hope for co-op development is that it show up on the economic system’s radar, $200 million is about the minimum. A quarter billion would be even better. That’s what it cost recently to renovate the Museum of Nature in Ottawa. It’s little enough on the scale of things today.

Fifth, firm up alliances with labour, first nations, territories and look for others with similar objectives and values (environmentalists, immigrants).

Sure it’s a handful, this action plan. But the movement has set a great challenge--to get government to level the playing field so that co-ops can be more fully integrated into the larger economy. If we’re going to be serious about it, a full hand is what we want to play with.

Tony Patterson lives in Ottawa in a boutique housing co-op called Catalpa. This is where his interest in the world of cooperatives originates. He kicked up his participation a level once the UN declared 2012 the Year of Cooperatives. In July 2012 he wrote Catalpa's submission to the House of Commons Special Committee on Cooperatives. In October 2012 he was a participant at the IYC International Summit of Cooperatives in Quebec City, and also at the preliminary IMAGINE conference on co-op economics. That same month he launched CO-OP CANADA ACCELERATOR, the blog about communications and community engagement. He loves Quebec City, where his first European ancestors landed almost 350 years ago.