[Editor's Note: the following is excerpted from Jessica Gordon Nembhard, 2014, Benefits and Impacts of Cooperatives. White Paper, February 2014. You can find the full report  here.]

Cooperative businesses are community-owned private enterprises that combine consumers with owners, and buyers with sellers in a democratic governance structure. Cooperatives solve the general economic problem of under or over production, business uncertainty, and excessive costs.  Cooperatives address market failure and fill gaps that other private businesses ignore; such as: provision of rural electricity or other utilities in sparsely populated areas, provision of affordable healthy and organic foods; and access to affordable credit and banking services, to affordable housing, to quality affordable child or elder care, to markets for culturally sensitive goods and arts. 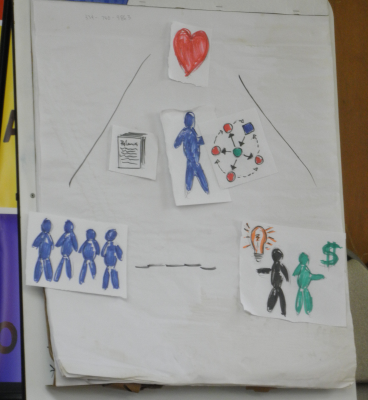 Cooperative businesses stabilize communities because they are community-based business anchors; and distribute, recycle, and multiply local expertise and capital within a community. They pool limited resources to achieve a critical mass. They enable their owners to generate income, and jobs, and accumulate assets; provide affordable, quality goods and services; and develop human and social capital, as well as economic independence (Gordon Nembhard 2002, 2004b, 2008a, 2014; Fairbairn et al 1991; Logue and Yates 2005; WAGES no date; Yes! Magazine 2013). In addition, co-op enterprises and their members pay taxes, and are good citizens by giving donations to their communities, paying their employees fairly, and using sustainable practices (Gordon Nembhard 2013; Iowa Association of Electrical Co-ops. 2011).

Specific examples of benefits from cooperatives include:  Food co-ops spend more revenues locally, buy more products locally, buy more organic produce, recycle more plastic, and create more jobs than conventional grocers. For every $1,000 spent at a food co-op, $1,606 goes to the local economy; for every $1 million in sales, 9.3 jobs are created (Yes! Magazine 2013). Credit unions approve more mortgages for low-to moderate income households, have lower denial rates for all nonwhites, and have lower loan delinquencies while doing more lending than commercial banks during the great recession (Yes! Magazine 2013). WAGES - the organization in California that develops women's ecological cleaning worker cooperatives - has found that before working in and owning the house cleaning co-op Latina's had a median income of $24,000; but after owning the co-op their median income is over $40,000 where the national median income for Latino households is only $38,000. So ownership in the co-op has put their income higher than the national average for their ethnic group (WAGES no date).

Policy recommendations include: increasing awareness of and information about cooperatives among the general public and government agencies and employees; expanded, less restrictive, and more uniform co-op laws (at state and federal levels); enabling laws and supportive infrastructure, particularly for startup, capitalization, and financing (at all levels), including loan funds, small business services, and workforce funding dedicated to cooperative development.  States which have stronger laws in support of cooperatives, and that have more cooperatives, experience more of the benefits from cooperatives.

Measuring the Impact of Cooperatives in the U.S., and in Four States in the South

There have been some efforts to quantify impacts of cooperatives on communities, states, and nationally, using input-output models and standard economic analysis. Nationally, Deller et al (2009) report on 30,000 cooperatives operating in 73,000 locations with total assets over $2 trillion. They estimate that these cooperatives’ contribution to the state total income is $154 billion. These cooperatives have also helped to create over 2.1 million jobs, with an impact on wages and salaries estimated at almost $75 billion. Total revenues are almost $653 billion. 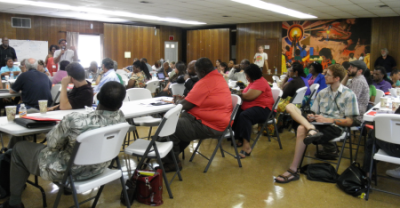 According to the University of Wisconsin Center for Cooperatives (2012 Research on the Economic Impact of Cooperatives), Mississippi has a total of 875 cooperatives - the majority of which are water/waste cooperatives and the second largest sector is credit unions. These cooperatives have a total of 2.25 million members with 6,410 jobs created. Total revenues, and wages and salaries created by the cooperatives in the state are $4.6 billion, and $222 million, respectively.[1]

According to the University of Wisconsin Center for Cooperatives, Louisiana has a total of 324 cooperatives, the majority of which are credit unions. These cooperatives have a total of 1.5 million members with 8,450 jobs created. Total revenues, and wages and salaries created by the cooperatives in the state are $ 2.5 billion and $316 million, respectively.[2]

According to the University of Wisconsin Center for Cooperatives, Alabama has a total of 256 cooperatives with the majority being credit unions. These cooperatives have a total of 2.18 million members with 10,770 jobs created. Total revenues, and wages and salaries created by the cooperatives in the state are $4.29 billion and $373 million, respectively.[3]

According to the University of Wisconsin Center for Cooperatives, Florida has a total of 850 cooperatives with the majority being in housing, and the second largest sector being credit unions. These cooperatives have a total of almost 5.6 million members with 21,670 jobs created. Total revenues, and wages and salaries created by the cooperatives in the state are $9.04 billion and $848 million, respectively.[4]

In terms of the impact of African American and low-income cooperatives in six states in the South who are members of The Federation of Southern Cooperatives/Land Assistance Fund, Zippert (included in GEO's Southern Cooperative Movement theme) summarizes that: “Over the years, the Federation/LAF has provided services, learning and leadership experiences, saved family estates, reduced costs, increased revenues and enhanced stability for members (through producer, marketing, consumer and credit cooperatives), taught techniques and skills all of incalculable worth.” Zippert estimates that the additional monetary impact of the Federation/LAF for the past 45 years is over $400 million. This includes:

Zippert also describes some of the intangible benefits from the cooperatives and the Federation/LAF’s support: the leadership growth of people, the changes in behavior that make collective decision making more effective, a greater appreciation of sharing by people as a means of working together economically in communities; and teaching people in co-ops how to make decisions about their collective well-being.

Deller, S., Hoyt, A., Heuth, B and Sundaram-Stukel, R.  2009. “Research on the Economic Impact of Cooperatives.”  June 19, 2009 update (from 2007). Madison, WI: University of Wisconsin Center for Cooperatives. Retrieved from http://reic.uwcc.wisc.edu/sites/all/REIC_FINAL.pdf.

This article encourage the citizens of the world to be involved and join cooperative in the community. A tool to develop the economic activities of the community and develop sharing of wealth for those who have enough.