Reflections on the 2014 CommonBound Conference 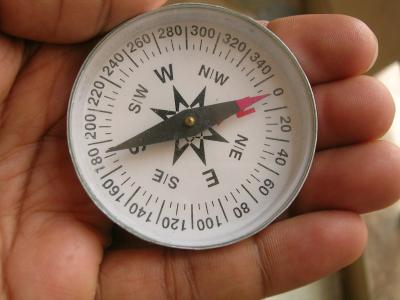 I approached the New Economy Coalition’s CommonBound conference  fully expecting the majority of plenaries and workshops to be platforms for Coalition members to herald their own projects, or to preach to the converted about the necessity of cooperatives and democratic governance. What I found was a (surprisingly intimate-feeling) crowd of nearly 700 people, interested in discussing the fissures within the ‘new economy’ space that prevent more economic counter-narratives and successes from arising. Accountability refreshingly underscored many of the conversations that I was able to participate in, all grappling with questions of ethos in the new economy.

This inward-facing dialogue was especially present at the ‘What Color is the New Economy?’ panel facilitated by Penn Loh of Tufts University. The panelists: Ed Whitfield from the Fund for Democratic Communities, Christ Schildt from PolicyLink, and Jacklyn Gil each provided their own analysis and anecdotes of the tension of organizing within a ‘new economy’ framework, a term that inherently erases work that predates the ‘new economy’ movement and is often supported by people of color. Not to mention that the new economy practices that we often refer to—co-ops, susus, sharing, etc., are still propagated by people of color while the outward-facing advocacy work--sitting on panels, speaking with city government officials, incubation, funding, is still so white.

One participant offered a poignant anecdote of trying to open a local grocery/provisions store. She, a person of color, planned to offer goods that she knew her community wanted. Gaining support from white allies was difficult and grew impossible as more energy was thrown behind starting a farmer’s market nearby which would be open for fewer days, serve fewer people, and carry different products than her store. Needless to say, the store never got off the ground because of the competition from the nearby market.

“So we should consider what we want the face of the new economy to be”, she concluded. When people are pushed out of their businesses, regardless of how ‘conventional’ they seem, to make room for the more trendy examples of the ‘new economy’--how is this a just transition? What really defines the boundaries of the new economy, when the same voices are silenced both here and within capitalism? To reiterate and extend her point further--who is this new economy for, when it continues to jeopardize economic resilience in communities of color?

What really defines the boundaries of the new economy, when the same voices are silenced both here and within capitalism?

A conversation initiated by Loh on the politics of the ‘new’ in ‘new economy’ built upon that final question. One participant offered their ambivalence to the semantics debate, “we never know what [phrase] is going to catch on”. When posed to me in the past, I’ve often taken this comment to mean, ‘why politicize and police language when we’re talking about the same work?’

I would argue that our language is a critical factor when we talk about this ‘work’. Embedded in this ‘rose is a rose’ belief is a capital-centric positioning where we are constantly pitching and legitimizing the new economy. This is no coincidence and no accident--those who are the objects of this ‘sell,’ as it were, are often the funders we wish to support us.

I’m deeply concerned with the semantics of any movement, but especially the new economy, precisely because of what the language implies. If ‘new economy’ becomes the zeitgeist, where does it leave those that are not included in its imaginary, but who nevertheless enable its existence like the aforementioned store owner?

The sharing economy panel (“The Sharing Economy and Social Justice: Can Collaborative Consumption Advance Equity?”), facilitated by Janelle Orsi of the Sustainable Economies Law Center, crystallized this tension. It was no surprise that the room was packed given the recent attention and subsequent divisiveness of the ‘sharing economy’. Panelist Millicent Johnson of Peers argued that the sharing economy was in fact a movement--where membership organizations like hers and Shareable (who was also represented by Tom Llewellyn) facilitate sharing opportunities in multiple cities. However, a crucial blindspot of what has been celebrated as the sharing economy is that it lacks any social justice analysis or accountability to that framework, something most ‘movements’ in similar spaces at least attempt to articulate.

Juliet Schor, a panelist from Boston College who has written extensively on the sharing economy, offered a critical point of clarification. What we’ve begun to refer to as the ‘sharing economy,' meaning technology platforms that facilitate peer-to-stranger sharing, should be thought of as ‘the new sharing economy’ (I like Neo-Sharing, myself). These platforms have co-opted our oft romanticized, sepia-toned memories of grandparents sharing citrus gardens with neighbors (or whatever anecdote we use as shorthand for sharing). Schor argued that it is precisely for this reason--the nascency of these platforms and their socially minded leadership--that companies are more primed to change their perspective towards a social justice orientation and that we must expect and pressure them to do so. To Schor, these demands could potentially lead to a cultural shift and “Airbnb could evolve into something beyond what its founders imagined”.

So who shoulders the responsibility to advocate for these shifts? Who are the agents of change that when, after surveys reveal race discrimination by both Airbnb and Uber users, reexamine the platforms? If we are in fact in the midst of a sharing movement--as Johnson would have us believe--doesn’t that mean expanding the advocacy role of membership organizations beyond supporting pro-sharing legislation and towards something that directly questions the systemic inequalities that have allowed for these new sharing markets to emerge? Shareable’s recent San Francisco ‘Hack the Housing Crisis’ event is an interesting step in this direction. I left this panel and conversation still wondering about the responsibility to not only to incorporate critical racial and class analyses to the sharing economy, but to also more publicly push against the assumption that sharing only exists in capitalist markets.

Gopal Dayaneni’s comment at the closing plenary spoke to justice-centered responsibilities. When thinking about the new economy, Dayaneni said, “we are a movement without a shared moral compass”. It’s true. Here is a movement that struggles to define itself outside of its “other”--that of environmentally and economically destructive capitalism. To reiterate Aaron Cantu’s reflections on CommonBound: the new economy has trouble concretizing its commonalities outside of a shared oppressor, which inhibits our conversations on where we want this movement to go and what we want to build.

Now is the time to engage in the twin tasks of constructing an inclusive movement and supporting its growth. It’s too easy to make straw men to deconstruct. It is equally too easy to elevate the same wins that, while inspiring, have become less of the catalyzing examples I once experienced them to be (I’ve half-heartedly mentioned on more than one occasion that conferences should have Mondragon drinking games). “Let’s get beyond our brilliant deconstruction”, said Adrienne Maree Brown, another closing panelist. “Liberal Arts never taught me how to reconstruct anything”.

It’s hard to create some sort of collective ‘next step’ at the closing of any conference. One hopes that the momentum created from informal networking and problem-solving over three days stimulates potential partnerships and eventually stronger networks. As for a solid community agreement among 700 people, however, good luck. That understandable challenge aside, I left CommonBound more empowered than I imagined I would. I left looking forward to wrestling with the politics that underlie economic reconstruction.

Shaping the discourse, desires, and responsibilities of the new economy movement means articulating a future that contains many economic imaginaries. To stand at this juncture is just so exciting. Brown’s a propos sendoff was particularly energizing: “All social justice work is science-fiction--we are creating something we have never seen”. While we are creating, we are acknowledging that what we make does not exist in a blank space or vacuum; we know that the problems that define old economic paradigms can be just as endemic in this new economy. Hopefully, as Schor pointed out, we are more primed and willing to engage with them.

Lauren Hudson is s a collective member of SolidarityNYC--an organization dedicated to promoting and supporting New York’s Solidarity Economy. Lauren also serves on the board of the Data Commons Cooperative and is a Cooperative Finance Leader for America Fellow at the National Federation of Community Development Credit Unions. Her interests include participatory action research, human geography, and Patrick Stewart. She lives in Crown Heights, Brooklyn.