How Design Action and Inkworks Press Scaled Up by Scaling Out

[Editor's note: We asked worker-owners to answer one or both of the following questions: 1) What role should or could worker-owners and individual cooperatives play in scaling up the co-op movement?  2) If your region (city, county, sector) had access to a million or more dollars to fund co-op development, how would those funds be most wisely spent?  We are planning on collecting all of the responses we recieve into an ebook.  If you are a worker-owner/co-op with some ideas of your own, please let us know.] 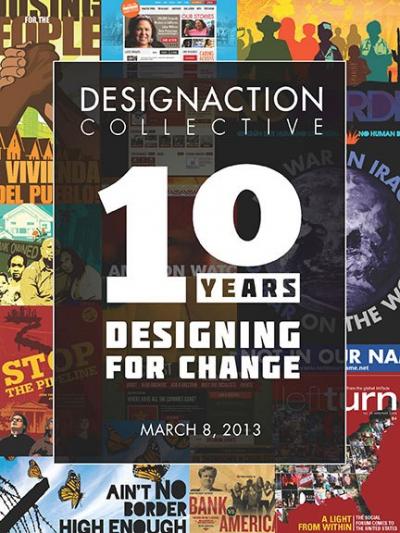 I think there is more than one path for scaling up the movement. These paths can all co-exist and should be invested in. I really like the folks who are focusing on creating "motors" for coop development—be that funding and planning mechanisms like the Mondragon bank or tax and reinvest models like the Italian coops, or training and infrastructure support like what folks at Arizmendi and WAGES are doing. But my personal experience is with what we refer to as the "spinoff" model.

My coop, Design Action collective, is a spinoff from Inkworks Press. Inkworks Press is a worker owned union printshop that was founded in 1973. Through the "desktop publishing revolution" of the 80s, Inkworks began to develop desktop publishing and graphic design services within the shop. That service kept expanding, and finally in 2003 we spun off the design services to start Design Action. Design Action is now a 11 member studio, having first expanded to include web design and now web development (coding). And we continue to expand our services in areas of visual communications, messaging, and other new media.

The beauty of the spinoff model is that it allows members to continue to grow and experiment with new ideas and services—a counter to the "burnout" concerns that often plague longstanding worker coops. This also allows longstanding coops to open up spaces for new people to enter the sector at a place where there is a proven model, rather than having to start from scratch each time. Successful worker coops have low turnover rates, but also often have no room for personal growth or innovation within.

By encouraging existing coops to develop new services, we both expand the sector and address stagnation. Sometimes new services can continue to be 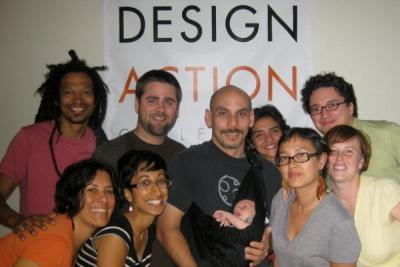 housed in the "mothership," but sometimes when you already have a service that is tried and true, new ideas can be hard to take the risk on. In those cases, developing and then spinning off those services can be a win-win for all involved. The folks who are keen to expand, try new ideas and take risks can do so without risking everything for everyone. The folks who are focused on keeping the core services going can do that, and yet still benefit from the new (presumably complementary but not competing) services that are being developed in the new sister shop. When Design Action spun off from Inkworks, we were able to expand our print design services to other types of printing that Inkworks didn't specialize in (shirts, banners, stickers) and Inkworks was able to invest in modernizing it's electronic prepress and digital printing services. Design Action directed it's print work to Inkworks. Inkworks directed it's design work to Design Action. It was a win-win and both services were able to expand.

At the end of the day, one can imagine an interweaving web of related services being offered by multiple small to midsized cooperatives. This, rather than the old model of growth that results in a single large entity that tries to do it all at the expense of direct democracy and lacking in agility and creativity. We like to refer to it as a "hub and spoke" model of services. Customers can connect at any "node" in the network, and still access all the services available through the various member shops. In the biggest picture vision of this model, one could imagine a vary broad network of shops serving not just a particular sector, but a whole community or communities. 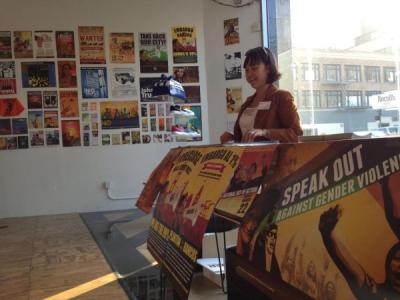 The main challenge in this model is that developing a new service within the mothership requires a high level of commitment from the individual members who are taking the lead initiative. So on the second question of what would be a wise way to spend funds to support this model, one answer is Innovation and Training Grants. If a shop could access funds to reduce the cost of members developing new but not immediately profitable services, that would encourage innovation and initiative-taking. And if on the other hand, we fund the training of new people into the positions that are being vacated, then opportunities will continue to grow and longstanding coops will continue to be refreshed.

While it's always important to invest in creating new cooperatives and fund new ideas and new training programs from scratch, there is also a logic to investing further in projects who already have a track record of success. The learning curve is less steep and the infrastructure needs are much less. And there is already a team of experienced folks working on together as a support network—so each dollar granted will go that much further.

Innosanto Nagara is another coop geek who has been working in worker coops since 1995. He is one of the founding members of Design Action Collective in Oakland and before that, he was a worker-owner at Inkworks press for seven years. Both are flat-structured and union shops. At various times he has been active in the Network of Bay Area Worker Cooperatives, was at the founding of the US Federation of Worker Cooperatives, and served on the board of the Western Worker Cooperative Conference. In his home life he lives in a cohousing community he built with five other families and he trains martial arts at Suigetsukan, a collectively-run dojo in Oakland. He is originally from Indonesia, is a graphic designer and activist with a degree in zoology. And he is the author of the children's books A is for Activist and Counting on Community, and an upcoming book and music CD set of Indonesian children's songs.

We Are All Leaders Here!