Unlike many alternative economic projects that have come before, solidarity economics does not seek to build a singular model of how the economy should be structured, but rather pursues a dynamic process of economic organizing in which organizations, communities, and social movements work to identify, strengthen, connect, and create democratic and liberatory means of meeting their needs. ~Ethan Miller, from Other Economies are Possible 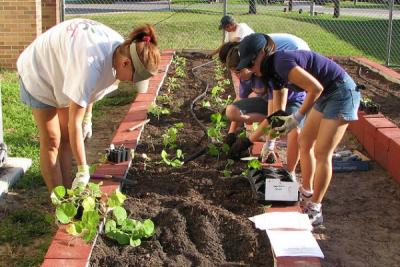 Nowadays the term solidarity economy is being used to indicate non-capitalist alternative realities that function inside the cracks within the existing capitalist system.  The idea and practice emerged in Latin America in the mid-1980s [1] and has subsequently gained more and more popularity.  It is a logic that aims to create “economic” structures that oppose the capitalistic structures and strives to generate and sustain autonomy in our economic lives [2].  These realities consist of a post-capitalist horizon of autonomous communities, in which the economy is returned to its place, i.e. to serve human life rather than being its ultimate goal [3].

At base, the essence of the solidarity economy is political economy, because in its core is enshrined the question of who makes the decisions on economic matters, in contrast to various other economic models, which emphasize the redistribution of wealth regardless of who makes the decisions.  One of its main characteristics is direct democracy, which allows everybody participating in it to directly control the ongoing economic processes.  Also the process of experimenting in real time, which the solidarity economy encourages, allows us to develop a clearer vision for the institutions and their functions in a participatory society and, thus, to formulate the conditions to transition from active opposition towards questioning the hegemony of the dominant political model.

For a long time now, however,  the solidarity economy has been largely neglected by political movements.  Maybe because they were too busy with their own affairs or maybe because the activist imagination is trapped in a static or dogmatic notion of utopia that, instead of fomenting action, provokes and encourages radical critique of everything that does not correspond with it.

One of the main reasons many activists decline to participate or support the solidarity economy is the fear that the status quo will co-opt these alternative realities.  And while such co-optation attempts do exist and sometimes succeed [4], the danger that this will be realized  on a larger scale is not so great.  Or, at least it is not greater than the danger of participating in political lifestyle/subcultural movements [5].  Most important is that the participants in the solidarity economy alone discover and, through their participation, correct its limitations.

Creative resistance acts as a water drop that, with perseverance, breaks the rock.

But the solidarity economy should not be viewed as just an alternative economic practice, but as part of the broader frame of the creative resistance.  The logic of creative resistance is to serve as a basis for alternative structures inside the cracks of the contemporary system and not to allow them to become isolated islands of freedom.  Instead of aiming only to destroy the contemporary system, creative resistance encourages the creation of the cells and building blocks of a future society founded on solidarity and autonomy, showing that it is possible in practice.  And the solidarity economy in particular, by allowing people to lead their lives independently (as much as possible) from the state and capitalist markets, sets the conditions for the creation of a new anthropological type — something that is necessary to create a new world that is more just and democratic.

However we shouldn’t be too eager for quick results, because there is a difference between desire and action.  We should always consider our local context and its limitations and try to act in accordance. Creative resistance acts as a water drop that, with perseverance, breaks the rock.

The creative elements that consist in this type of resistance are not limited to the various forms of protest or even to the solidarity economy.  They refer to a specific sociopolitical act that is directed, on the one hand, toward  a more holistic understanding of today's power structures and the current situation as a whole and, on the other, towards creating possibilities for people to lead more independent and autonomous lives.  Creative resistance is not an immediate demand or a program; rather it’s a practical example that aims to build a bridge between the critique of the status quo and the creation of autonomous structures.

Creative resistance can take many forms —  such as worker cooperatives, social centers, really free markets, art collectives, etc. — but no one and nothing can guarantee their smooth functioning.  It depends upon those participating in it (because of the self-organized character of creative resistance and the solidarity economy in particular) and their social environment – what goals they set and what risks they are willing to take to make sure the transformative character of their project is not limited.  If the transformative potential is lost, then we simply cannot talk of creative resistance.  However, there are many things that can serve and support the longevity of such projects, such as online media platforms, network coordination and exchange of experience, critical thinking, going over the details, moving beyond the borders of ideological dogmas, cooperation with social movements, etc.

It is important not to give up on the solidarity economy even if projects sometimes fail.

It is important not to give up on the solidarity economy even if projects sometimes fail.  Each time we fail in one initiative, we can extract a lot of useful conclusions that help in the future.  In a way this is the logic of creative resistance and the solidarity economy in particular — to experiment today with institutions that we would like to have tomorrow, in order to examine their flaws and correct them.

It is important to view the solidarity economy as part of something even broader than creative resistance — it should be seen as part of a general project of direct democracy.  Here I speak not for representative democracy (i.e. liberal oligarchy) but for direct democracy (i.e. a democracy simultaneously directed against political domination and economic exploitation), i.e. horizontality - inseparably political (who decides) and functionally economic.

The principle of direct democracy is what makes the above mentioned projects and realities so flexible.  During the last years, interest in direct democracy has risen together with  the increased critique of authoritarianism (the state) and every form of bureaucracy (syndicates,parties, corporations etc.) [6] operating outside the social base.

Direct democracy, as presented here, is impossible without changes in both the political and economic spheres, more concretely, direct democracy requires establishing collective ownership of the means of production, reclaiming the commons etc.  Democracy cannot be direct if people participate in only one public sphere  (in the political or in the economic).  Therefore a direct-democratic society is not established by seizing the state apparatus but by creating  citizen consciousness and federations of self-managed communities in which there is no separation between the political and the economic spheres.

But here we are not speaking of a concrete systemic model.  The solidarity economy, creative resistance, and direct democracy are something else.  They are realities, practices, and principles that we need to recreate through the prism of our local context.  There is no perfect model.  Everyone has to create his or her own system suitable for his or her reality, neighborhood, city, region.

Today’s social movements have at their disposal a wide range of ideas and experiences, from which they can extract useful conclusions and tools for their struggles.

But despite the fact that no model can be transferred directly from one place to another, the experience gained by those who resist collectively, such as the Zapatistas, offers knowledge for us all.  We can learn from them, and the first thing we learn is that things can be organized in a different way.

Today’s social movements have at their disposal a wide range of ideas and experiences, from which they can extract useful conclusions and tools for their struggles.  The critique on authority no longer means chaos, but rather a grassroots struggle for direct democracy, which  functions only when the oppressed participate in it. Contemporary forms of resistance aim to cultivate suitable conditions for the fullest expression of both human individuality and the collective satisfaction of the social needs through networks of self-sustaining local communities that coexist in harmony with nature. It is up to us to take advantage of the new horizons that are appearing.