The Silent Success Of Cooperatives In The Bolivarian Revolution

Solidarity, cooperation, and community empowerment are socialist values promoted by the Bolivarian Revolution in contrast to the individualism and selfishness promoted by the corporate-owned mass media. Cooperatives are quietly transforming people's values in Venezuela, and the rest of the world, though they have been mostly ignored by the mass media and by many political leaders, too.

The International Cooperative Alliance defines a cooperative as "an autonomous association of persons united voluntarily to meet their common economic, social, and cultural needs and aspirations through a jointly-owned and democratically-controlled enterprise.” Worker cooperatives develop trust, solidarity, and teamwork.

Because cooperatives promote socialist values, it is natural that the Bolivarian government once promoted cooperatives in Venezuela; what is surprising is that now it does not. 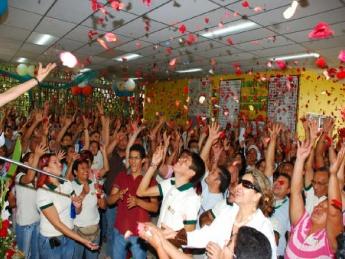 Before President Hugo Chávez took office in February 1999, there were 813 registered cooperatives in the country with 230,000 total members. Most of these original cooperatives are still active, tough, and resilient because they were created independent of government support or funding. The strongest of these is CECOSESOLA (Cooperatives of Social Services of Lara State). Founded in 1967, the food co-op consists of 538 worker members who sell to 60,000 shoppers each week from three locations in the city of Barquisimeto. Though their prices average 30 percent less than those of commercial supermarkets, their annual sales top US$20 million. This incredibly sophisticated business operation has no bosses or managers; the workers rotate jobs; and all workers receive the same pay. The network also has many different types of small producer cooperatives, credit unions, a health clinic with both conventional medicine and alternative therapies, and a network of cooperative funeral homes.

The Cooperative Law of 2001 is an excellent piece of legislation that was written by cooperative experts; it sets the minimum number of members at five and requires the government to give preference to cooperatives when awarding contracts. After the failed coup in April 2002, President Chávez began to emphasize cooperatives in a big way in order to transform property into collective forms of ownership and management. He set up a national job-training program, Mission Vuelvan Caras (“About Face”), that paid the minimum wage to the unemployed while they learned basic occupational skills; the trainers taught about cooperatives in every course, and they encouraged the graduates to form one. Co-op registration was made free of charge, co-ops were exempted from income tax, and micro-credit was made available to them.

CATURVEN is a very successful cooperative today that was formed during that campaign in 2002. It services the heavy machinery produced by Caterpillar Inc., the world's leading manufacturer of earth moving and mining equipment. There are now 38 members, 40 percent of them women, who express they are very happy belonging to a cooperative that pays good salaries to everyone, with less than two times the difference between the highest paid and lowest paid members. They work in greater Caracas, and are part of the Strategic Solidarity Alliance, a network of 17 cooperatives with a total of 986 members that service the Caterpillar heavy equipment throughout the country. In an interview with a team from the Prout Research Institute of Venezuela, Lisset Reyes admitted, and her colleagues agreed, that the only real challenge they face as a cooperative is that it takes a bit longer to come to a decision. But none of them would trade their weekly meetings for an autocratic workplace. 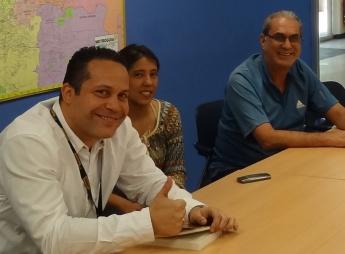 For six years, from 2002 to 2008, the government invested heavily in their campaign to form cooperatives. The national cooperative supervision institute, SUNACOOP, which headed the government's campaign, focused on basic education and the legal registration of new cooperatives. This resulted in the phenomenal creation of over 280,000 registered cooperatives; however, the vast majority of those never became active or collapsed. To understand why this big investment failed to make strong co-ops, we need to look at the key factors of their success.

As would be expected, the basic factors for success in any business also apply to co-ops: there has to be a real demand for the product or service; planning has to be thorough and realistic; and the enterprise has to make money. However because they are local enterprises that are owned and managed collectively, they also require good communication among the members, transparent accounting and community support.

Honesty is also critical to success. I asked some of the CECOSESOLA workers if they had problems with stealing. They laughed and explained that the nature of their huge operation included situations where money had to be counted unsupervised; in a poor society, temptation was always there. Each year, about five or six of the over five hundred members were caught stealing money; the general assembly then collectively decided they had to leave the cooperative. The annual budget also adds a one percent loss due to theft–if it ever crosses that, the amount is deducted from the end of the year bonus that each member receives. However the workers pointed out that all the commercial supermarkets in the area factor in a five percent loss due to theft, so in comparison they are doing quite well.

In 2006 SUNACOOP did a “census” to count how many co-ops were active – they were very disappointed to find that due to insufficient training, poor supervision, and lack of followup support, only around 50,000 cooperatives were actually functioning. Though it still represented the highest total for any country after China, the upcoming presidential elections prompted attacks from opposition media, who headlined “Venezuela is a Graveyard of Cooperatives!”

This stinging critique about the high rate of failure among registered cooperatives prompted President Chávez to shift the government’s approach from cooperatives to “socialist enterprises” and worker takeovers of factories. In this way, the government pays the salaries, but keeps the ownership, and can guarantee that the enterprise does not close.

Luis Delgado of Cooperativa Gestión Participativa was the former Venezuelan National Superintendent of Cooperatives from 1975-1979. He said to us, “I think the campaign by the government had an echo, because after the government completely stopped promoting co-ops in 2008, another 40,000 new ones have been registered. Why are people forming new cooperatives now? First, because more than 50 percent of our economy is the informal sector. If people aren't employed by a private company or the government, they need to do something to survive. Many Venezuelans feel more security when they work together than when they go it alone.” 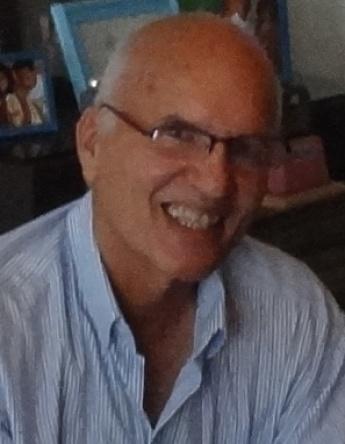 A second reason that new cooperatives are being registered is that the vast majority of poor and middle class Venezuelans have, at one time or another, participated in a SAN, a BOLSA or a SUSU. These are three names for the same thing, a system of trust whereby ten friends agree to each contribute a certain amount weekly for ten weeks, and the total is given to one of the members in rotation. This collective savings system helps poor families to be strict and self-disciplined to “save” the money and not spend it, until they eventually receive a large sum that they can then use to buy an expensive item they normally could not afford. No contract is ever signed, and the organizer of the SAN is always the last member to receive it. Millions of Venezuelans have participated in this simple community cooperative venture, so they have a positive idea that cooperatives can work even without financial support.

SUNACOOP has done no followup census and has no figures since 2008 for how many cooperatives are running in Venezuela. Delgado, comparing all the estimates from different sources, believes the number today to be approximately 90,000, with over a million members. The Venezuelan solidarity economy of cooperatives is a strong force of community empowerment that is transforming people's values from being self-centered to actively working for the common good.

This article is shared under a Creative Commons 3.0 Attribution-NonCommercial-NoDerivatives license

Dada Maheshvarananda is Director of the Prout Research Institute of Venezuela and author of After Capitalism: Economic Democracy in Action.

The Cooperative Movement in Latin America