Planning Must Be Centered in the Cooperative Movement

A continuing conversation with Thomas M. Hanna of the Democracy Collaborative, cross posted from Cooperate and No One Gets Hurt

As part of an ongoing dialogue prompted by the bankruptcy of a key Mondragon cooperative Thomas Hanna has argued that, “In order for cooperatives and cooperative networks to truly transform from small individual projects to system-wide outcome-changing institutional structures, reliance on markets alone may not be sufficient.”

Hanna suggested that my cautious approach to collaborating with government in planning entails a “narrower concept of the role of cooperatives than many people, including co-op practitioners, envision.” He goes on to ask “are we content with a political-economic system dominated by large corporate institutions and marked by increasingly negative social, environmental, and political outcomes that also retains an ethical, but ultimately marginal cooperative sector?”

I agree that co-ops are hindered by an economic system that throws many obstacles before our worthwhile economic models. Our success is likely to be painfully slow in the face of great urgency presented by the global crisis wrought by capitalism. However, I believe we must move carefully lest we find ourselves at a dead end.

A cooperative movement focused on public policy-driven planning may ultimately be less transformative and less effective than one that steps back and does some deep planning of its own before joining forces with a system of government in which legislators and administrations obey wealthy corporate donors and regulators are captive to the industries they are meant to police. Certainly co-ops should meanwhile engage with government on some essential tactical projects (e.g. tax issues); however, we must avoid strategic entanglement – being unable to part ways with processes that no longer meet the needs of co-ops and their members.

We should look for lessons where co-ops have either worked closely with government or broken out of the margins without waiting for it – the Basque Country is one of these places, along with the United Kingdom and Italy. We ought to study these regional histories to see if we can discern any patterns, while remaining aware that each is a different context than our own. A quick survey shows little correlation between state-based planning and economic transformation. 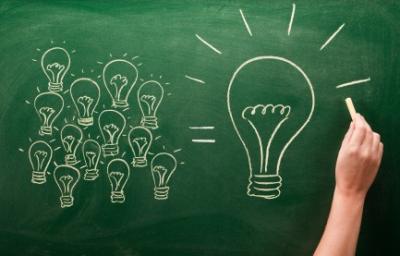 We should recall that Mondragon’s internal social security system, Lagun-Aro EPSV – which has played a huge role in efforts to mitigate the economic devastation felt by the former employees of Fagor Electrodomesticos – was created after the Spanish government declared that Mondragon workers were not employees and therefore ineligible for public social security. Lagun Aro’s success, although modest, comes because the co-ops were unwilling to let the national or Basque regional governments’ priorities take precedence.

And Britain’s experience actually suggests an inverse relationship between political processes and economic transformation: The birthplace of modern cooperation has evolved a robust movement with complex relationships to various entities within the political world. This has led to some dramatic unintended consequences.

The Co-operative Group lost control of its subsidiary bank this fall after the collapse of an ambitious acquisition of 632 retail branches of Lloyds Banking Group. This was the direct result of government planning to address the systemic problem of banking industry concentration by forcing the breakup of Lloyds as a condition of its bailout. This attempted merger followed another – with a troubled mutual called Britannia – that was more organic in its origins but seems nonetheless to have involved some degree of regulatory breakdown related to political parties seeing co-ops as a useful tool to meet their ends. The government favored a co-op solution to a dysfunctional banking system, which sounded like a good thing but ended disastrously with the bank snatched by US private equity vultures.

And as the Co-operative Group struggles with the economic aftermath of this catastrophic adventure in economic planning, it has become a political football kicked between the government and opposition. Regulators are obviously facing questions, but scrutiny is also directed at a Co-operative Party that exists within Labour. British cooperators in general are forced into a defensive posture by the ongoing banking scandal.

On the other hand, a positive story can be found in education. Although privatization has its drawbacks, UK cooperators have developed a good model despite having an unreliable partner in government. As Co-operative College principal Mervyn Wilson recently wrote,

the astonishing growth in co-operative schools has been achieved without funding or other support from the government. Growth happened despite a challenging policy environment and the pressure placed on those schools needing support to be taken over by sponsor academy chains, with no recognition of the power of co-operative models in transforming achievement.

So we have better results (so far!) in the case where the state’s role is minimized, despite being in a field of work where most progressives would argue against market-based solutions. And deep soul-searching is prompted by the case where they joined government’s tinkering with the market.

Nevertheless, co-ops are not the solution to every problem. As Hanna rightly points out, US healthcare reform is a case where market-based solutions are no match for deep systemic problems. In such cases, co-ops should steer clear. (I suspected as much way back in July of 2009, when a cooperative solution was first considered as a part of the reform.)

None of this means that planning with governments is inherently wrong or dangerous; such planning is widespread and probably inevitable. However, co-ops must approach any planning done with larger and more powerful partners cautiously. Planning may be a nice ideal, but successful planning depends upon a stable basis for such planning as well as trust of planning partners. Neither of these conditions exists when it comes to most government bodies, which are generally much larger and more powerful than cooperatives while also motivated by entirely different values than member benefit.

So what should we do? 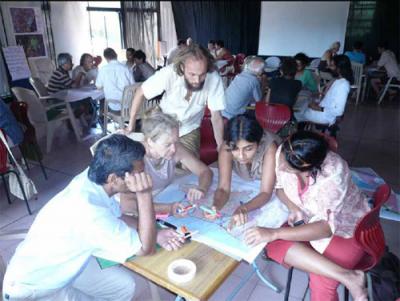 There are opportunities to engage government without losing cooperative autonomy, illustrated by Italy’s Law 59/1992 requiring that co-ops contribute 3 percent of profits to co-op development funds run by co-op federations. This seems to me an acceptable risk because the funds are from co-ops and held by co-ops. The threat of co-optation is also mitigated by the strength of the cooperative movement there relative to the weakness of the state, which rarely goes more than a year or two without a new government.

Until US co-ops have the organized critical mass to hold our own in political discussions, we would best steer clear of government-centered planning and focus our efforts on building organizational capacity and inter-sector coherence.

On the other hand, the rapidly unfolding economic and ecological crises we face do not afford us the time to build a new world in a leisurely fashion. This is admittedly a frustrating situation, and Hanna is right to warn that systemic problems demand bigger and more robust structure than those currently offered by co-ops. We face a time that challenges our patience, but nevertheless we must remain patient and avoid any moves that commit us to partnerships that may not benefit our movement in the long run.

My examples above are admittedly selective, and certainly there are many examples of economic planning gone right. I hope the issues I’ve raised will assist cooperators in thinking about how best to engage the state. I hope others are inspired to chime in and thank Grassroots Economic Organizing (GEO) for hosting the conversation.

Andrew McLeod is a cooperative development consultant who holds the Master in Management – Co-operatives and Credit Unions graduate degree from the Sobey Business School at St. Mary’s University in Halifax, Nova Scotia. He is a founding member of Collective Seeds Consulting Cooperative. He has been involved in the cooperative movement since 1992, including two years as editor of the Cooperative Business Journal. His interests include democratic processes, the intersection of cooperative economics and religion, community-based food production and distribution, international models for power-sharing, and cooperative disaster recovery techniques. Andrew is the author of Holy Cooperation!: Building Graceful Economies, a book that explores cooperative elements of Christianity. He has also presented a paper on common cooperative tendencies found in Judaism, Christianity and Islam; his more recent research includes a focus on 19th Century Mormon economic organizing. He maintains a blog on the Cooperative Movement and another blog on faith-based cooperation.

Mondragón and the System Problem