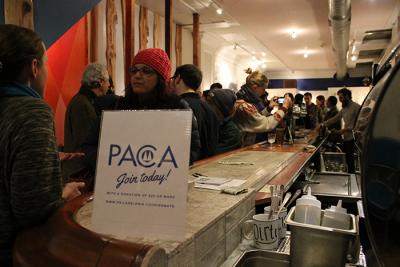 These are the conclusions I’ve drawn from the first public opinion study of co-ops in more than a decade.

This is really useful information for anyone who is spreading the co-op gospel by profession, by passion, or both. To begin with, it illuminates common misunderstandings. In the survey, respondents listed Costco, AARP, and Bank of America as businesses they thought were cooperatives (they are not). Some people also thought co-ops were the same as franchises or that co-ops were secret, exclusive clubs (they are not). In fact, only 11 percent of people surveyed were able to give an accurate definition of what a co-op is.

There’s some really good news, though: 78 percent of consumers are more likely to purchase goods or services from a business that they know is a cooperative. Once people grasp the definition — that a co-op is owned and democratically controlled by its members — they prefer co-ops to conventional businesses, even across all income levels and professions.

Clearly, there’s a huge communications opportunity here. This study has revealed that once people understand what a co-op is, they are pretty much on board. The cooperative model in itself is convincing enough to change people’s behavior.

Not surprisingly, it seems that the key to the growth of the cooperative movement lies in increasing accurate public awareness about co-ops. Visual identity and recognition is one piece of awareness. Since 1921, co-ops, especially in America, have used an image of twin pines to signal that they’re a cooperative. Globally, an international cooperative marque (aka a brand) was created in 2013 to unify a visual identity for cooperatives. If every co-op in the world made heavy use of this branding across their printed and online materials, signage, and other merchandise, we’d be much closer to greater recognition of co-ops —  but probably still no further on the education front.

How do we as cooperators really communicate an accurate picture of what a co-op is to the broader public?

It seems that the key to the growth of the cooperative movement lies in increasing accurate public awareness about co-ops.

In Philly, we’ve been tackling this question in a few ways. The Philadelphia Area Cooperative Alliance (PACA), where I work, has made public awareness of co-ops a priority. PACA created a self-guided Co-ops 101 video, a public service announcement (PSA) about co-ops to air on local radio stations, and has held numerous conferences, forums, and social events to bring people together to learn about co-ops.

Co-ops joining together through organizations like PACA also helps raise the profile of the cooperative sector as a whole in the same way that a chamber of commerce or sustainable business association signals that they’re a cohesive group with shared values and goals. There are many other tools and outlets we could use, such as op-eds, videos, canvassing, advertisements, parades, and more.

Overall, it appears that co-ops need to commit to doing more mythbusting and more articulation of how co-ops work and why someone might prefer a co-op over a conventional business. The biggest myth is that co-ops are a marginal part of our society, when in fact 120 million people in the United States are co-op members and 2.1 million people are employees of a co-op.

I’m thinking we could start by making sure these 120 million people have a solid definition of a co-op, and then if they could each just tell two people, we’d be a lot closer to everyone being on board with co-ops in Philly and beyond.

You can see the slides from the presentation of the survey results here: 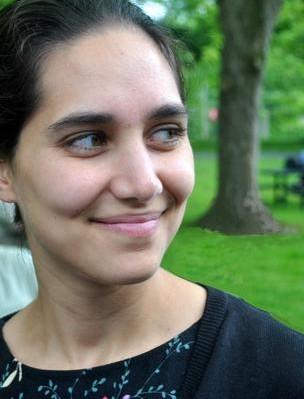 Caitlin Quigley helped launch the Philadelphia Area Cooperative Alliance. She is a member of Mariposa Food Co-op, The Energy Co-op, and Philadelphia Federal Credit Union. She also writes a monthly column about Philly co-ops for Generocity.org. While living in Bellingham, WA, Caitlin co-founded the Whatcom Investing Network, a forum to facilitate investments between local investors and local businesses.