Models for our Media

Why We Need Media Cooperativism - Part 3

Read parts one and two here and here. 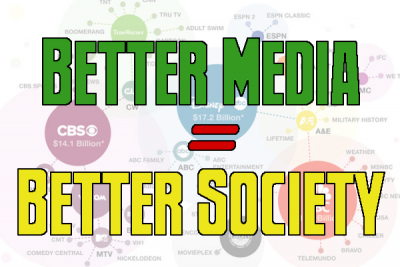 Recently Disney negotiated a deal to buy 21st Century Fox’s film and TV studios. A lot of people thought that was a great idea. They could fix the X-Men, they said. They could finally produce a decent Fantastic Four movie!

Upon finding out, I buried my head in my hands and said, “Oh no, they have everything now.”

The conglomeration of media is very distressing to me. Sure, Disney might make “entertaining” movies out of acquiring Fox, but that also means more movies going through Disney’s PR machine, more of the Disney hive-mind on a larger part of our film and television industry. That doesn’t bode well for diverse narratives.

Control of our entertainment industry has been funneled to fewer and fewer hands. Our news industry is no better. Just over a dozen billionaires own the majority of America’s news media. This trend is only moving faster and faster towards total monopolies.

I’ve been looking for media cooperatives in the U.S. for some time. There are quite a few, but most are small, consisting of less than a dozen worker-owners.

Part of the problem is that media cooperatives are very difficult to start and maintain. If it is service-based, then they have a chance if they do advertisement work for other companies. But if cooperative newspapers depend on subscriptions and adverts, it means a smaller pool to work with if they are focused on following leftist news or if they have scruples about the kind of companies they want represented on their websites. If they don’t want to exploit their audience then the options decrease even more.

Click-bait, for instance, is an option, but what cooperative wants to stoop to that level? They could appeal to people’s most basic impulses, but what does that make them in the long run? If media cooperatives wants to do genuinely valuable work, covering issues on the left and providing media services for other cooperatives, then they have to stay small and they have to work very hard to build the infrastructure to support the talent in their cooperative. This might be a good strategy on the small scale, but it doesn’t encourage large-scale culture making.

The growing media conglomerates and the woes of media cooperatives might seem like separate issues, but they’re not. Look closer. Disney is so wealthy because it has built a whole marketing enterprise. They don’t just do movies. They build fandoms. Their hands are in everything. Plus they are providing stories that people are willing to pay to watch.

On the other hand, news media is offering something that most people just expect that they should have: access to information about the world. The big companies survive through merging themselves with other industries and wealthy benefactors, by not having scruples about advertisements on their sites, and by hiding some of their content behind paywalls, all things that are antithetical to the left.

The absence of the left in popular culture hurts both the left and popular culture. The left doesn’t get to challenge the status quo where it lives: through the narratives it tells itself. And popular culture, as a result, repeats its own destructive mythologies on loop, without intervention. There’s a bigger problem too. Because the left has opted out of the discourse, it has missed out on a valuable source of funding for journalism and research on the left.

Here are a couple of models of how we could use telling our own fiction stories as a way to tell our own actual stories.

We could use our movies, television shows, comics, music, novels, and story collections as an opportunity to do valuable research on the left. This is a budget-based approach. Think of those stories as the very tip of a large iceberg of research and exploration. In order to tell really strong stories, we can deeply invest in interviewing people on the left about their experiences, collecting valuable perspectives that we can then use to tell very strong, very honest stories. That research can then be used to accompany the stories we tell in the form of journalism articles, podcasts, essays, anthologies, and documentaries. They could relate to the media or they can exist entirely on their own. The main objective is to make that part of our storytelling process.

The other model is to use profits to fund independent journalism and research. This would be a surplus-based approach. If our media cooperatives create our own publishing and production companies, create our own broadcasting channels and media streaming services, we could use the profits to fund leftist news media. That work would then feed back into more stories.

There’s no reason why both of these models couldn’t be adopted simultaneously and no reason why they couldn’t be adjusted to be more egalitarian. The idea isn’t to copy the media system that already exists, charging excessive amounts of money to customers for bland fictions. The idea is to give people more ways to support the left, through sharing media and funding projects, through encouraging the growth of alternative popular cultures, and through participating in the creation of these new cultures. People would be both participants and partakers of these cultures, and by so doing, they’ll get to model healthier social systems, progressively doing away with the negative economic and social systems that exist now, through art and knowledge creation.

It is likely that this process will be filled with obstacles and the need for self-criticism, and that’s where even better stories will come in. The idea is to stumble towards something better. But that can’t happen if we aren’t providing both concrete and abstract exploration of our ideals. If we truly want to do that, we have to engage in places we haven’t thought of engaging before. In the long run, the rewards would be tremendous.

Perhaps, someday cooperative news media will provide a loud counter-argument to the mainstream news media we have. That can’t happen unless we engage more actively in other media discourses and use that engagement as a way of building the infrastructure for leftist news and education. If we can manage that effort, we could engineer a movement to not only document and critique cooperativism more broadly, but also inspire awareness of cooperativism in the larger society. From there, a cultural shift isn’t so far off. Better media equals better society.

Cadwell Turnbull is a graduate from the North Carolina State University’s Creative Writing MFA in Fiction and English MA in Linguistics. He is a writer of science fiction and fantasy with work appearing in Asimov's Science Fiction, Lightspeed and Nightmare.