Market Socialism In Yugoslavia and its Relevance to Cuba Today 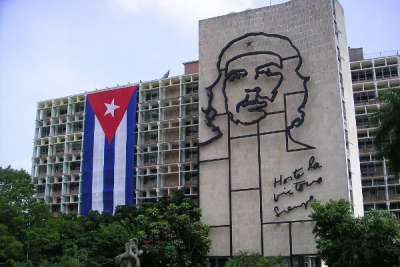 I recently spent two weeks in Cuba, as a member of a 28-person multinational delegation of cooperative movement activists and academics, organized by the Center for Global Justice. We toured worker coops and conferred at the University of Havana and the Instituto de Filosofia, with many of the people involved in the reorganization of the Cuban economy and in economic/social theory. I and others of the delegation presented papers there.

As you might know, Cuba is reinventing their economy based on worker cooperatives in small enterprises, instead of the government trying to run the entire economy. They are still in the experimental stage, with most of the pilot programs located in Havana. They are giving over the existing enterprises to the workers already there, and have also opened the economy to new self-organized coops, and to self-employed businesses. If these are successful, Cuba will generalize the system throughout the country. Under this new plan, the government will directly operate only the heights of the economy.  Cuba will continue socialist planning to promote social justice through market regulation and worker coops.

Here’s my paper, “Market Socialism in Yugoslavia and its Relevance to Cuba”, which I read on June 28, 2016, at the Universidad de Habana.

John Curl passed his childhood winters on icy Manhattan streets and summers in steamy New Jersey pine forest farm country. A war baby of World War II, his parents were Irish-Catholic, English-Protestant, and Romanian-Austrian Jew, with one grandfather a Republican, the other a Communist, his parents New Deal Democrats, and on Thanksgiving they all got together and actually had a good time. The astrologers say his chart is a Grand Trine. He lived in a Sixties rural commune in Colorado, worked on the Navajo reservation in New Mexico, and has practiced custom woodworking at Heartwood Cooperative Woodshop in Berkeley, CA for over 35 years. He is chairman of West Berkeley Artisans and Industrial Companies (WEBAIC), promoting arts and industries in the manufacturing zone to the dismay of gentrifying developers, and has served as a Berkeley planning commissioner to the consternation of some elected officials. He is a fixture on the committee organizing the annual Berkeley Indigenous Peoples Day Pow Wow. He has a degree in Comparative Literature from CCNY (CUNY) and is a longtime board member of PEN Oakland and PEN USA.

Evolution of the US Solidarity Economy