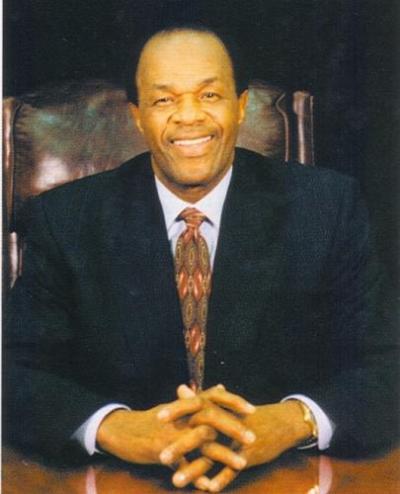 Early in his D.C. political career, the late Mayor Marion Shepilov Barry, Jr. set out to make the District of Columbia a model city for cooperatives.

Soon after he started his first mayoral term in 1979, Barry remarked at a February 1980 conference:

In Washington, as in every other major urban center in America, we have entire sections of our city which have been abandoned and neglected by the mainstream of economic activity…Although private enterprise has neglected or abandoned some areas of our city, we must not give up the fight. It is time for the citizens of these areas themselves to become owners and providers of the basic services needed for daily life. The cooperative movement is just what is needed to provide this opportunity.[1]

The Poor People’s Development Foundation reported at the time that Barry “has indicated that he will use his good offices to establish Washington, D.C. as [a] ‘demonstration’ city for cooperative development.”

Early into his term, Barry established an "Energy Office" whose job was to help residents set up energy cooperatives, especially around heating oil, according to Johanna Bockman, cooperative scholar at George Mason University. The Energy Office also supported food cooperatives around urban gardening.

A year later, on June 13, 1980 Barry issued a Mayor's Order establishing a Commission for Cooperative Economic Development. The Co-op Commission’s first head, a national advocate for cooperatives by the name of Cornelius “Cornbread” Givens, said the group was “the very first commission of this kind anywhere in the nation.”

One of the functions of the Co-op Commission was to:

The other functions of the Co-op Commission were to advise on ways to best organize and finance food and other co-ops, conduct feasibility studies on the geographic areas most in need of co-ops, work with community groups to maximize local participation in establishing cooperatives, and to provide technical assistance to cooperatives, including organizing education programs, promotion and marketing, and accounting "in cooperation whenever possible with the National Consumer Cooperative Bank," (NCCB) which had opened in 1980. Congress passed legislation in 1978 to allow the formation of the bank.

The Co-op Commission had functions as it related to the NCCB, now known as the National Cooperative Bank, to obtain funding for producer and consumer cooperatives, advise citizen groups, church groups and local cooperatives on applying for NCCB and federal funds. The Co-op Commission was also to "advise on drafting permanent legislation...which aids the establishment of food and other cooperatives," and to report to the mayor semi-annually on its progress.

That was a pretty thorough cooperative economic development plan to bring political power to poor people.

However, DC had a cooperative history before Barry's Co-op Commission.

The Rochdale Cooperative Society of District of Columbia was formed in 1880 and by 1884 had 6,000 members, according to Bockman, whose September 2014 draft paper, DC Home Rule From Below: The Cooperative Movement in Washington DC, details a thorough history of DC Cooperation. The Rochdale consumer cooperative provided its members low-cost food. The city also had the Cooperative Ice Company of Washington.

The Great Depression inspired many cooperatives, such as the Nanny Helen Burroughs organized Cooperative Industries of D.C. in the mid-1930s.  In 1934 Capitol Cab Cooperative was organized to provide service to the black community because white cabs refused to serve black riders. The Knights of Labor also organized worker cooperatives in DC.

Cooperative development was at a high in the 1960s. Glut Food Co-op, now in Mt. Rainier, MD, started in 1968 in the basement of a house on P Street NW, in Washington, and today is 46 years old. City Gardens Food Co-op was operating in 1975 in Mount Pleasant. Several housing cooperatives also started in the 1980s. It is unclear how many of DC’s housing cooperatives were started with the help of the Co-op Commission or other city resources.

Barry continued the cooperative tradition already existing and raised cooperatives to the level of government participation, strengthening them as a tool of economic development for D.C. residents. This is work that he is not widely known or given credit for.

A Life of Activism

Born in Mississippi in 1936 to sharecropper parents, Barry was intimately aware of white supremacist political power. After earning a Master’s degree in organic chemistry from Le Moyne College in Nashville in 1960, he dropped out of a Ph.D. program at the University of Tennessee after three years to organize for SNCC. 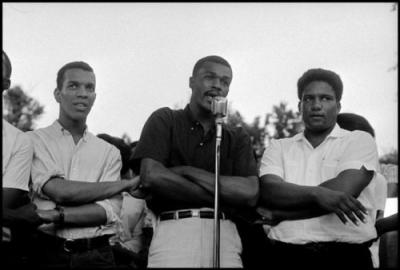 Having been active in the Civil Rights Movement in Tennessee and elected the first chairman of the national Student Nonviolent Coordinating Committee, young Barry was undoubtedly familiar with cooperatives as a tool for achieving economic power, stability and independence as the struggle for black human rights was being waged across the U.S. in the 1960s.

Barry came to D.C. full of energy and the promise of empowerment of black and brown people. Barry, 24, had moved to DC in 1965 to start a chapter of SNCC, and found a predominantly black enclave that could not even elect its own leaders. The white businessmen and Southern-controlled Congress controlled everything that happened in D.C. and appointed its mayor. Two years later, Barry started PRIDE, Inc. with his first wife Mary Treadwell in 1967 to provide unemployed black men job training paid for by Department of Labor funding. He also was a leader of the Free DC Movement for statehood.

Barry successfully ran for the school board in 1971 and then the city council in 1974 when Congress passed a home rule law that allowed District residents to elect its own local leaders. He was the first elected mayor to the District but was the District’s second mayor overall. The first mayor, Walter Washington, had been appointed by Congress.

Barry’s actions on the Council helped to break the economic stranglehold that whites had on business in the city. One of Barry's first moves as chairman of the DC Council's finance committee was to initiate a requirement that all contracts for the District government for services, supplies and development include a mandatory 35 percent participation for minority-owned companies. When the City Commission passed that law, African American and Latino businesses began to be able to fairly compete for contracts, opening the doors for businesses of color to share in the city's fortune and the development of a black middle-class. The law provided a measure of economic inclusion for those groups shut out of the economic system including Latinos, Asians and Pacific Islanders, and women of all nationalities.

Barry was re-elected to the Council in 1976 and Mayor in 1978. He went on to initiate the creation of the District Youth's Employment Act of 1979 which guaranteed a summer job to every young person living in the District regardless of economic status.

Marion Barry died Nov. 23 at the age of 78, after a brief stay in the hospital. He served four terms as Mayor, from 1979-1991 and 1995 to 1999, more than any other District politician. (He was re-elected in even years and terms started in odd years.) He was given the title “Mayor for life,” after he served many terms and was able to be reelected despite behavior that might have ruined any other politician’s political career. Ironically, Barry succumbed to a lifestyle that included drug abuse and behavior unbecoming of a leader of the people. The scope of Barry's work, which improved the lives of many DC residents, is one reason he was so loved by the people of D.C., despite his shortcomings.

"Here in the District of Columbia, we have an opportunity to build upon the cooperative economics blueprints of ancestors Nanny Helen Burroughs, Dorothy Height, and Mayor Marion Barry,"

Tracy Lloyd McCurty, executive director of the Black Belt Justice Center, said that Barry's work and others should be remembered, and escalated when organizing around solidarity economics for the present day.

"Here in the District of Columbia, we have an opportunity to build upon the cooperative economics blueprints of ancestors Nanny Helen Burroughs, Dorothy Height, and Mayor Marion Barry," she said.

"Reflecting on Mayor Marion Barry's lifelong commitment to wealth creation for the District's shrinking Black majority, it would be a profound tribute to his legacy to manifest a P.R.I.D.E. cooperative incubator for returning citizens."

Barry's cooperative legacy will be discussed at the DC Solidarity Summit, which is Dec. 6, the same day as Barry's funeral service. The Summit starting time was changed from 11 a.m. to 3:00 p.m. to allow people to attend the Summit and learn more about cooperatives and other economic survival strategies after the service.