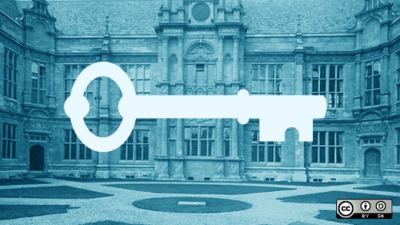 openDemocracy is one of several important forums for the critical discussion of UK higher education with a number of articles published here and elsewhere on the impact of neo-liberal reforms. Most recently, Marina Warner and Michael Bailey have each provided incisive commentary referring to the “disfiguring” and “assisted suicide” of UK higher education. However, it was a short blog post for the London Review of Books by Brenna Bhandar that left a lasting impression on me, where she concludes:

It is in all our interests to support students, academic and support staff, outsourced cleaners and others in their struggles to reconfigure the ownership of the university, and seize democratic forms of governance the better to create and distribute the social goods that we produce collectively, in spite of current government policies and management strategies.

I am frequently asked, ‘what then should be done?’ My answer is that unless academics rouse themselves and contest the general democratic deficit from within their own institutions and unless we have more journalists taking up these themes locally and nationally, then very little can be done. We are on the cusp of something more profound than is indicated by debates around the headline fee level; institutions and the sector could make moves that will be difficult, if not impossible, to undo, whether it is negotiated independence for the elite or shedding charitable status the better to access private finance.

In the last 12 months, I have attended three conferences that have provided academics from all disciplines with the space to talk about these issues: Governing Academic Life at the LSE; Academic Identities at Durham; and Universities in the Knowledge Economy in Auckland. There is no doubt that academics are pissed off. Sometimes the blame is individualised: there are too many managers and administrators! When it’s not individualised, it’s politicised: the problem lies with neo-liberalism, or even ‘extreme neo-liberalism’. The concluding response to “what then should be done?” is often along the lines of a manifesto or collection of essays, a mailing list or web site to continue the conversation, or even to treat the misery of our condition as research data, effectively documenting the decline of our vocation.

Students are more viscerally outspoken about the need for fundamental changes in the governance of their universities. In occupation – most recently at UCL, Goldsmiths, KCL, LSE, UAL, and in Amsterdam – they too demand democracy as a basic requisite for a free university.

We can argue against the performativity of the Research Excellence Framework, or the precarity of academic labour; about the withdrawal of funding and the marketisation of higher education. But if we are to have the universities we want to work in we must reconstitute their ownership and governance in a way that will permit democratic decision-making in the first place. One such response is that of member-owned and member-run co-operatives for higher education: Co-operative universities.

Since the mid-nineteenth century, ‘Co-operators’ have built a worldwide social movement of member-owned organisations based on the common ownership of property and its democratic governance. Education has always been a core principle, alongside open membership, autonomy and independence, solidarity with other co-operatives and concern for community. The internationally agreed co-operative values are self-help, self-responsibility, democracy, equality, equity, and solidarity.

Co-operatives are not a panacea for the forces of neo-liberalism or the ambitions of some managers and administrators, as we’ve seen with the debacle in the UK Co-operative Group. However, there are deep historical and social resources to draw upon within the co-operative movement that can help us rethink the way our universities are run and the institutional form that they take.

Whichever route you want to take – and surely we should pursue them all – there are no quick fixes. The conversion route could see constitutional change quite rapidly, but putting a co-operative constitution into practice and all the organisational change that entails would be several years of committed work on everyone’s part. The dissolution route could and is being pursued, both formally and subversively, but it will be difficult to sustain over time as people come and go and the contradiction of trying to constitute a co-operative inside a non-co-operative university will only ever achieve transient achievements. The creation route has taught me that we set our own objectives; co-operative higher education need not mimic the modern entrepreneurial university and everything that it tries to do. It can try to meet the needs of people today while prefiguring a new form of university for the future. Demands from the New University and Free University of London occupations require us to develop a new model for co-operative higher education.

Critics of the ‘co-operative university’ have questioned our commitment to the idea of the ‘public university’. Indeed, co-operatives are anti-statist, but they also exceed the idea of ‘public ownership’ with that of ‘common ownership’, a social form of property that is the antithesis of the right of free alienability (which distinguishes capitalist private property). In short, co-operative higher education is entirely compatible with the idea of the ‘public’ if we reconceive it as an autonomous, open, democratically governed ‘commons’: An academic commons, democratically controlled by academic and support staff, students, cleaners and others.

This article was originally published under a CC BY NC 3.0 license.

Joss Winn is a Senior Lecturer in the School of Education, University of Lincoln and a founding member of the Social Science Centre, Lincoln.