A Health Care Center by the Workers, for the Community

Thessaloniki, Greece – A radical new approach to healthcare is reclaiming equal relations between specialists and patients while building a community of health from inside an occupied factory in an industrial Greek metro. The Workers’ Healthcare Center of the self-managed occupied factory Vio.Me. has provided free holistic healthcare services to the broader community for the last three years in Greece’s second largest city, Thessaloniki.

Unicorn Riot visited the healthcare center in late 2018 and spoke with Dimitra Pouliopoulou, a psychologist who volunteers at the center, to learn more.

As budgeting for healthcare in Greece has been ravaged by the economic crisis of the 2000s, there are many instances of anti-authoritarians and anarchists across the country filling the void of the fractured state and its capitalist policies, see our 2017 special on ADYE, the free healthcare clinic in Exarcheia.

The Workers Healthcare Center, unaffiliated with political parties or ideological flags, has provided a solid example of community’s of people, including professionals, coming together to make a difference.

The idea to create the Workers Healthcare Center was initiated by the workers of Vio.Me. and has operated since January 2016 after being set up in tandem with the Social Solidarity Clinic of Thessaloniki.

Like the factory it resides in, the healthcare center is self-managed and autonomous, is independent “from the state, parties and the market” and utilizes the concepts of “direct democracy, co-operation and horizontalism in relations“.

About ten ‘specialists’ – doctors, nurses, and psychotherapists – make up the volunteer health teams that provide integrative health services free of charge to anyone who comes in.

“This kind of approach, you will not find it in the healthcare system.” – Dimitra

With equality as the focus, the healthcare center, which is open one time per week, has had over 200 visits in its three years of practice.

Three specialists; a general practitioner, a psychologist/psychotherapist, and a nurse, participate in the first visit with the patient (who they call ‘incomer’), which lasts at least an hour and a half and takes “a holistic and integrative medical history“, said Dimitra. 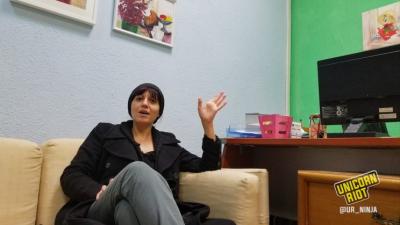 During the sessions, patients are called ‘incomers’ and the specialists and the ‘patient’ are all ‘incomers’ as a way to reclaim equal relations. This change in language was made after “taking in consideration the linguistic construction of the meaning” of ‘patient’, said Dimitra, who furthered, “considering that the Workers Healthcare Center is a community of health, we are all incomers in it.”

The three specialists teaming up with the ‘incomer’ allows the different approaches of the specialists to merge together. For example, if someone starts to cry during their visit, the psychologist is there to assist while the medical doctor may not have the specific tools to best deal with emotions.

The sessions are like “therapy“, Dimitra said, and each session opens up the dialogue to topics and conversations not normally permitted in the healthcare systems. 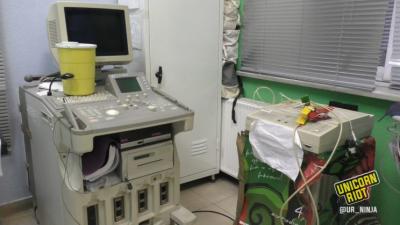 Stressing the importance of how work plays a major role in people’s health, the clinic has integrated a genogram that climbs up three generations and maps the family history, relational history, and working history of the person and their relatives. “Making a criticism to the dominant paradigm of the medical science, we try to reconnect all these aspects“, said Dimitra, who emphasized the significance of combining and connecting these historical aspects together.

“We have a concept of the notion of the health as a whole connecting the somatic, the psychological, and the social aspect of life integrated and connected synchronically and diachronically between them.” – Dimitra

Each ‘incomer’ is an active participant in their own treatment as they explore the links between the physical, psychological, and social aspects of health. The main difference between this approach and typical western medicine is that this approach is done with a focus on collaboration, intentionally based on equality.

Dimitra stressed the importance of challenging the dominance of “knowledge, science, and the economical aspects” that create divisions and hierarchies in the healthcare system.

“Meeting workers in the health sector with both workers and workers in other sectors, and working together to create a health care framework, may open up paths towards forms of relationship, thought, and acts that break the normal social exclusion, alienation and alienation of health professionals and medical practice from their context.” – Text from a presentation on the healthcare center during the 6th International Meeting of the Worker’s Economy in Argentina in 2017 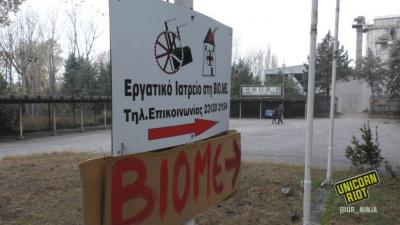 Dimitra said it is the “need of the society” that got her volunteering her time and dedicating her life to this radical method of healthcare at the Workers Healthcare Center in Vio.Me. She stated that she fully identifies with the ideals behind Vio.Me.

“For me, the political proposal of Vio.Me. finds me completely in agreement and I see this also that can be applied in the field of health.” – Dimitra

Dimitra stated the “main difference that you can find from what other clinic in Greece” is that the workers, who co-created the clinic, “have taken the work in their hands and somehow they take also the health in their hands … and they have opinion on that.”

Beyond providing free healthcare services that are open to the public, the Workers Healthcare Center, being intricately linked to the occupied and self-managed Vio.Me., constitutes layers of successful modes of resistance including, workplace control to struggles against austerity and unemployment, and for proper healthcare.

All Unicorn Riot Media is Redistributable Under Attribution-NonCommercial-ShareAlike 3.0 United States (CC BY-NC-SA 3.0 US)