It’s hard to find many co-operatives with the kind of practical sophistication and visionary ambitions as CIC – the Catalan Integral Cooperative – in Spain.  CIC describes itself as a “transitional initiative for social transformation from below, through self-management, self-organization, and networking.”  It considers the state unable to advance the public good because of its deep entanglements with market capitalism — so it has set about building its own working alternatives to the banking system and state. 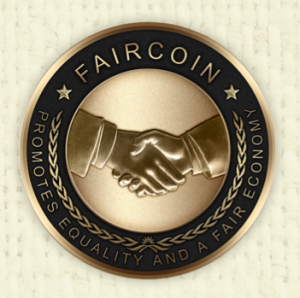 Since its founding in May 2010, CIC has developed some 300 cooperative projects with 30 local nodes, involving some 4,000 to 5,000 participants.  You can get an idea of the impressive scope of CIC’s work through this interview with Enric Duran by Shareable magazine in March 2014. It’s fairly clear that CIC is serious about building a new global economic system – and not just as a rhetorical statement.  CIC builds real, working alternatives, showing great sophistication about politics, law, economics and digital platforms.

CIC has now started Fair.Coop to help build a set of free economic tools that will “promote cooperation, ethics, solidarity and justice in our economic relations.” A key element of the Fair-Coop vision is a cryptocurrency, Faircoin, which has been designed to adapt the block-chain technology of Bitcoin with a more socially constructive design. (Faircoin relies less on “mining” new coins than on “minting” them in a more ecologically responsible, equitable ways.)

Many skeptics might scoff at the brash, utopian feel of this initiative.  But in many respects, Faircoin is the ultimate realism. CIC correctly recognizes that the existing monetary system and private banks pose insuperable barriers to reducing inequality and ensuring productive work and wealth for all. The only “realistic” alternative to existing fiat currencies and foreign exchange is to invent a new monetary system!  Fortunately, thanks to the pioneering examples of Bitcoin and other cryptocurrencies and the evolving powers of software, that idea is actually within reach these days.

An Open letter from the Fair.Coop Team recently explained:

We need to create a new, decentralized economic system: a metasystem to support, feed and connect multiple autonomous systems built in a distributed manner. Foreign exchange markets trading cryptocurrencies have been expanding rapidly in the past two years. With the concept of Global south, communities can define themselves and support one another from remote corners of the world. It’s time for the networked global citizenship to empower themselves as part of a fair economic system, without intermediaries, and create the change that has not been achieved from above.

CIC intends to use Faircoin to help build a larger ecosystem of economic institutions in the coming months. Here is a backgrounder piece on Enric Duran’s thinking.

Fair.coop will consist of a number of other vehicles beyond Fair.coin.  They will include:

The remarkable ambition of Fair.coop is to become a system of globally coordinated networks that link local projects.  The basic idea:  “to hack the foreign exchange market by inserting the cooperation virus as a tool for global economic justice.”

The whole system aims to be “fractal” in character, meaning that “from the experience in the root platform, it can be moved and replicated at different regional and local scales around the globe, with interoperability at different levels for the entire fair.coop ecosystem…. It will be, at the end of the day, about making the seed for cooperation, common good and fair economy expand to so many corners of planet Earth as possible.” 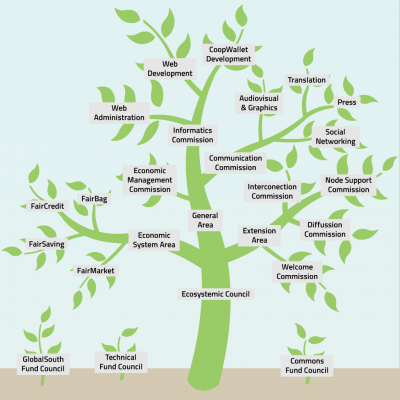 Inventing a new global monetary system is – let us concede – unprecedented.  But after twenty years of living in networked culture, it’s also safe to say that “the experts” never anticipated crazy ideas like Linux, wikis, social networking, Bittorrent, open design and manufacturing, 3D printing or Bitcoin, let alone that millions of users would adopt such innovations with breathtaking speed. What really needs adjusting is our imagination and courage.

So why not a commons-based currency and financial system that meets the need for fairness, human development and ecological care?

The digital tools are mostly available. They just haven’t been deployed smartly enough; on a sufficient scale of social participation; and in a non-capitalist manner. There will surely be missteps and errors along the way, but that’s the point — to succeed faster by failing faster.  If the many alt-economic movements were to join in this experiment in D.I.Y. monetary systems, lots could be learned rapidly. And there could be serious payoffs for the commons, social justice, free knowledge, ecological recovery and political participation — without having to beg (unsuccessfuly) for such basic entitlements through a corrupted political and policy system.

Faircoop is inviting anyone to join the fair.coop social network and begin to take part in forums, group sand teams.  There are several ways to participate:

“Our vision as Fair.Coop promoters,” says the Open Letter, “is that this social network can become a commons, given the quality of its content and the building of projects related to practices and concepts like open cooperativism, integral revolution, equitable cooperation, self-management, community empowerment, digital commons and many more. There are thousands of appropriate technologies to help us coexist in synergy with the planet. We have little time left, and now is the time to share what we know and put our best ideas into practice.”

An Ethical Bank for Croatia