Why We Need Labor Entrepreneurship

[Editor's note: Ajamu Nangwaya has been a cooperative educator and trainer with the Federation of Southern Cooperatives/Land Assistance Fund, served as a board member for the US Federation for Worker Cooperatives, and is the co-author (with Kali Akuno) of the forthcoming book Jackson Rising: The Struggle for Economic Democracy and Black Self-Determination in Jackson, Mississippi. This article was first published in 2004, in GEO Newsletter Vol 1., issue 66.] 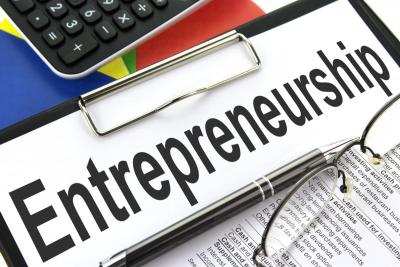 As a result of my participation in an organizational context whose mandate is the promotion of worker cooperatives, I have realized the great unease of some worker-cooperators with the notion of entrepreneurship. This reaction is shortsighted and represents a failure to be fully cognizant of the business environment in which worker cooperatives must operate. To some cooperators, entrepreneurship is a capitalist concept whose adoption by worker cooperatives may cause us to lose our moral compass and the purity of our vision. I do understand the apprehension of comrades who have expressed the need to approach any practice identified with capitalism with utmost caution. However, as to entrepreneurship, we must determine whether it is intrinsically capitalist, or something that would exist, or has existed, in other social and economic arrangements.

Historically, entrepreneurship predates capitalism: the recognition of the special role played by an individual (the entrepreneur) in organizing and directing a venture without necessarily having an ownership interest was in use in the Middle Ages. By the 17th century, both the risk-bearing aspects of commerce, and the skill and ingenuity required to bring new enterprises to life became closely associated with entrepreneurship.

In addition, as researcher Roger Spear points out, entrepreneurship is not unknown within the public sector. He identifies countries such as Japan, Singapore, Germany, and France which have utilized public sector entrepreneurial talent to create and implement economic development policies that on occasion have actually produced constructive social change. No doubt, most of this public sector entrepreneurship has facilitated capital accumulation for the capitalist class. However, what I want to highlight is the possibility of using public sector resources in a way that displays competitiveness, innovation, risk-taking, creativity, and the attempt to improve socio-economic conditions in society.

Moreover, advocates of workplace democracy as well as worker owners in democratic workplaces today face an institutional environment not of our own making. Regimes of taxation, governance and ownership legislation, and institutional sources of capital all reflect and service non-cooperative businesses. These are the settings in which we must compete to establish the hegemony of workplace democracy and societies where the only place that capitalism may be seen is at the "Museum of Outdated Economic Systems". In order to generate the long-term process of developing worker cooperatives and other democratically owned and managed firms, entrepreneurship - in the sense of risk taking innovation and creative ingenuity in the marketplace - will be increasingly essential. Worker ownership is meaningless, if its desire is to become a mere sector in a hegemony dominated by capitalism. We are seeking to create the new society, at least its embryonic forms, while living in the old one. To do this, we must put our heads together to outline the contours of labor entrepreneurship and the entrepreneurial worker-owned firm of the 21st century.

Some may point to the Mondragon Cooperative Cooperation as a successful example of labor entrepreneurship. But while their democratic achievements are undeniable, there is evidence to question whether, or to what extent, these are based on entrepreneurial innovation. This is the challenging thesis of Andrew Hindmoor's article "Free Riding off Capitalism: Entrepreneurship and the Mondragon Experiment", in the British Journal of Political Science. As Hindmoor claims, Mondragon is not known for developing new production systems, products or methods of getting its goods or services to the market. On the contrary, most of Mondragon's technology and new products "have been introduced after obtaining licences from elsewhere."

This shortfall in entrepreneurship is part of MCC's strategy to develop "cooperative" relations with capitalist firms; and it contributes to its ability to survive and compete in the marketplace. But the downside of this is that Mondragon is no longer is seen as an economic or political threat to the oppressive system of labor under which most European workers must toil.

There are, I believe, at least two implications to be drawn from this discussion for a movement for worker ownership in the United States:

First: worker cooperatives must develop a workplace culture that emphasizes innovation, creativity, product or market leadership, competitiveness, and risk-taking. I look at the obscene development of entities such as Trader Joe, United Naturals, and Whole Foods, and view these capitalist companies as representing the failure of cooperatives (the consumer and worker forms) to be entrepreneurial. Cooperatives and collectives created and grew the natural foods market from the 1960s to the 1990s, but today many of them are shaking in their boots from the competitive pressure of these large natural food companies. Cooperatives should have anticipated changes in consumers' expectation about their shopping experience, and grew to a size that would have been a barrier to entry by non-cooperative firms.

Second: A national apex organization of worker-cooperators or regional formations must develop the technical expertise to provide cooperative education and sophisticated business development advice to the member cooperatives. This in-house worker cooperative consultancy would furnish the education to maintain our democratic systems, as well as providing workers with the business knowledge, skills, and attitude to facilitate a worker-ownership entrepreneurial culture. [While it didn't exist at the time of this writing, DAWN now provides these services. -ed.]  Labor entrepreneurship is fundamentally different from capitalist entrepreneurship: the primary reason for the existence of the former is to meet the worker-owners' employment needs, ensure labor¹s control of capital, and facilitate the worker-owners substantive participation in their workplace decision-making process. With an in-house worker consultancy that is acutely alert to opportunities for the expansion of worker ownership, and judiciously monitors the strategic positioning and operational thrust of the member-cooperatives, we can ensure a fair degree of entrepreneurial prowess, as well as defensive and offensive capabilities.

As advocates of worker ownership we would not be entering an unholy alliance with entrepreneurship in our quest to establish economic democracy in the United States and throughout the world. If anything we are using this alliance in a dialectical way - as a grave digger for the current system, and a midwife for the birth of the free and just society. As a first step, we need to develop a theory of the entrepreneurial worker cooperative or network of cooperatives within the context of the current society. But even more, in the words of Amilcar Cabral:

Keep always in mind that the people are not fighting for ideas, for the things in anyone¹s head. They are fighting to win material benefits, to live better and in peace, to see their lives go forward, to guarantee the future of their children.

Worker ownership must not only win the battle for ideas. It must be able to deliver the goods - and on a society-wide scale.