The Importance of Writing in a Cooperative 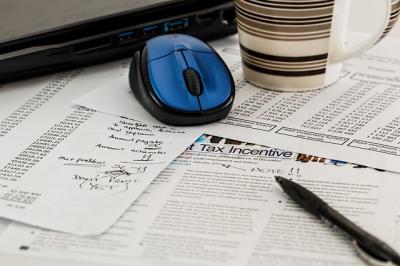 Every business creates documents such as emails, memos, policies, and governing handbooks.  These organizational documents are not impartial or neutral. Even everyday writing like handbooks and emails can have social effects that ripple throughout an organization. Paying attention to documentation — how and what we write — can give insight to underlying social dynamics, and may uncover tensions or contradictions that can impact the health of the cooperative. For example, though a group may write a policy through consensus, if the original authors leave, the new group members might struggle with interpreting the original intent, or implementing the policy. For two years, I conducted a study of a cooperative where I analyzed documents, or “texts,” written by founders, the Board of Directors, and staff. Through this investigation, I learned documents’ social effects extended for years, sometimes in invisible ways.

The texts we write have meaning beyond the words on the page. By texts, I mean any piece of writing, either digital or paper, no matter how mundane or innocuous it may seem. In order to be successful cooperators, we should start thinking of texts as social actions rather than impartial objects. Rather, meaning is a negotiation between writers and readers within a given context.

Scholars who study how language affects the way people think and act have argued that we should not only pay attention to what we say, but how we say it, why we say it that way, and what are the effects of those words. Understanding the effects of our writing matters because organizational documents—codes of conduct, incident forms, budgets, handbooks, bylaws, etc. — are fundamental to the identity of an organization, with long-lasting effects. So then, rather than seeing texts as neutral objects, a closer look indicates even every day texts are acts of persuasion — social actions with social consequences.

One possible consequence of persuasive writing is group consensus and action. An organization is built in part by the documents we write together. In other words, organizations like cooperatives are quite literally constructed and preserved through the interactions of people and writing. In a case where consensus is central to operations, documents play a critical role in stabilizing a group in order to work together. That is, documents not only harmonize working relationships but also regulate actions of heterogeneous groups so they can work together. Because these documents create common ground and can be imparted with normalizing power, it is important to think carefully about how and what we write.

Looking at texts through a focus on their persuasive and stabilizing features (rather than taxonomic features) shows that texts develop and perform in at least two ways.

First, many organizational documents develop as responses to recurring social situations. Importantly, close consideration of texts means looking more on their social effects (what actions do they allow/disallow), rather than its discrete, taxonomic features, i.e. what constitutes a bylaw, a code of conduct, an employee handbook. In other words, one way to think more carefully about meaning is to consider what event the text is responding to, and what it’s meant to continually respond to. Going back to the harassment example, what is it about that harassment event that needs addressing? What would a reoccurrence of harassment look like? What about “harassment” do you want the document to address? Keep in mind that future harassment might look differently than the event you are addressing now, and future readers of that policy will bring their own experience to the table, leading to the second point to consider.

Second, documents develop as powerful stabilizing forces, but only temporarily. In other words, the meaning of even mundane organizational texts is only “stabilized-for-now” as the genre and its social effects are always in flux (Schryer, 1994; Winsor, 2007, p. Because readers and contexts are continuously changing, meaning can change and implementation of a policy may look different. This constant change makes writing documentation difficult. Understanding the social situations texts respond to — and stabilize — is key to investigating systems of power in an organization, one undergoing evolutionary changes and tensions. As contexts changes, the meaning of the document may change.

Like all organizations, cooperatives are social by nature, built and sustained by social connections in which stability in the form of either hierarchy or genres are necessary. In a cooperative, where hierarchies may be intentionally undermined or avoided, texts become the source of power, made to carry the burden of unpleasant tasks. Texts can become the “heavy,” and if so, it’s even more important to living out our values of cooperation to make sure those texts are inclusive, transparent, and democratic.

Given these difficulties in writing effective documents, here are some tips and best practices I have picked up along the way, either through research, practice, or listening to others.

Given the long term social effects of unstable texts, writing organizational documents for both the present and future readers and contexts can be tricky. By being responsible and clear in our writing — considering not only the present moment’s needs but also future generations who will encounter the document — we build strong cooperatives with a unified base. Intentionally building in good writing, revision, and review policies can help address the difficulties and prepare for the social effects of our writing.

The Art of Making Decisions Together