Dialogue: A Pragmatic Tool to Actualize an Ethics of Cooperation 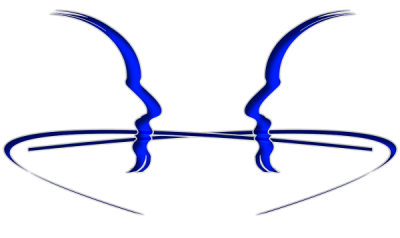 [Editor's note: This paper by Luenens, http://www.sommetinter.coop/cms/en_CA/home/etudes-et-articles/articles-scientifiques.htmlSanudo and Schweigert appears in the forthcoming electronic release of The Cooperatives’ Power of Innovation: Selected Texts from the International Call for Papers, produced by the International Summit of Cooperatives.  In it, the authors consider how the practice of worker-manager dialogue, as developed by the German social enterprise SUSA, can be used by cooperative enterprises to increase their effectiveness and help them meet their objectives.  However, as the interview with SUSA's Siegele makes clear, the practice of dialogue may entail a re-examination of some common cooperative conceptions:

Interviewer--The sixth belief is that members of an organization should own part of its capital, elect its leaders, and have a sense of solidarity with one another.  Do you agree?

Sebastian Siegele--[...][T]o elect its leaders is good, but not necessarily.  The problem with formal elections is that people reproduce existing hierarchies.  Some values are already implicit in elections.  Of course, we all have the opinion that elections are good because that is democracy.  But in our work we have experienced that when we have informal worker representation where they decide by themselves whom to delegate--and we don't know how they decide--we have women who are delegated.

But as soon as there are formal elections, the men take over and few women delegates are left.  This has happened in every single country where we have worked.  In informal worker representation, one strong female leader might push other women to come into the committee without offending the others.  In one particular group, the women requested that there be no election for workers' participation and that if there were elections, they would not participate in the project.  We focus on direct participation, the continuous involvement of each and every individual in decision making.

Siegele presents a nuanced perspective on the pragmatic aspects of collective decisioin-making, dialogue, and social change that should provide food-for-thought for cooperative and Solidarity Economy organizers and practicioners.  Additional papers from the The Cooperative's Power of Innovation can be found on the ISC website.]