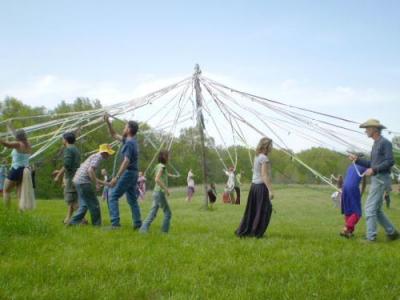 Obamacare is changing the game of private health insurance, but private health insurers are still in it to make profit. And while they are in the game, they will do their best to rig the game in their favor. Ask anyone who has had a significant health problem. So why do we continue to give control over health care and our money away to companies that don't have our interests at heart in a matter that is literally life and death?

I wanted to look at alternative, community-based models and see if they actually work. One model is the Ithaca Health Fund, operated by the Ithaca Health Alliance since 1997. This nonprofit, inspired by the Canadian health system and the Amish Church Aid self-insurance program, runs several health-related programs. The Ithaca Health Fund reimburses medical costs for certain categories of preventive and emergency health care and its free clinic provides conventional and complementary primary care visits to the uninsured, as well as classes and a newsletter on preventative medicine. They rely on member fees and grants for funding and local college students to fill the many needed volunteer roles. 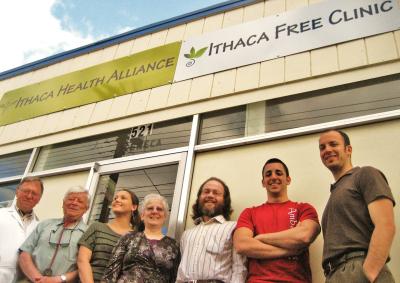 The Ithaca Health Fund was challenged by the New York State government as an noncompliant health insurance provider but restructured to work around the laws partly by making “grants” to uninsured patients, rather than reimbursements and restricting their boundaries to New York State. They are still struggling to get official nonprofit status from the federal government even though they are a charitable organization that depends significantly on grants to meet the needs of its low income clients while maintaining fee levels that they can still afford.

Even more intriguing was my encounter with PEACH (Preservation of Equity Accessible for Community Health) at Sandhill Farm in rural Missouri. On a visit there, I asked the residents of this intentional community how they made it without health insurance and they glowed about the benefits and low cost of PEACH. I recently interviewed PEACH's initiator, Laird Schaub, about this little known program to get the inside scoop.

The Federation of Egalitarian Communities (FEC) started PEACH as a group, self-insurance plan for income-sharing communities in October 1987, based on a program offered by Coop America at the time (now discontinued) with similar premiums and deductibles but managed by a commercial carrier. 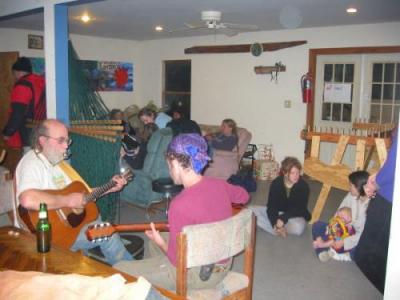 FEC started by asking for monthly contributions of $10 per person per month (now $15/month) for several years before taking claims, after which time the FEC figured they'd have enough money to start reimbursing participating communities for major medical expenses, including natural medicine. Built in was a high $5,000 deductible that the intentional community would pay on behalf of its members' claim before PEACH would kick in and pay the rest. The deductible sounds like a lot, but the average premium for just one person was $5,615 in 2012 and that doesn't include a deductible.

The program was started when members of newly formed intentional communities were still relatively young. They started thinking ahead about how they would pay for healthcare while still trying to live a mostly self-sufficient, sustainable lifestyle, separate from the dominant economic system. This allowed them to save up a bit and invest the small monthly fees to grow the fund. Many of the FEC communities have their own sustainable enterprises and purchasing commercial insurance would be too great of a financial burden. Founder Laird Schaub said, “It was pretty easy to get buy in since these communities didn't have health insurance already and didn't want to buy into that system anyway on principle.” 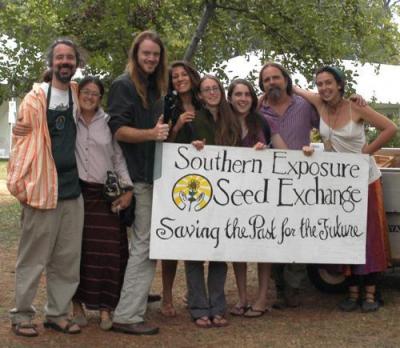 Investments include socially responsible investing funds and loans, which have grown the fund far beyond the member contributions. The fund is now at $500,000 with eight to ten short to medium-term loans out at any given time to cooperative ventures and intentional communities that are in line with FEC values of social justice, sustainability and cooperation. Unlike commercial insurance companies, where money paid in premiums is gone forever, PEACH has a policy of paying back communities that drop out of the program 90% of what they paid into the program minus what they received as reimbursements on claims.

Another unique aspect of the program is that PEACH does not insure  individuals, only the communities that they are a part of. That means claims are agreed on and filed by the community on behalf of its members' medical expenses. "PEACH is an agreement among communities and extends no right per se to individuals. Thus, it only works for groups that take primary responsibility for the health care of members, as is true in the income-sharing communities that participate," says Schaub. The community pays everything upfront and then gets reimbursed for the 90% beyond the first $5,000 and up to a pre-established limit for claims in that year, which is determined by a formula based on net income realized in the previous year. Communities agree to not seek reimbursement for using heroic measures to save a member, such as life support when the chance of survival is low or for unnecessary surgeries.

This system creates two layers of trust - trust between the individual and the community they live in and trust between member communities of PEACH. “Trust”, Schaub says, “is key to the system working. I am not sure it would work with people who don't know each other or share values.” Besides trust, they also have well defined rules and democratic decision-making processes that govern the program, its administration, finances and claims. PEACH is overseen by a body comprised of one representative of each participating community 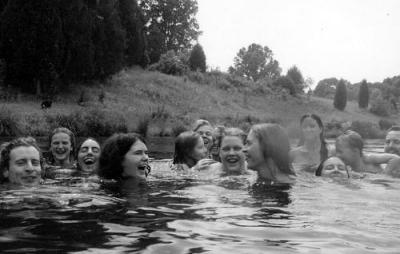 Another reason for its success may be that all members are sustainable, income-sharing communities or at least communities that take primary responsibility for their members' health care, meaning that members intend to care for each other when ill. They also tend to live healthier lifestyles, exercising more than the average person, usually living in cleaner and less stressful than average rural environments and eating homegrown, organic food. Schaub noted that the emotional support alone probably leads to less illness. All these factors might make this a special case not applicable to regular folks. Mainstream people might get chronically ill too much, file too many claims and sink the fund if the premiums stayed as low as PEACH's. Low premiums are the equalizer for living a healthier but less economically profitable life, a factor generally not calculated into conventional health insurance other than for nonsmokers.

Member communities are also taught how to negotiate medical bills with providers to lower costs. Schaub stated that, "Hospitals charge uninsured people 50% more than they charge insurance companies for the same bills simply because they can negotiate." I learned first hand this reality of discriminatory pricing against the uninsured when working in a hospital billing department at a hospital in Irvine, CA.

Corporate health insurance companies have been known to deny valid claims. PEACH on the other hand, in its 23 years of insuring, has paid every claim in full (except one vasectomy reversal), which has only been approximately one per year, currently serving 200 people in eight communities. One member I overheard was able to use a PEACH claim to buy an infrared sauna to treat her Lyme disease, an alternative treatment that is gaining popularity in alternative medicine, but would never be covered by conventional health insurance. This kind of choice is crucial to managing chronic illness, which conventional medicine often has few answers for. All treatments including herbs, however, must be prescribed by some kind of licensed health care provider, which reins in high experimental costs.

According to Schaub, “The biggest challenge for PEACH is knowing how much claims will increase with a covered population that approaches a more typical demographic age mix, compounded by health care costs that are spiraling out of control.” They have considered reaching out to new communities that don't income-share for sustainability through more members, but there is hesitation about trust and liability for communities that may lead a more unhealthy, and less interdependent and caring lifestyle. Their first step was branching out to nearby Dancing Rabbit Ecovillage, which has a health care coop that manages health care for members, but they've put further membership outreach to communities that don't income-share on hold for now.

I was surprised to learn that even my partner's employee-owned, yet conventional engineering company in Kansas is self-insured up to a certain claim level, leading me to believe it's not just an ideological choice, but a good business decision. According to CNN’s analysis of the Fortune 500, “The star of 2009 is undoubtedly health care. The sector's earnings jumped to an all-time high of $92 billion. Health-care earnings rose by $23 billion, or 33%...from two groups, one surprising - medical insurers - and the other more predictable, pharmaceuticals.”

Health insurance companies are clearly skimming a lot of wealth off the top. If groups self-insured, that wealth could instead be reinvested back into their communities in the form of loans, preventative medicine education, clinics, healthy food access and more. Add in some community-based mutual aid and you might just have a winning venture for a healthier future. To start your own community health program, read Shareable's Healthy Rebellion post.

Mira Luna is the Organizing Director and a writer for Shareable covering grassroots economics. She is a long time social and environmental justice activist, community organizer and journalist, working to develop an alternative economy. She co-founded Bay Area Community Exchange, a regional open source timebank, the San Francisco Really Really Free Market and JASecon, and has served on the boards of the Board of the San Francisco Community Land Trust and the US Solidarity Economy Network (current). She coordinated the Bay Area Participatory Budgeting Tour, the first Homestead Skillshare Festival in San Francisco, the Festival of Grassroots Economics in Oakland and two workshops for the Network of Bay Area Worker Cooperatives. She was program coordinator and adjunct faculty for New College's Activism and Social Change program after graduating from its Culture, Ecology and Sustainable Community program with an emphasis in Activism and Social Change. She also completed a BA in Environmental Studies from the University of Oregon. In a previous life, Mira successfully fought a nuclear waste dump in West Texas and helped pass legislation in San Francisco to implement the Precautionary Principle and Sweatfree purchasing, as well as working with community gardening organizations in CA and Mexico. She now believes change starts in your community from the bottom up, in collaboration.