Co-ownership and the Sharing Economy 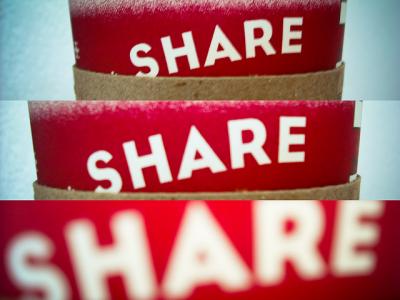 Who owns the cheerful, convenient apps and websites that allow us to hail taxis, rent strangers’ apartments, or borrow tools from neighbors, and what control comes with that ownership? The question of ownership in the sharing economy is looming large as these sharing platforms come of age.

The sharing economy, if you’re not familiar with the term, encompasses a wide spectrum of enterprises, including Airbnb, Uber, time banks, tool libraries, and more. As a whole, the sharing economy espouses values like collaboration, sustainability, and cooperation. Quite simpatico with the cooperative movement, right? But, alas, in many of the sharing economy behemoths, these values don’t percolate past the marketing department.

In a recent article on Shareable.net, Nathan Schneider declared that owning is the new sharing:

The notion that sharing would do away with the need for owning has been one of the mantras of sharing economy promoters. We could share cars, houses, and labor, trusting in the platforms to provide. But it’s becoming clear that ownership matters as much as ever. Whoever owns the platforms that help us share decides who accumulates wealth from them, and how.

This examination of ownership is popping up in unexpected places. Forbes recently published an article titled If Apple Were a Worker Cooperative, Each Employee Would Earn at Least 403k, which elaborated on the benefits of worker cooperatives.

The Nation offered a plan on how and why to socialize Uber, citing Uber’s exploitative treatment of drivers and outlining the benefits of local, democratic control.

In Fast Company, Jeremy Heimans and Henry Timms conclude that “the next Uber might be co-owned by the drivers.” To some extent, a co-op Uber already exists in Denver: Union Taxi is a driver-owned worker cooperative that offers a smartphone app to hail taxis.

The belief that ownership matters is at the core of the cooperative model. A co-op is owned and democratically controlled by the people who use it. Being member-owned means that any profit or benefit returns to the members and the larger community, not to investors or an individual owner.

Companies like Uber don’t have co-ownership to ground their business choices — they have to answer to their investors. Because we own a co-op together, we are able to make fair, humane decisions that make sense in our context. What else could we own together, Philadelphians?

We could co-own a carsharing service. PhillyCarShare started in 2002 as a nonprofit and had 30,000 members at its height. In 2011, it was purchased by Enterprise. What if it had been bought by its members instead? It’s been successful elsewhere: Modo is a carsharing co-op in Vancouver that competes with ZipCar and Car2Go.

We could co-own the places where we cowork. There are about 20 formal coworking spaces in Philadelphia, and only one is a co-op: Mascher Space Co-op, an artist-run dance space. At the other coworking spaces, you already have to become a member to cowork — why not include a slice of the ownership and a say in how the space is run and organized?

Looking beyond the sharing economy, we could co-own our sports teams. Unfathomably large sums of public money are spent building stadiums for our beloved Eagles, Phillies, and Flyers. Why should billionaires reap the profits of our devout fandom and public investment? In Wisconsin, the Green Bay Packers are a community-owned nonprofit (not an official co-op). Why not here?

Conventionally owned sharing economy services allow us to practice cooperative behaviors, use resources more efficiently, and remind us that we don’t need to own one of everything ourselves. However, nearly all of the sharing economy companies facilitate transactions but don’t add much value otherwise. All of the value comes from the “users” or “peers” or, shall we say, future co-owners.

As co-owners, we could recirculate our profit as we see fit, maybe lowering rates for service, maybe investing in research and development, or maybe throwing parties. It’s our choice!

In her excellent essay Debating the Sharing Economy, Juliet Schor calls for “democratizing the ownership and governance of [sharing] platforms” to fulfill the transformative potential of the sharing economy. We’ve learned to share our time, our tools, our rides, our homes, and our offices. Now let’s learn to share ownership.