FLORENCE, MA- Unlike most print shops, in the last decade Collective Copies, a 36 year-old worker cooperative, hasn’t been scaling back their business — they’re expanding. The shop owes its most recent successes to leveraging its co-operative identity. The newest addition to the co-operative’s equipment is a wide format printer purchased with a loan from their own support co-operative, the Valley Alliance of Worker Co-ops (VAWC). With this addition, the business is now capable of scanning and creating extremely complex images on a massive scale. 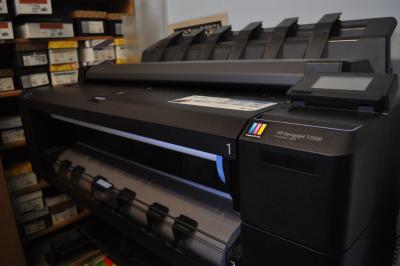 As a member of the Valley Alliance of Worker Co-operatives, Collective Copies was able to fund its most recent venture with a loan from VAWC’s emerging Interco-operative Development Fund (IDF). VAWC's Fund is a “social innovation” taken from the Italian co-operative movement. In 1992, Italian co-operatives drafted legislation mandating every co-op in the country contribute 3% of their surplus to a co-op development fund run by a co-op association. These funds contribute to one of the largest co-op sectors in the world with 79,949 registered co-ops, employing 1.3 million people, 7.2% of the workforce, earning €130 billion annually*.

“It's a very big deal to us. The IDF is probably the most important feature of the VAWC network,” said Faith Seddon, a worker-owner of Collective Copies. “We are always on the lookout for new machines or software to help us grow and stay competitive. Without this piece of equipment, we would be in trouble!” Member co-ops contribute 5% of surplus into the VAWC Fund, promoting interco-operation, spurring co-op development, and bringing the voice of worker co-operators to the table of economic and co-operative development in the region.

As stated in VAWC's Membership Agreement, building the co-operative economy requires “external mutuality” and Co-operation Among Co-operatives, the 6th Co-operative Principle. This includes mechanisms for moving financial resources among enterprises from areas of surplus toward areas of need and opportunity for an engaged co-op movement alive with co-operative leadership.

Traditional lenders rarely understand the co-op structure and at times undermine their structure by requiring individuals to be at risk on the loan instead of the business itself. (This is a struggle, as the National Cooperative Business Association CLUSA (NCBA) is working to provide access to Small Business Administration funds for co-ops. Click here to see their statement). Worker co-operatives confront this issue particularly often as there is a lack of familiarity among legal and financial support structures. 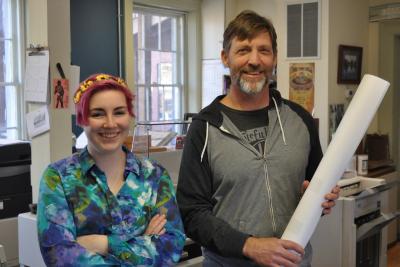 Co-operative associations like VAWC educate about these issues and serve their members in achieving their mission while protecting co-op process and structure. “It benefited us because we were able to receive funding quickly to be able to move on a good deal. We also feel good that we were doubly benefiting by the interest on the loan going to our own organization. What you would call a true ‘win/win.’” said Seddon.

“So many businesses will have an owner that is absent and is siphoning company profits to [places like] Florida” says Said Randy Zucco of Collective Copies, “Most co-operatives don’t operate that way. We work here, live here, invest here, our kids go to school here — you name it. When you work with a co-operative business your dollars are being invested where you live.”

In addition to their Fund, VAWC has supported five conversions of traditional firms to worker co-operatives.  In partnership with the Neighboring Food Co-op Association (NFCA), VAWC co-founded the Certificate in Co-operative Enterprise in the Department of Economics at the University of Massachusetts, Amherst. NFCA is a sister federation of food co-ops and works with VAWC to support legislation empowering co-operatives and coordinating efforts to build a stronger co-operative economy.

With this latest loan nearly paid back, VAWC has its sights set high on new ventures including a conversion of yet another traditionally structured business into a co-op. According to Zucco, “its particularly important that us worker co-operatives support each other in a way that makes these growth opportunities happen. The VAWC loan fund directly helps us.” For more information find VAWC on twitter, facebook and online at www.valleyworker.coop.

hello, I am interested about your job. i am a farmer and the president of an agricultural cooperative association and I would like to know more your coopertaive association interventions. thanks