Book Review: 'Our Democracy and the American Indian' by Laura Cornelius Kellogg

[Editor's note: alert reader Brigit McCone recently made us aware of an important cooperative advocate whose work on Native American solidarity economics has been largely overlooked, including in our own publication. Fortunately for us and our readers, Brigit has penned a brief introduction to the work of Laura Cornelius Kellogg. We hope you enjoy it as much as we did.] 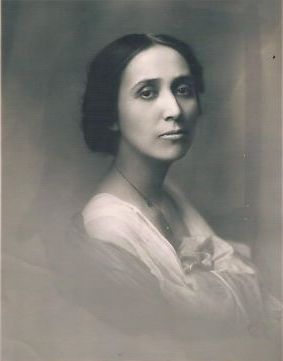 Our Democracy and the American Indian is a 1920 book in which Laura Cornelius Kellogg, a Wisconsin Oneida activist of the Six Nations Confederacy of Haudenosaunee (Iroquois), lays out her “Lolomi” plan of economic democracy as a solution to the social and political problems facing indigenous Americans. Lolomi may be of interest to GEO readers as a scheme to fuse profit incentive with democratic ownership of collective enterprise, as well as an attempt to adapt America's existing laws of incorporation into a vehicle for the defence of Indigenous sovereignty and collective land rights.

Before examining Kelloggs' Lolomi proposals in depth, it is worth considering her method as an alternative to more theory-driven approaches to social organizing. Kellogg first identified the key principles which she wished to protect within her system: voluntary association, the profit incentive and the democratic ownership of collective enterprise. Next, she made detailed study of cultural precedents for how they might be achieved, from Six Nations democratic traditions to Mormon collectivism to the German garden city and industrial village movements. Finally, she used every available avenue to promote her plan, from direct community organizing to becoming a founder member of the Society of American Indians, to litigation, to the publication of Our Democracy and the American Indian, to testifying at Congressional Hearings and a planned trip to the League of Nations.

Her attempts to raise money towards legal costs of land claims, and for the establishment of a model industrial village, saw her arrested on multiple occasions on suspicion of fraud, though eventually exonerated. Her constant sharp-tongued attacks on the paternalism and corruption of the Bureau of Indian Affairs probably influenced their attempts to discredit herself and her activist husband, with the result that her name has fallen into relative obscurity. It is one of the ironies of the 20th century that, even as ideas of economic democracy became fashionable with the European and Euro-American Left, the actual traditions of economic democracy of indigenous Americans were rarely defended, while they were pressured to abandon collectivism in favour of privatized allotments.

To Kellogg, a sound economic foundation was the only secure basis of tribal sovereignty and cultural development. Believing that “the real nature and the real object of Bureaucracy is to make inefficient and dependent men and women”, she sought to establish a protected self-government for American Indians through Federal incorporation into industrial communities. Critically, Kellogg proposed a single vote for each member of the corporation, regardless of their number of shares or capital, effectively establishing democratic governance of community through corporate law, while protecting land rights through their combination. Kellogg also proposed a cooperative store which would capitalize on labour after the model of the original Utah Mormons, to end the exploitation of indigenous Americans by merchants and speculators in the supply of their necessities, while installing modern hospitals and schools on the reservations. While defending property from dissipation by holding it communally, Kellogg wished to protect the profit incentive and ensure that each individual member benefited fully from the fruits of their labours, while guarding the principle of voluntary association through the individual's freedom to sell their shares and holdings back to the cooperative and relocate.

Laura Kellogg's plan of using economic democracy to solve the social problems and demoralization of indigenous Americans was new and divisive when first proposed to the Society of American Indians. Today, thinkers like Canada's Carole Anne Hilton have coined the term “indigenomics” to refer to the integration of traditional indigenous economic principles with modern business practices, and the Minnesota Indigenous Business Alliance recently published A Guide To Tribal Community Cooperative Development. It looks increasingly as though Laura Cornelius Kellogg, perhaps the first real indigenomicist, was far ahead of her time. Our Democracy And The American Indian can be accessed online.

Brigit McCone is an Irish writer and lecturer who specializes in 19th century Russian and Ukrainian literature, with a dark past in event organizing, cabaret and stand-up.