[Editor's note: This is the second of a two part examination of  the relationship between The Democracy Collaborative and the Evergreen Cooperatives of Cleveland, OH.  The author, Atlee McFellin, was a consultant and then employee of The Democracy Collaborative from February, 2011 until Novemeber, 2012.  Part 1 focused on the problems experienced by the Cooperatives and argues that they were largely a result of failures of the "anchor institution model" of co-op development.  Part 2 looks more closely at the relationship between The Democracy Collaborative and the Evergreen Co-ops and raises questions about how worker co-ops and non-profit organizations doing co-op development interact and collaborate.   The Democracy Collaborative has not responded to requests for comment on this article as of the time of publication, however we continue to strongly encourage feedback and responses from any and all involved in this or similar projects.  While the views expressed below are those of the author, and not necessarily of the GEO collective, we do feel strongly that there is a need for an open and honest conversation about all facets of our movement; a conversation that welcomes transparency and critical analysis as a means of collective self-improvement.  We welcome all to participate in this conversation and encourage readers to make use of the comment section below.  Feedback can also be sent to editors@geo.coop] 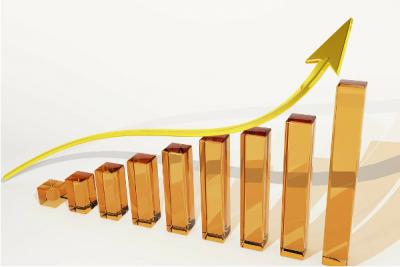 In the first part of this essay, The Untold Story of the Evergreen Cooperatives, I discussed the difficulties Cleveland's Evergreen Cooperatives faced due to the actions of their anchor institution partners, and lack of belief in the capacity of worker-owners on the part of the leadership.  Yet another critical detriment to the Evergreen Cooperative Initiative was the role of its very creators, those repeatedly heralded for their work: The Democracy Collaborative (TDC). They, more than anyone else, converted Evergreen into a commodity to be marketed. For, much like one of the early CEOs of the laundry who split his time building another laundry co-op in Pittsburgh despite the failings of Evergreen’s own laundry business, The Democracy Collaborative quickly seized Evergreen’s publicity to build up their own organization, often times with funding that could have and should have gone to Evergreen itself.

The intention was always to use Evergreen to grow the annual revenue of the organization to over $5M by 2014 and $10M a few years thereafter.  As seen in a draft of TDC’s five year plan from May, 2011, Evergreen was the central piece of their strategy for growing the size of their budget. It was their claim to fame — and yet it was their desire to use Evergreen for their own financial ends that played the largest role in what became Evergreen’s near-terminal difficulties.

Let’s look back to the brief history of The Democracy Collaborative and see how they viewed Evergreen as well as to what extent we can reasonably say Evergreen helped their 501(c)3 grow. If we go back to 2006, the first year for which TDC’s IRS 990 could be found, we see an organization whose Executive Director was paid by the University of Maryland, and with total revenue for the year at a paltry sum of $158,237. That year they held their first two “community wealth building roundtables,” one in Scranton, PA and the other in Cleveland, OH. In 2007 things improved slightly as they began work in Cleveland crafting what they were then simply calling an “economic inclusion strategy.” Revenue improved that year to a sum of $259,430 which is a significant improvement from the year before, while the University of Maryland continued to pay the Executive Director’s salary, despite TDC’s work becoming increasingly distant from the university itself.

The Cleveland Foundation only contributed $50,000 to TDC in 2007, but it would increase that figure to $221,662 in 2008, which would help explain how TDC was able to increase its funding to $652,400 in that year. At this point, and with funding from the Cleveland Foundation, TDC was also able to pay its Executive Director for the first time, taking over the $150,000+ salary from the University of Maryland.

2009 and 2010 saw a slight decline in funding for TDC, down to $552,500 and $526,825 respectively. It’s interesting to note that in 2009 TDC referred to Evergreen in its IRS 990 forms as its “flagship project,” which is something to keep in mind, going forward. What’s also important to note is that in 2010, TDC’s Executive Director, Ted Howard, was appointed to a newly created position at the Cleveland Foundation called the Steven Mintner Fellow for Social Justice, because of his role designing Evergreen and the desire of the foundation for him to play a leading role in its growth.  What’s especially curious is that this new position came with annual compensation totaling $150,000+ yet that same year, and for the subsequent years of this fellowship (it ended in 2014), TDC also paid Howard a sizeable salary, which it justified by saying it was competitive for similarly sized organizations.

Among Howard’s specific responsibilities as the Steven A. Minter Fellow will be:

● Structuring the cooperatives’ business network for long-term sustainability and expansion

● Attracting additional funding and other resources for the cooperatives

● Promoting the Evergreen model in other areas of the country

We know that the first of those responsibilities didn’t go so well, and it is the combination of the first and second one together that is of particular salience. While the Evergreen Cooperatives were struggling, including when its worker-owners were being turned away by the predatory check cashers [see part one -ed.], TDC’s coffers were growing considerably under the direction of its Executive Director, the same person who was the Steven Mintner Fellow. It was a busy time.

How does one explain the rapid rise of the organization’s revenue other than they had a “flagship project,” which they used to make the case to foundations and others in order to generate that increase in funding? This is not to say that the Fellow/Executive Director didn’t push some funding Evergreen’s way, but that was limited to investments from high net-worth individuals who were essentially loaning money to the first two co-ops as working capital. This was at the same point when worker-owners couldn’t even cash their checks, so the working capital infusions were direly necessary and often times came too late.

They...converted Evergreen into a commodity to be marketed

But the grant money from foundations didn’t go to Evergreen, neither did the lucrative six figure contracts TDC secured and continues to secure in other cities looking to “adapt the Cleveland Model.” Despite all the tours of Evergreen and all the notoriety, the funding went to TDC. This is what grew their revenues those years, despite the fact that it was Evergreen worker-owners and staff who were doing the work, and whose lessons were the most relevant to other cities. Indeed, early on Evergreen had even set up a wholly-owned subsidiary company that would both manage back office services for each of the cooperatives and which was positioned to support work in other cities. Evergreen Business Services, as it’s called, could have, and should have, been the entity to handle all contracts with stakeholder groups in other cities. It was the experiences and skill sets of the various executives and other people at the various cooperatives and the holding non-profit organization, the Evergreen Cooperative Corporation (ECC), who were and still are the ones with the most experience. Evergreen’s staff were the ones who were managing all the relationships with anchor institutions, including working with them to devise actual new businesses. This is almost completely different than the experience of TDC because though some of the staff did, indeed, help design Evergreen, their own experience (the author's included) with what’s required to actually build physical businesses linked to the supply chains of the anchors was, and still is, extremely limited.

It’s little more than guesswork for them, and TDC should have never handled any of the work in other cities, and should have directed foundation grant funding to the Evergreen Cooperative Corporation itself. After all, it was everything that the ECC and the cooperatives were doing that was attracting the interest of foundations across the country. And despite the fact that the TDC’s Executive Director was hired by the Cleveland Foundation to, amongst other things, “attract additional funding and other resources for the cooperatives,” the vast majority of the funding was going to TDC.

For all the work Evergreen was putting into tours [see part 1 -ed.] and sustaining the very “Cleveland Model” TDC was marketing across the country, assisting other cities didn’t benefit Evergreen. In fact, it only hurt them. But, unlike the case for everyone else who came to Evergreen in hopes of bringing the model back to their cities, TDC was the one who was raking in the funding. Most of this was happening at the very same time the cooperatives themselves were increasingly running out of money and unable to pay the worker-owners. If TDC would have just played their initial role, if the Cleveland Foundation would have never created the Steven Mintner Fellowship for TDC’s Executive Director, and if everything else would have been left to Evergreen itself, we wouldn’t be hearing about Evergreen’s struggles. All the work in other cities would have been built into Evergreen’s business model from the beginning. All the funding that went to TDC would have gone to Evergreen, which would have shouldered the difficulties the cooperatives had getting to the breakeven point.

Evergreen’s cooperatives aren’t just businesses and shouldn’t be viewed as such. They are models for the country and have been shouldering a burden for all of us since they started, the burden of building a model to solve the crises we’re faced with today. If TDC wouldn’t have siphoned off so much of the funding, Evergreen wouldn’t have had worker-owners unable to cash their checks, they could have launched additional businesses, and we wouldn’t be looking back on years of cash flow problems because Evergreen itself would have had a hand in adapting the “Cleveland Model” in cities across the country. Instead, Evergreen limped along because the people most responsible for its success had other plans.

Atlee McFellin is a Co-Founder & Principal of The Symbiosis Center LLC where he specializes in the creation of innovative economic development strategies and programs.  He is also the founder and President of Inge’s Place: The Space for Innovation; a 6,000sqft co-working space in his hometown of Battle Creek, MI fostering entrepreneurship and collaboration amongst small non-profits, microenterprises, and the creative community. Inge’s Place, named after his grandmother, is also the home of the BC New Economy Initiative, a loose network of organization working together to create economic opportunity for the local community. His writings can be found on Shareable.net, Resilience.org, CommonDreams, and especially his company at blog.symcenter.org. Prior to founding SymCenter, Atlee supported local community foundations, anchor institutions, financial institutions, community-based organizations, and others to create comprehensive strategies for cities around the country based on the Evergreen Cooperatives in Cleveland, OH.  He is also on the Board of Directors of the New Economics Institute (soon to be New Economy Coalition), a national network of diverse organizations building a new economy from the ground up. Prior to joining the board of the New Economics Institute, he was Board Co-Chair of the New Economy Network, designing a new program and merger with NEI. Before Atlee’s work on the Evergreen Cooperatives in Cleveland, he worked for the American Sustainable Business Council as its first Staff Associate.  He was also a strategy consultant to Green For All, a national green jobs organization, working on scaling up innovative developments in the green economy through public policy and investment.  Before that, he focused on sustainable investing research and client services as an intern then researcher for Veris Wealth Partners, a registered investment advisory firm.  Atlee attended graduate school in political theory and economics at the New School for Social Research with a focus on U.S. political economy and the effects of neoliberal economic policies.