Are Personal Currencies a Good Idea? 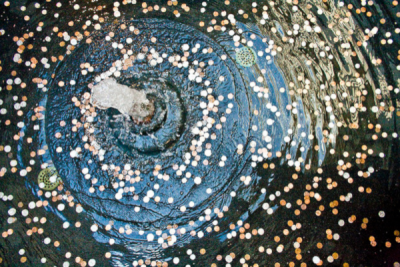 Over the years I’ve come across a few proposals that any person or entity should able to issue their own currency, and I’ve always struggled about what that would mean and how it would work. This is relevant for recursive currency systems like the Credit Commons in which theoretically any member could create a currency as part of a larger monetary ecosystem. Recently I’ve been thinking these through and I think the benefits are outweighed by the drawbacks.

For many currencies to coexist there needs to be an exchange rate between each currency and each other currency, which means either they are literally convertible into a different unit as miles are convertible to kilometers, or that there is a market enabling all currencies to be bought and sold for each other.

It always seemed to me that the whole point of a currency was that it was a shared reference point with a stable value in relation to goods and services, and that a personal currencies would be neither shared nor stable. Furthermore it would be very hard for the market to assess the value of each person’s promises.

There is plenty of monetary theory and historical experience around having multiple issuers of say, dollars. Many cryptocurrency advocates see themselves as implementing Hayek’s proposal for competing currencies. He believed that the most trusted currency provider would beat the competition and the least trustworthy would go out of business, and thus that the free market would give the users of money the highest quality money. I think a regime of personal currencies is an order of magnitude more complex than each bank issuing its own notes.

The Distributed ledger version of Ripple indicated how this might be done by granting every user the possibility to guarantee their friends’ IOUs. Everyone member’s promise was its own asset class or currency, and it provided an automated market for every possible pair of currencies. But the system would never work because any liquidity there might be for my promises of dollars would be spread thinly across many markets.

This was the problem the Bancor Protocol solved albeit with a token-based approach rather than using IOUs. Any user could issue any number of tokens and ‘connect’ them to other tokens in a pool with a common reserve token. The first currency could then be traded with, meaning exchanged for and priced against, the other tokens in the same pool, and therefore for tokens in other pools connected to that pool. Pools would be recursively connected until every token could be traded with every other across a tree structure just as I described in the credit commons white paper. The total number of markets was only the number of pools rather than one for each possible currency pair. Each pool could use its reserve to buy or sell tokens instead of needing a counterparty, meaning all the tokens could be liquid. This was an engineering achievement, and it forces us back to the question of why we thought everyone should issue their own token. It seems to work as a medium of exchange if you have an app connected to a blockchain, but what about other monetary functions? Its not standard of value because all token values are shifting with supply and demand, and its poor a store of value, having no intrinsic worth and only one guarantor.

...the distribution of risk/reward is very unclear.

So beyond those I have three major criticisms of massively multiplayer tokenomics.

The first is that does nothing to address the balance of trade problem which naturally occurs in any economy where different regions produce and consume different amounts. A money system needs to be explicit about how trade imbalances are handled. Receiving reserve tokens is like being given a interest-free credit which has to be repaid; it enables you to buy stuff from the wider markets, but you still have to sell stuff back to those markets. Economics has been contorting itself to get around the problem that some areas are more (economically) productive than others, and areas do not naturally import as much as they export. Rather what usually happens (see the Eurozone and the globalised dollar) is that the surplus countries start lending their surplus currency to the deficit countries at interest, and a trade imbalance eventually becomes an unmanageable debt leading to poverty and loss of sovereignty. If we are interested in social justice, we have to solve the problem of trade imbalances. There are basically 3 ways:

A multicurrency economy may have benefits regarding the issuance of currency and choice of which currency to use, but it obscures this balance of trade problem, especially when money is represented as variable value tokens. The Bancor approach uses a solid theory called the price-specie flow mechanism. The theory says that surplus areas’ currencies become stronger and deficit areas’ weaker, and therefore as trade becomes imbalanced, prices change and surplus areas are encouraged to import and deficit areas export – essentially that with a free market in currencies, prices will automatically adjust to affect supply and demand to balance the trade. Unfortunately while the theory is solid, many economists say that in the real world there are many other factors affecting trade and this mechanism has little effect. Also it was never supposed to work for tokens but for a gold standard. So massively multiplayer tokenomics will be no more socially just than other money systems on this score.

My second criticism is that the distribution of risk/reward is very unclear. From time to time token issuers will go bust and the value of their tokens fall to nothing. Others will increase in value. Instead of holding money the purpose of which is to retain a known amount spending power, each user would hold a portfolio of assets whose value would be constantly changing. Every transaction would involve a choice and a negotiation of which tokens to transfer. This can be done automatically, or the user can use their own knowledge of the token issuers and their own assessment of what each token is worth or will be worth. In Bancor where demand is artificial, token values might not reflect any reality. The risk and reward is essentially randomly distributed except insofar as people know each others’ business and take the time to acquire and dump tokens they know about.This table shows who takes the risk in different monetary systems.

My third criticism is usability. I can’t imagine a massively multiplayer token system working with cash; an app would be needed to price everything. The total amount in your wallet would need to be re-calculated hour by hour, and if you wanted to decide for yourself which tokens to spend and which to save, you would either have to configure your wallet or fiddle a lot just as you would if your pocket was full of coins from different countries. What you gain in usability, you would lose in knowledge and control over what was really going on in your wallet.

I’m also concerned that massively multiplayer token systems might not behave as their designers suppose.

Imagine you issued some tokens, but the more you spend them, the lower their price/purchasing power. You would much rather hold other people’s tokens than spend your own. It is very like borrowing money at interest Without mortgage tax relief distorting the picture, anyone would spend their savings before borrowing money because it is cheaper.

That means the only currencies circulating will be those issued by players currently in deficit. Meaning half the players’ token issuances are unnecessary. I see a lot of parallels with the fiat money system:

But unlike the fiat money system

My final concern is about competition between currencies. Hayek was keen that different institutions like banks should compete to provide exchange media and store-of-value services to the market. But most complementary currencies are designed by communities for their own use. If they were to compete against each other they might make a more ‘efficient’ economy, if anyone cares to unpack that assertion, but at the expense of exacerbating trade imbalances, and eroding each other’s sovereignty.

Adding these few thoughts up, it seems to me that a system of personal currencies isn’t fundamentally different to what we have now, though it could be much worse since manipulation would be much easier and injustices would all be obscured by unreliable exchange rates. It would democratise credit but there are much simpler and more accountable ways to do this.

A balance needs to be struck somewhere between one world currency a global monetary policy and near-zero risk, and personal currencies which require artificial liquidity and have no fixed value at all. It is as if anyone had the right to crown themselves king, and be sovereign over themselves. Great but somebody still has to clean the toilet every week. More currencies doesn’t mean more sovereignty, more credit, or more wealth, but it does mean more complexity and less liquidity.

After all, isn’t the whole point of a medium of exchange, like a sovereign realm, that it is something shared and agreed and standardised by a community?