Athens, Greece – While capitalism and consumerism dominate the culture of the United States of America and the Western world, community currencies are creating a buzz elsewhere. The radical need for alternative economies and community currencies is becoming more commonplace among societies across the globalized world dealing with the crisis of mass poverty and inequality. In part one of our three part series shining a light on some of these alternatives, we look at the Athens Integral Cooperative.

“We are building a substantial, alternative, and autonomous economy.” – Theodore of the Athens Integral Cooperative

WHAT ARE COMMUNITY CURRENCIES & ALTERNATIVE ECONOMIES?

Alternative economies are typically separate economic structures operating outside of the traditional economy and based on the common principles of a community.

Aggressive neoliberal policies have created a vicious cycle of austerity in Greece for the last seven years. Many people living in Greece, even today, experience a lack of dignity, unable to gain access to employment, housing, education, healthcare, and having to deal with pension and salary cuts.

In 2011, as the crisis was beginning to deeply impact public life, a ‘movement of the squares‘ swept through Greece, modeled after the indignados in Spain and the Tahrir Square Uprising in Egypt. Thousands took the public commons, occupying Syntagma Square across from the Greek Parliament in central Athens. Through direct democracy, they imagined a future without capitalism; this movement eventually made its way across the Atlantic Ocean to the USA in the form of the Occupy Wall Street movement.

These movements in Spain and Greece birthed political parties, Podemos and Syriza respectively, that have each taken power, and yet the effects of the crisis continue and evolve with no end in sight. We sat down with Theodore to talk about capitalism, the crisis, and the alternatives that have taken form to provide a sustainable living.

Theodore told us that a lot of people lost their jobs when the crisis first hit and that the banks imposed austerity measures and “social rules that were unbearable.”

“We tried to continue with our lives by building autonomous movements and trying to live by ourselves. This was a necessity during this seven years of our financial crisis where people [started] to create social groups and movements in order to cope with the diminishing structure of society, both economical and social.” – Theodore

Autonomous networks, mostly created by self-organized assemblies of anarchists, anti-authoritarians, autonomous groups and individuals, are a counter-force to the social services that the State either never provided, or stopped providing for the people due to the crisis. As Theodore stated, these networks are needed to gain the basic fundamentals of life.

Self-organized forms of resistance to capitalism and ways of implementing mutual aid to those in need are producing experiences that advance the prospects of the ability to live in an equal society, devoid of poverty.

Among the networks of resistance throughout Athens there are at least an estimated 1,000 assemblies with over 5,000 people participating in them. These assemblies are akin to horizontally organized working groups, each working towards a branch of fulfilling the needs of a community, or society, like; healthcare (see video below), housing, food, organizing space and even alternative economies that push to instill a non-consumer based economy.

Self-organized through direct democracy, Athens Integral Cooperative operates through an assembly that makes collective decisions based on consensus. The Athens Integral Cooperative (AIC) was inspired by the Integral networks of Spain, which Theodore says are “similar movements, cooperatives, and individuals who have managed to integrate their activities to a bigger network that could actually produce economy of livelihood.”

In describing the ideas behind the alternative economy of AIC, Theodore said that “time banks” were “the first step in the social economy“. Time banks are “not money that you can claim from someone” and it isn’t debt; it is peer-to-peer exchanges, or services, that are valued by the hour. The hour is not exact, but is a tool by which to measure productivity.

“It [time banking] has this very good social effect of making people understand they can exchange their production.” – Theodore

Exchanges through the network are done with a self-institutionalized monetary unit through a digital platform using the LETS network (Local Exchange Trading System), using the free software of Community Forge. The alternative currency holds value only within collective working groups and cannot be exchanged outside of the network.

The goals for the “solidarity economy” of the Athens Integral Cooperative are clearly stated on their website as follows:

“People are always interested in finding a way of escaping the present situation.” – Theodore

AIC has at least 100 participants and around 30 people providing production in the substantial economy. Compared to the eco-networks of the model Integral societies in Spain, this is small, but as Theodore said, the necessary transformation into an alternative economy “takes time” especially in an urban environment. He furthered that people can’t rapidly “evolve to another system” without understanding the culture of it.

As Theodore says, education is key. One of the first goals of the AIC is educating and inspiring the community to become self-managed and autonomous within the networks. They are working on making their community full of producers, not simply consumers. They are re-learning the value of the exchange, of their production, and of their productive value. 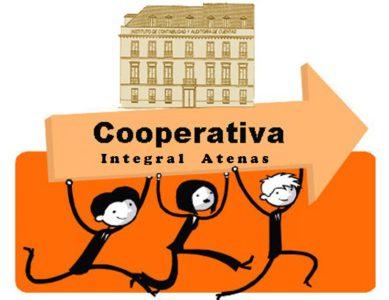 Theodore stated that things would have progressed much more if, during the time that the crisis was hitting, people knew what they now know.

“The interest of the people was huge, I mean, hundreds of people were gathering in assemblies, trying to find a way out. But, we didn’t have the knowledge then.” – Theodore

“The Alliance of the Commons, they bring the Commons as a political issue, as a political subject. So far, the alternative economy didn’t have the political direction … it was useful only for taking the pressure off the people.” – Theodore

Athens Integral Cooperative is pursuing a cultural revolution to transform the culture of consumerism and valuing one’s life in fiat currency, like the Euro or Dollar, into a culture of “autonomous exchange and autonomous productivity,” said Theodore, who continued by saying AIC was “doing a very good job at it.”

Stay tuned with Unicorn Riot for more on alternatives to capitalism, as we have two more specials on community currencies coming out in the next couple of weeks.