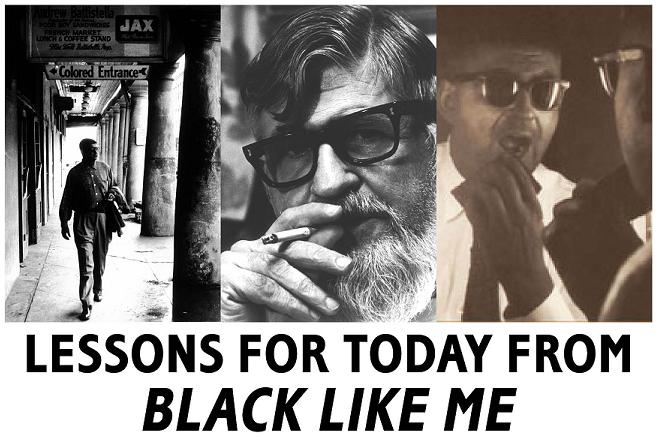 Fifty years ago this November John Howard Griffin’s Black Like Me stunned white America with a truth it did not want to see: a virulent, soul-killing racism against African people was rampant within this reputed “democracy.”

In a bold and dangerous act, Griffin, a white man, darkened his skin to pass as a black man. Traveling throughout the South, he wanted to know for himself how it felt to be discriminated against. Black Like Me [1] is a shocking chronicle of his six- week experience riding public transportation, searching for work and living accommodations, and even something as basic as a restroom. The book is still an enlightening read today for people of all colors.

Griffin taught great lessons about racism in general, unconscious racism in particular, and even internalized racism (the acceptance of the racist belief of themselves by people of color) —way back then. (The lessons are often not “spelled out,” but they are there in his narrative.) Because whites did not want to face up to the white supremacist nature of America 50 years ago – and for the most part still do not want to today, we are still at a very primitive stage of black-white relationships, and all other relationships.

In some ways, things have changed a lot for the better. For one, contemporary blacks do not have to contend, in most places, with the white “hate stare” that Griffin described. They can also dine or live wherever they want (provided they manage to have the money), and can even be President. However, in other ways, despite these important changes, the situation has gotten worse due to effects of structural and institutional racism—unemployment is believed to be 50% in places like Detroit, and 30% in parts of Washington, DC, while overall unemployment among blacks is 15-17%, twice that of whites; more than a million black men are in U.S. prisons, many economic gains have been reversed.[3] Blacks remain economically and politically powerless in a white supremacist culture. 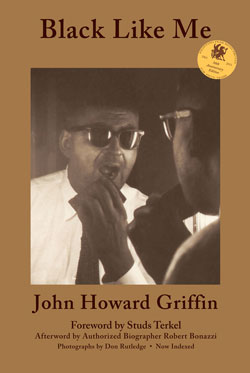 What Griffin reminds us about in the 50th year anniversary of his book’s publication is how blind white people can be about race and power in this country. The racial blindness was true then and it is still true today. Opening eyes to these issues would be an important step in changing the way our economy and world operate.

With this Special Tribute we at GEO want to honor Griffin’s important work as lessons our movements should revisit. We encourage readers to buy and read his works.[2] (Support Wings, a small press.) Remember that Griffin was a man who went on this journey for spiritual reasons – he really believed that people should not be judged by the color of their skins. He took action. In his own way.

We all need to take action, as individuals as well as part of a larger collective, not just to fix racism but to change the power dynamic and end America’s internal (and external) colonialism. Not just to fix “the economy,” but to fix ourselves as individuals and to build the kind of world where there is no “other.” Griffin learned and taught those lessons at great cost to himself and his family. There is no measuring how much his book and his talks after the book has changed the world. Let’s honor his sacrifice and take the work to the next level.

Included in the GEO Tribute we have Robert Bonazzi’s to the Wings Press 50th edition, an observation from Daniel Robertson, who accompanied Robert Bonazzi on a initial visit to Griffin. Bonazzi later became the executor of Griffin’s estate and publisher of many of Griffin's other works. He is also the author of Man in the Mirror: John Howard Griffin and the Story of Black Like Me, which provides more insight on Griffin. GEO members Michael Johnson and Ajowa Nzinga Ifateyo have also written personal reflections in their blogs. Links are provided to those reflections here in the Tribute. 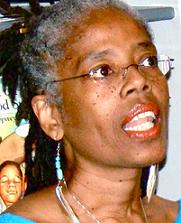 [1] The name comes from a line from Langston Hughes poem "Dream Variations":

[2] Prison of Culture: Beyond Black Like Me, a companion volume of his later writings on racism and spirituality (2011); (available from Wings Press); Available Light: Exile in Mexico(2008); The Church and the Black Man (1969); among others.