Permanent link to this article: http://geo.coop/node/444

John Logue, founder and director of the nationally respected Ohio Employee Ownership Center and a professor who taught and created worker ownership, died suddenly December 9, 2009, after being diagnosed with cancer just weeks earlier. John was a political science professor at Kent State University from where he built a distinguished career working to save companies and workers' jobs. 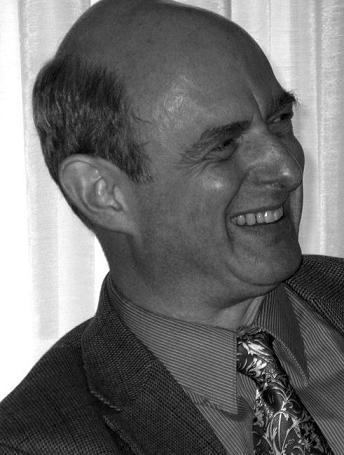 Born and raised in Texas, he earned a B.A., from the University of Texas, and both an M.A., and a Ph.D from Princeton University, in 1973 and 1976 respectively.  John joined Kent State in 1977, and went on to win numerous awards, including a Fulbright Professorship at the University of Copenhagen 1992, and a Doctor of Humane Letters from Alvernia College in Reading, PA in 2005 for his work with employee ownership. He also wrote extensively on employee ownership and workplace democracy.

To staunch Ohio's job losses from deindustrialization, John founded the Ohio Employee Ownership Center at KSU in 1987, which helped tens of thousands to share in the ownership of the companies where they worked.  A great egalitarian, he advocated bringing willing sellers, mostly retiring owners of small businesses, together with willing buyers--their employees--in a market approach that kept those viable companies in business.

Since then OEOC has worked with roughly 485 companies and employee groups employing 93,000 workers.  Of those, 71 firms employing 14,000 workers have implemented partial or complete employee ownership.  These companies have created about $300 million in equity for their employee owners.  OEOC also serves a network of seventy employee-owned companies with on-going training in ownership and participation.  These companies employ 15,000 people, mostly in northeastern Ohio, and generate more than $2.4 billion in sales.

John took on every obstacle that might stand in the way of the ownership transfers that were threatening Ohio, his co-workers said.  If owners and employees didn't understand the complex legal arrangements of Employee Stock Ownership Plans (ESOPs), he explained them in an understandable fashion.  If companies were in trouble or at the brink of closing, he would set aside other work to investigate the feasibility of a buyout.  If employees lacked the funds needed to see if it made sense to buy their companies, he worked with Ohio's Department of Development to help them.  If financing couldn't be found to close the deal, he cultivated friendly bankers and investors.  If the company was too small to afford to establish an ESOP, he found a way to create employee cooperatives that could buy from owners.  If some research or scholarship was needed to make the case for employee ownership, John located it or did it himself.

A quick and fluent writer whose gifts were developed under a devoted father's tutelage, he willingly shared his access to publishers and journals in co-authored articles, lending not just his name but also his considerable scholarly powers to every endeavor.  Through his research, he helped scholars writing about different kinds of broad-based ownership in several countries to find what they had in common and what they could learn from each other.  No one was too great or too small to be asked for help, nor to be thanked for it publicly.

For the past twenty five years, the reaction to economic disaster in Ohio has been "Call John Logue!", wrote former student and OEOC colleague Wendy Patton after John's death.  "In the face of difficulty, he gave us a sensible course of action.  He was uniquely optimistic, uniquely American - but his optimism was born of faith in us, faith in our ability to stretch and to succeed."

In the last two years, John's work included employee ownership in the community through Cleveland's new cooperative green venture, Evergreen Laundry.  The $6 million laundry is part of a network of businesses that also includes solar panel and hydroponic businesses.  The project has been planned to help low- to moderate-income workers in Cleveland, which has a thirty percent unemployment rate.

Recognizing the commonality of the struggle of workers for employee ownership, John attended the first Eastern Conference for Workplace Democracy at the University of Maryland in 2002, and attended most subsequent conferences.  In 2009, he arranged for OEOC to co-host ECWD at Duquesne University in Pittsburgh, in addition to participating in the plenary session and organizing several workshops.  There he spoke about the history of unions and corporations, providing a rich historical perspective on worker history and many lessons about employee ownership for both cooperatives and ESOPs.

John's vision of a cooperative and egalitarian workplace has been embraced by hundreds of Ohio companies and cooperatives and thousands of workers, but also major institutions such as the United Steelworkers, which is moving to a model of economic progress based on employee ownership, worker participation, and investment in community.

"John never seemed to age and was full of exuberant spirit--a visionary in the best sense.  He put participatory, union-grounded employee ownership on the national map.  His passing is a great loss, but his work remains as a legacy," recalls Len.

Mary Hoyer is a community and cooperative development consultant working out of Amherst, Massachusetts.  She works with the Cooperative Fund of New England, a lending organization for cooperatives and community-based nonprofits, as well as with the Eastern Conference for Workplace Democracy, a regional consortium of democratically-owned and managed businesses and their supporters.

Compiled by Mary Hoyer with information from the Ohio Employee Ownership Center website and comments from colleagues.  Thanks to Ajowa Nzinga Ifateyo and Dan Bell for editorial comments.

Learning to Grow Community Leadership: Why Leaving is my Greatest Accomplishment