Permanent link to this article: http://geo.coop/node/585

In 2001, Argentina was devastated by an economic crisis that led to widespread deindustrialization and unemployment levels of 21 percent. As factories closed, thousands of people suddenly found themselves jobless and without the possibility of finding work. Worse, the factory owners who declared bankruptcy often owed their workers months of wages and failed to provide workers severance pay. 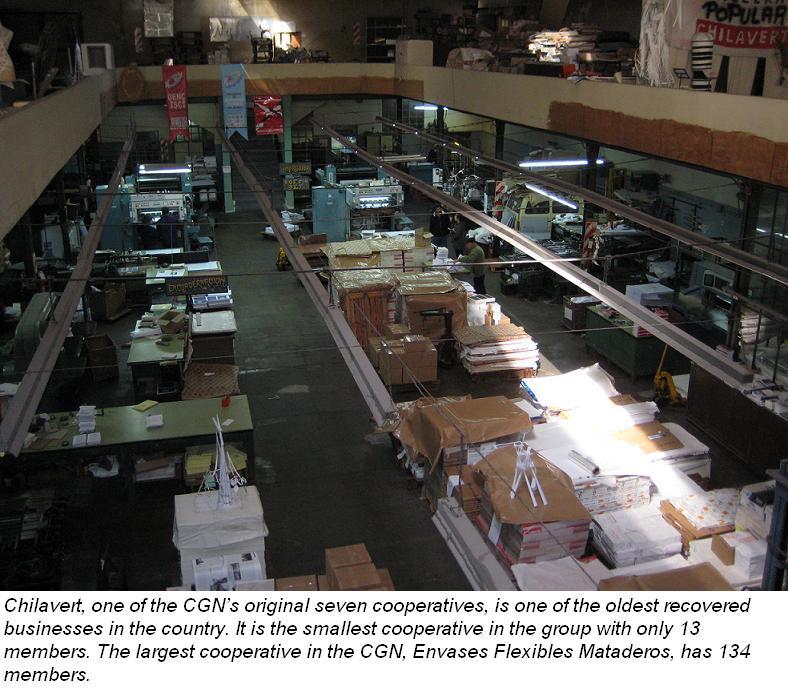 In order to protest their situation and pressure the government into protecting their rights, workers began to occupy their old factories. During this time, they collaborated with local organizations and built informal networks between groups of workers in order to provide each other with legal and political support. The mounting political pressure eventually led the government to compensate workers by expropriating the factories and giving workers permission to use the machinery. Workers restarted production as cooperatives and, thus, a new wave of cooperatives known as 'recovered businesses' were born.

These recovered businesses faced two major challenges. They not only had to learn how to administer a business and how cooperatives worked, but also had to figure out how to compete with larger and more established businesses.

The Creation of the Cooperative Graphics Network

One innovative strategy developed to address these challenges is the formation of a second-level cooperative, La Red Gráfica Cooperativa or the Cooperative Graphics Network (CGN), by seven Argentine printing cooperatives in September 2007. Placido Peñarrieta, the current president of the CGN, describes the emergence of the network as a something that developed naturally from previous collaboration and from the support that the cooperatives provided each other during their initial recuperation process. "As a result of our previous experience, all of the cooperatives from the printing industry knew each other. We began discussing the possibility of making bulk purchases and, thus, the idea for the CGN was born," explains Peñarrieta.

Leandro Miret, the organization's General Coordinator, describes the group as a new and ambitious organization whose mission is to use integration in order to improve the competitiveness of its member cooperatives and ensure their economic viability and social aims. He views the body as a channel, connecting its members to resources, to clients, and to the government. The CGN is groundbreaking because there are no other networks of recovered businesses that focus on improving economic performance nor are there networks whose member cooperatives all work within same sector.

Accomplishments of the CGN

Though the CGN is still in its first years, it has made notable progress towards helping its members improve their performance. The organization has been working on the following objectives: 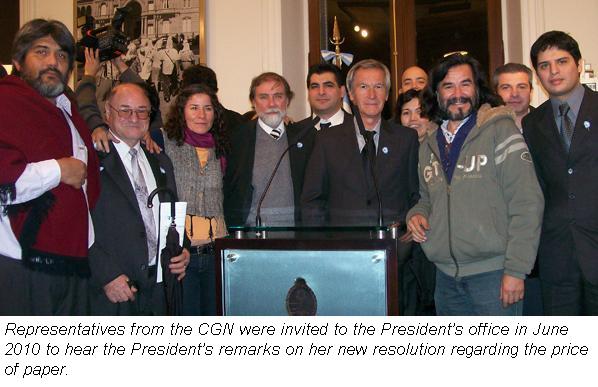 Current State of the CGN

The CGN, initially funded by the Government of Buenos Aires' Innova Award for innovative business organization plan, has become self-sustaining. The five-member staff and infrastructure are financed through its sales center commissions as well as a small fee paid by each member cooperative. The staff of the CGN is managed and directed by the general assembly of the CGN, which is composed of one representative from each member cooperative.

In the end, the cooperatives in Argentina's printing sector were able to transform their social and political networks into a tool for growth. Creating the Cooperative Graphics Network allowed them to overcome the challenges faced by working in a capitalism-based economy through developing economies of scale, sharing human capital and having a larger voice when negotiating with the government. However, for some, the greatest benefits aren't the economic ones provided by the CGN, but rather the solidarity between members. Miret believes, "The advantage of being in the Cooperative Graphics Network is knowing that you always have someone to support you and to help you grow."

Traci Kuratomi is a current Fulbright Fellow studying recovered business cooperatives in Argentina. She is examining these cooperatives from an economic perspective, identifying the strategies employed by top performers as well as determining the largest challenges facing these businesses. She has a B.A. from Smith College in Economics and can be reached at traci.kuratomi@gmail.com.