Article type
Repost
May 19, 2022
Authors
Each for All
Body paragraph

cross-posted from Each For All

A Rotating Savings and Credit Association (ROSCA) is a group of individuals who act as an alternative financial institution. Each person contributes money towards a common fund, and the funds rotate through members at regular intervals. The member who borrows the funds will eventually repay their portion back into the association so the next member can withdraw their share.

According to Dr. Caroline Shenaz Hossein, Associate Professor of Global Development and Political Science at the University of Toronto, ROSCAs are a time honoured tradition from around the world. They are hidden forms of co-operatives largely used by Black or racialized groups who are often excluded from traditional forms of banking and business.

As people migrate, they bring their own version of ROSCA to their new countries, says Dr. Hossein. In this way, the ROSCA helps people adjust to life in a new land with others from their culture bringing both financial and social support.

Dr. Hossein has done numerous interviews with ROSCA members in Toronto’s inner city. This work culminated in a documentary called “The Banker Ladies.“

We were very pleased to speak with Dr. Hossein about her research and passion for grassroots co-operativism. Have a listen. 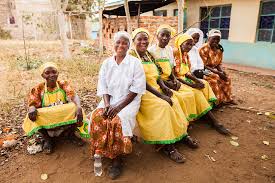 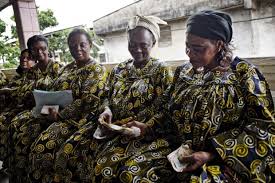 This work is licensed under a Creative Commons Attribution-NonCommercial-NoDerivatives 4.0 International License.

Organizing for Food Justice in a Texas Food Desert