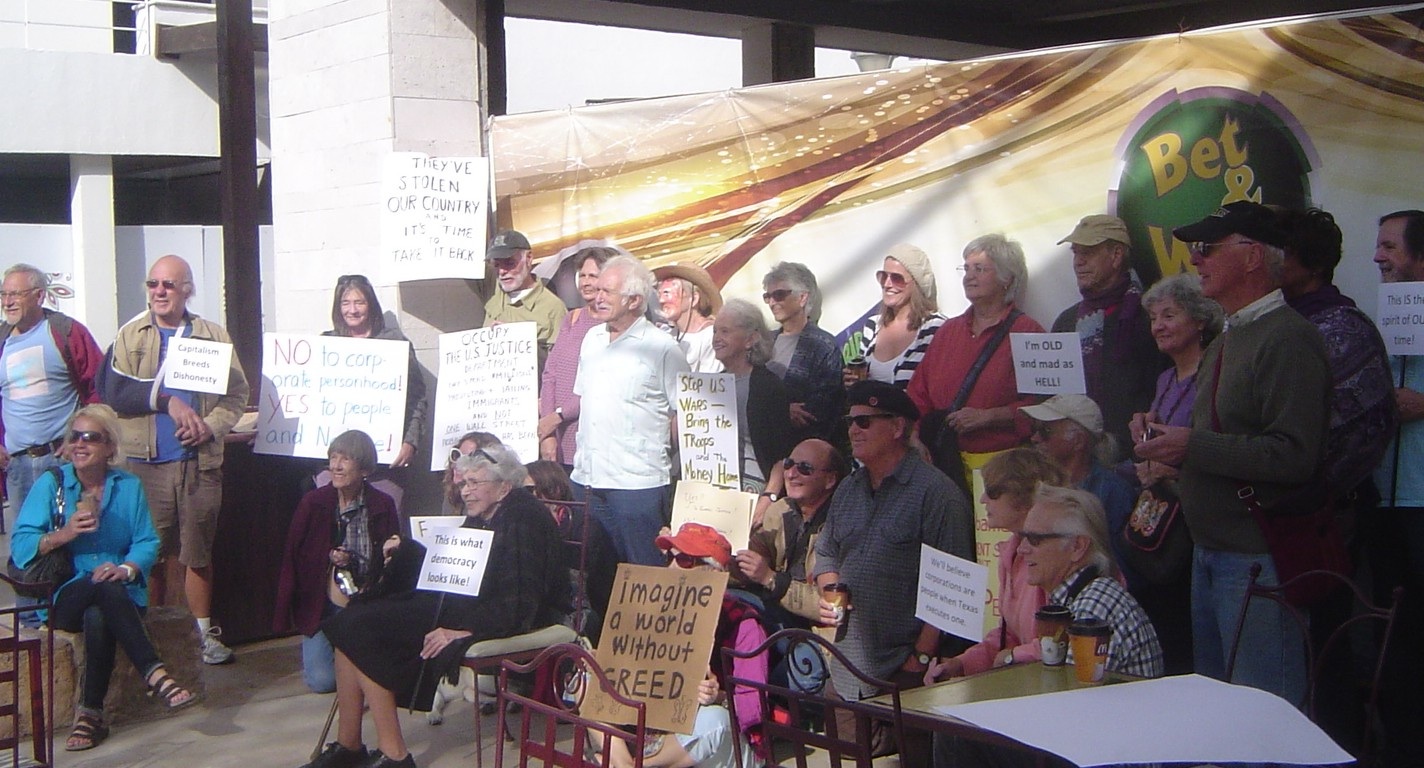 The group of 50 USians and residents of San Miguel, joined together and met with Ed Clancy at the U.S. Consul. There, he was presented with the Declaration of the Occupation of New York City, created by the General Assembly of Occupy Wall Street. This document lists grievances citizens have concerning many of the political, social, and economic policies and actions taken by our government and corporations.

You can see this document by clicking on http://nycga.cc/2011/09/30/declaration-of-the-occupation-of-new-york-city/. Ed Clancy said he would pass our General Assembly document on to the Consular General in Mexico City and, hopefully onto Secretary of State, Hillary Clinton.

Occupy Wall Street SMA, Mexico, has a Face Book page and can also be contacted at occupywallstreetsma@yahoo.com. You are encouraged to view the information available and to contact us for further events and any questions you might have.

On Tuesday, Oct. 18, 2011 the Center for Global Justice held a Teach-in/Speak-out on the economic crisis. There were presentations on various aspects of the crisis, its causes and how to respond. Participants had opportunities to present views and share their experiences of how the crisis has affected them. All points of view were welcomed.

Bob Stone, one of the organizers, said, "The politicians have spoken, the pundits have been heard. Now it is time for We the People to express ourselves."

Occupy Wall Street SMA is in no danger of breaking Mexican law as all of our concerns are about U.S. actions. Do exercise your democratic and Constitutiona rights. Join us in our efforts to make a better, more democratic, and just United States of America.

The 99 Percent Organize Themselves