When Donald Trump announced that American troops were being withdrawn from the border of Turkey and Syria to allow Erdogan’s troops to invade the Kurdish region of Rojava, the reaction was swift and unequivocal, both at home and abroad. The US was abandoning its most loyal ally in the fight against ISIS and further destabilizing the region, with the likelihood that ISIS would regroup, undoing years of blood and sacrifice, especially for the 11,000 Kurds who died in the struggle. It is well acknowledged that the Kurds have been the most effective fighters in this ghastly war, expelling ISIS from large swathes of northeast Syria, and establishing a safe zone not only for the Kurdish people, but for hundreds of thousands of Arabs, Turkmen, Christians and Syriacs, who found in Rojava a refuge from the horrors of a civil war that seemed to have no end.

What is largely unknown, and still ignored by all the major news stories focusing on the American betrayal, is that the Kurds of Rojava have succeeded in establishing a multi-ethnic democracy in their territory – the only functioning democracy in the entire Middle East. When I visited Rojava in the spring of 2017, this region that is now the object of an invading Turkish force was the only place where the various ethnic and religious groups of Syria had managed to establish a model of democratic governance that respected, even welcomed, their ethnic and religious differences.

The Democratic Federation of Northern Syria as it is now called, is a federation of democratic, self-governing cantons that has been built against impossible odds. I saw an economy being rebuilt from scratch, despite an embargo imposed by Turkey. Using co-operatives to reclaim wasteland, cultivate food, organize markets, generate and distribute energy, and provide basic services the Kurdish people were controlling their economic future for the first time. Democratically-elected organizations from the neighborhood level up to the regional cantons and the inter-region federation offered a voice and democratic rights to all inhabitants equally regardless of ethnicity. Women are guaranteed equal representation in all decision-making positions. Women’s participation in the YPJ – the famous women’s fighting force in the Kurdish militia, led the liberation of Raqqa from ISIS and has fought alongside the men throughout the conflict. Environmental stewardship was a cornerstone for all development decisions. These are accomplishments that would demand admiration in the most congenial of environments. In today’s Syria, they are superhuman. 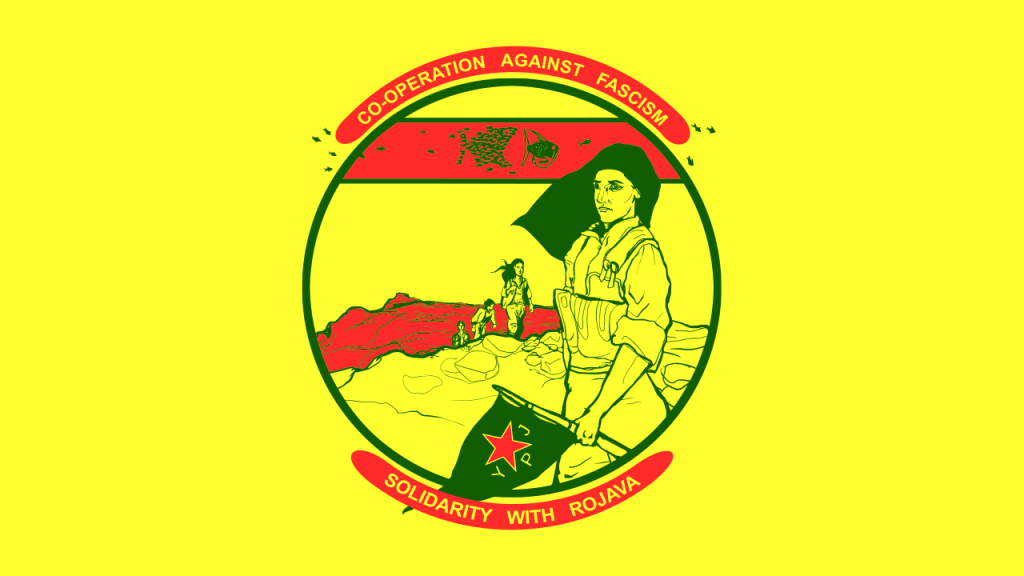 The Kurds have overcome the gale winds of war, the historic divisions of religion and ethnicity, the cultural discrimination against women, and the ever-present-threat of their mortal foe – Turkey – to create a governance system based on equal rights for women, co-operation, the practice of direct democracy, ethnic and religious pluralism, and respect for the environment that has no equal in the Middle East.

What the Kurds have achieved is a kind of political miracle in one of the most inhospitable places on the planet. And, while the vagaries of war and the clash of regional powers claim the attention of the world press, the quiet victories that the people of Rojava have won against centuries of despotism, discrimination, religious strife, and barbarous sexism that are endemic features of the surrounding states, go unremarked.

There are grave issues at stake in this catastrophic decision by Trump to betray US allies. The longer-term consequences of US withdrawal now, in a region this volatile, are uncertain. But the invasion of northeast Syria by Turkey now underway will ignite a new powder keg in the region. It will open a new front in Syria, and open the gate to a resurgent ISIS. It will render American assurances to future allies worthless. It will risk igniting a violent reaction among the Kurdish minority in Turkey, which continues to suffer repression and discrimination at Erdogan’s hands.

And this, after all, is Erdogan’s prime motive – to eliminate once and for all any vestige of a self-governing region of the Kurdish people. To Erdogan’s mind, Rojava represents an unwelcome example to the Kurds now residing in Turkey. The mass slaughter that ensued when Turkey invaded the Kurdish enclave of Afrin in 2018, resulted in the flight of 300,000 refugees and the ethnic cleaning of the area. No-one is in any doubt about what awaits the Kurds of Rojava if Turkey prevails.

From what I saw in Rojava, Erdogan will meet with the fierce resistance of a well-seasoned and determined foe in the Kurdish forces. The democratic revolution that the Kurds of Rojava have struggled so hard to achieve will be defended to the utmost. It is, after all, their homeland that they are fighting for. But it will be a vastly unequal fight, with the Kurds greatly outnumbered in troops and military hardware, provided courtesy of NATO. The bitter irony of course, is that if the US claims to bring democracy to the Middle East had any substance Rojava would be the first place it would defend, not abandoned to its foes.

If Rojava falls, a new chapter in the ongoing tragedy of Syria will begin. The alignment of regional and international interests will combine to unpredictable outcomes. But the loss of the one example of democracy and inter-ethnic peace that could have stood as a model for the crafting of a broader peace in Syria and beyond, will be a tragic loss not only for the long-suffering Kurds, but for the millions of others that might have learned and been inspired from their example.

John Restakis is the author of Humanizing the Economy – Co-operatives in the Age of Capital, and an expert in international co-operative economic development and political economy.