How Do We Change the Police?

Like all of us, the events of the last week[s] since the murder of George Floyd by a Minnesota police officer and his accomplices (also Minneapolis police officers), have been heartbreaking, illuminating, infuriating, and demanding of a new paradigm. I have read posts from many people that I know and respect who are in local government wondering how to change this. George Floyd was not the first black man or person of color murdered by police and these demonstrations are not the first time that agent provocateurs have spurred violence to discredit protests. Most of the discussion of political leaders centers on policy and comprehensive plans, but as the adage of one of my favorite management icons notes:

We cannot create stronger cities through policy, we need to fundamentally change the culture of how our cities manage the needs of the community. Local elections generally pit those who own property against those who rent property and the property owners almost always win. Seattle, for example, is a very “progressive” city with socialists on its council, but only one member of the council is a renter. Why is this important? I offer Aleksandr Solzhenitsyn’s motif in A Day in the Life of Ivan Denisovich that has been my true north since reading him in 10th grade:

Our cities are built to grow and protect wealth. They are not built to be human places, but economic engines. As long as this is the basis of cities, we will never escape that the role of police “to protect and to serve” is focused on property not humanity. Added to that is the historic culture of the United States that sees certain people as property and completely devalues labor, and the result is a toxic culture. To change the police, we need to fundamentally change the organization of city government.

To do this, the worker co-op movement offers a number of lessons: flattened hierarchy, openness and transparency, and accountability structures that operate in a 360 degree manner. We need to rethink cities as solidarity cooperatives in which the residents control and operate the functions of the city.* Such a model would focus on the needs of the community as opposed to growth and creating business opportunities.

What would this look like in terms of the police? Using sociocracy or dynamic governance as a model, it would create significant community engagement with an entity that today seems, even in the best communities, an occupying military force. The first thing that I would suggest would be to change the name of “police” to something aimed at a community support concept such as “stewards”. A mission statement created by the people who live in the city. A redefinition of the job to focus more on community support and stewardship rather than finding “bad guys”. Imagine an oversight board elected by the community but in a way in which it represents the diversity of the community (the different sociocratic circles appointing a representative) and from this group a Police Leader is elected for a set term, with a representative elected up from the police force. The leader of the police might not have police experience, but great management and empathy skills. A hiring circle made of up civilians and active “stewards” to focus on ensuring that people hired align with the mission of community support.

Of course it can’t be just the police that changes. The idea that the police are a separate and unique part of the local government needs to be destroyed. The role of the police should be equal in power to that of sanitation and transportation. The entire city government needs to divorce itself from hierarchy and adopt a cooperative model of governance and management that combines citizen engagement with the people doing the work. This creates a stronger new culture of community.

Instead of electing a council and managing through an adversarial hierarchical structure, what if the cities were grouped into to circles that aligned voices of the community: a small business circles, a renters circle, a homeowner circle, a houseless circle, demographic circles and , yes, even a landlord circle. From these circles, they could appoint a council circle that would elect an administration circle leader (mayor). This would create a larger council, of course, but it would be one that would bring all of the voices into the actual governance and management of the city.

I am going to end with a quote from Mondragon’s spiritual founder Arizmendiarrieta. He understood that the co-op model could not simply replicate the system of oppression that the workers were attempting to replace. As with Irish rebel James Connolly, who argued in “Let Us Free Ireland!” that having an Irish sheriff evict a poor family was cold comfort.

A society that seriously intends to plan the development of human greatness needs to be able to count on a staff of competent persons who are willing to assume positions of high responsibility and quality. This can be accomplished only if these capable people do not demand, as individuals or for their families, a superior level to that of the rest of the people.”

We can’t fix a problem 400 years in the making through policy and comprehensive plans. We have to fundamentally change the culture and that means changing how our cities govern themselves and prioritize value for the citizens. If all that comes from the protests today are hearing and a couple of convictions, we will all be back here again in short order. We need systemic change in our culture.

* I 100% support city residency requirements for city employees, especially for the police. We don’t need paid mercenaries patrolling our streets.

[Editor's note: Tom Webb left this comment on the original blog post. We are including it here by request of the author.]

As with many festering problems in our societies (and I include Canada which is different but similar) the heart of the problem, (and you have put your finger on it) is capitalism. If you organize society and nature around capital, its growth and the absolute freedom to accumulate it, and combine that with the belief that people always act in their own self-interest, (with greed as a driver of progress), do not expect a good outcome. The job of the police in such a society is to protect the wealth, especially that of the wealthiest, from the needs of other 90%.

Add to that the reality that a small percentage of those attracted to police work are wounded, insecure and angry bullies for whom walking around with a gun and a night stick is not a form of self-protection but a threat. In some police forces this threatening minority are seen the ‘effective’ officers and leaders.

I was deeply moved by the account of one police leader who went to the demonstrators and told them he was there to be with them and to join the demonstration. In another brief video clip a white officer put his arms around a black man overcome with grief to comfort him. These were peace officers. This is what we need rather than the hatred and violence spewing out of the White House (which poisons Canada and the world) or the timidity cowering inside our houses of Parliament lacking the courage to stand up to a bully or call a lie a lie. Alas, Canada has ceased to be your friend – we are just afraid of what your government might do.

At the heart of all this both our countries have become ‘quasi democracies’ where the real power lies with the 10%. I am neither an optimist nor a pessimist. I am a hopefulist. One who hopes we will see the madness and self-destruction of capitalism and the climate catastrophe it is brewing in its inability to rein in the greed that fuels it. It is possible to imagine another reality.

Imagine a society organized around people and the understanding that we are part of nature and that to be fully human we must love and respect nature and each other. Imagine a society where altruism and caring for each other, as most people do in times of crisis, were seen as far more important than wealth, competition and self centered action. Imagine if we really learned from Darwin that co-operation among cells and species and within species was a more effective winning strategy than competition. Imagine a world where humans saw co-operative winning as a better outcome than competitive efforts that produce few winners and many losers.

Co-operation requires effort because we are truly both individual and social. It is destructive when we are mindlessly individualistic and just ‘focused on me’. On the other hand, it is also harmful when we fail to take care of or nurture ourselves to be the best we can be. Maintaining a constructive balance takes reflection and determination. We cannot separate our individuality from our social nature. Co-operation not only allows both it rewards both.

Header image by Lorie Shaull. Protesters hold a scroll listing the names of people killed by police in Minnesota, during a 2016 rally for Philando Castile. CC BY-SA 2.0 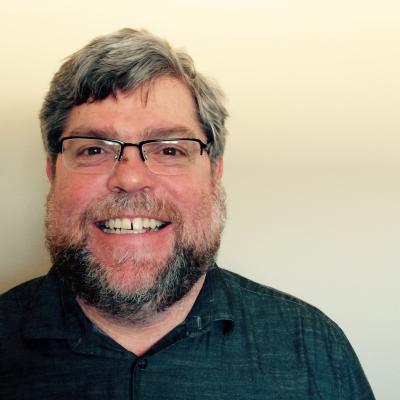 OCCUPY! CONNECT! CREATE! - Imagining Life Beyond "The Economy" (part one)