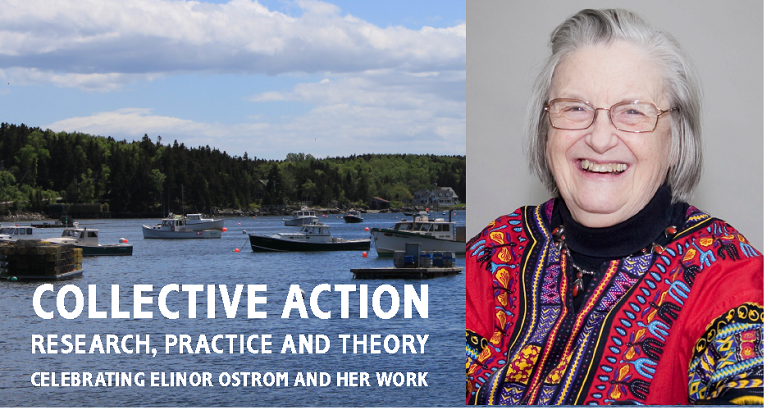 Overview of the Issue

Most of GEO's readers are practitioners of economic collective action. They may be wondering why GEO is dedicating an entire issue not only to the practice of, but the theory and research of collective action as well.

Well, an important shift is underway in academia and it seems to be building momentum. It is a spreading inter-disciplinary interest in empathy, cooperation, and group-level behavior that seems to be converging in networks both within and outside of university structures. Practitioners of collective action should take heed of these developments. We work mostly in the margins of our political and economic life, and maybe this sea change can become a very empowering resource for making cooperation work more deeply and more broadly than we can even imagine.

Cooperation is now a core issue of our times, and because of the ferocious energy of many in the social sciences, it is re-emerging into the spotlight of public attention. Theorists and researchers of cooperation and collective action share the values and passions of practitioners, but, as Marx put it so eloquently, the point is to change the world not just to understand it. And for this endeavor, researchers and theorists can inform and even transform how we do collective action in real life, and we can be a cornucopia of experience for more understanding of the questions they are puzzling over.

What is this major shift in the life and social sciences? Over the last 30-40 years the people working in the life and social sciences - biology, neurology, anthropology, economics, psychology, social psychology, political science, and so on - have produced and are producing enormous amounts of information demonstrating that people are not driven primarily by selfishness. That cooperation is a major dynamic in human life and in all of evolution. That groups that have succeeded in making reciprocity, empathy, cooperation, and compassion core social values tend to be naturally selected for survival and thriving well.

Know that our stating this simply masks an enormous complexity underlying competition, cooperation, and all of social life.

In October of 2009 a newsflash went out across the globe that this shift in priorities has indeed happened. Elinor Ostrom, a political scientist who dissolved the boundaries between that discipline and economics, was awarded the Nobel in economics. Lin, as she likes to be called, won this award because she and a vast network of researchers had made the case that collective action was a central dynamic in economics, and it cannot be ignored.

Voila! What an excellent point of departure for beginning to build bridges among researchers, practitioners and theorists of collective action. So GEO has joined with members of the Ostrom Workshop, some practitioners, and a noted evolutionary thinker, David Sloan Wilson, to produce this issue.

Enjoy and tell us everything you think.

Lin Ostrom opens our collective action issue by noting the interests, values, and commitments that both researchers and practitioners share. She also focuses on the nature of polycentricity and its importance for 1) achieving the best collective action function at all levels, and 2) supporting local groups and units in addressing local problems.

GEO co-founder Len Krimerman reflects on this issue, which he helped to edit, in terms of where we need to go from here in developing significant collaboration between researchers, practitioners, and theorists of collective action.

From the research field

Seth Frey, co-editor of the issue and student of Elinor Ostrom, writes a short piece about the role of science in a life of cooperation, and his excitement about science and how it can help co-op members solve problems: on the outside with compelling research, and on the inside with a way of thinking and resolving conflicts within a community.

Ryan Conway gives a friendly introduction to much of the vocabulary that members of the Workshop use when they are talking about success and failure in collective action. This is useful, because he then elaborates the importance of common language in the common understanding that this special issue was designed to encourage.

Daniel De Caro looks at the Workshop and GEOs' common interest in participatory economic governance. He finds that, despite this common interest, the motivations for including it are different in each community. Daniel reconciles these different motivations using psychology's recognition of social justice, self-determination, social belonging, and self-competence.

Forrest Fleischman uses examples from India and Indiana to warn practitioners against an over-reliance on strictly local solutions, and argues for the benefits of being nested in a regional and national systems - polycentricity. He emphasizes that while Workshop frameworks have come to strong conclusions about maintaining collectively managed institutions, they have a poor account of their origins and how to organize them from scratch. He reaches out to practitioners for ideas and insight.

Sobhi Mohanty looks at the weakness of IAD for addressing inequality within small-scale institutions with a close and personal look at gender inequality in rural Orissa, India. She identifies with the goal of designing institutions where benefits are fairly distributed across all sections of society, not just achieving social and economic development on an aggregate level. In her critique on her academic home, she sets the standard for good criticism among researchers and practitioners: self-directed and strong.

We are also very proud to have a contribution from David Sloan Wilson who reviewed Martin Nowak's recent book Supercooperators. Professors Nowak and Wilson are theoretical evolutionary biologists who are prominent for their work supporting the role of cooperation in biological evolution. Professor Wilson played a major role combating the dominance of the "selfish gene" in evolutionary biology, and by showing how communities can be a basic unit of evolution. He has recently branched off, using ideas from evolutionary biology to inform his passion for community organizing.

From the practitioner side

Monique Coombs, who runs a grassroots marketing initiative for Maine's seafood and commercial fishing industries, describes lobstering as a way of life in Maine, and evaluates the current state of the Maine lobstering community in terms of the design principles.

Michael Johnson, lead editor of this issue, reflects on the fit of Workshop research on face-to-face communication with his 30 years of experience in building and sustaining a cooperative culture at Ganas, an intentional community in New York City. He ends up with three major concerns: definition of self and self-interest, keeping behavior and experience connected, and going beyond sacrifice.

Margaret Lund, past Executive Director of the Northcountry Cooperative Development Fund, finds that her extensive experience in the field bears out the prescience of Elinor Ostrom's work on a special factor of collaborative action - we can and do right by each other when conditions are conducive to it, and we are all the better for helping each other. She focuses on food cooperatives, cooperative systems outside the US, and the importance of face-to-face communication in achieving cooperation.

Addendum 8/8/14: Building the Commons Beyond Markets and States: An Elinor Ostrom video collection

Oakland and After: Lessons from the General Strike

Lessons for Building a Co-operative Movement

A Recipe for Successful Community Currency