For those who have invested substantial amounts of time and effort in founding or growing a worker cooperative, some natural questions arise. How can we make sure that the business remains a worker cooperative? How can we prevent the business from being sold? How can we ensure that future generations of workers continue to invest in the company’s growth — and contribute to the employee ownership community — to build the possibility of workplace democracy?

A commonplace solution to these questions involves voting requirements in corporate documents. For example, the articles might require a supermajority vote to sell the company. Similarly, a shareholders’ agreement might constrain decisions on key issues. In either case, worker-members may overcome these barriers to accomplish a sale or other fundamental change.

Another technique involves allocating preferred stock to an outside individual or entity, with limited voting rights, as an independent veto on worker-member decisions. A layer of protection might be added by transferring this preferred stock to a trust with detailed instructions guiding the independent trustee. In the case that a sale is inevitable, e.g., due to market conditions, the trust might also serve as a mechanism for safely distributing reserves to a nonprofit organization such as the USFWC, the ESOP Association, or NCEO.

The safest approach to protecting the democratic structure of a firm involves transferring all of the company stock to a trust. In this approach, a board of trustees is “elected and directed” by the worker-members. Similar to above, an independent trustee or trust protector has the right to veto a limited range of worker-member decisions as instructed by the trust document. This approach guarantees that voting of the common stock itself must adhere to constitutional protections. 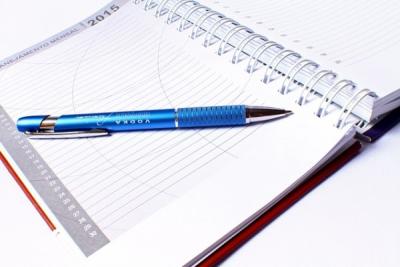 Many worker-members favor constitutional protections for the firm. For example, following the model of Italian and French cooperative laws — and Mondragon’s example — some worker cooperatives aim to annually reinvest a minimum percentage of profits. In Mondragon, most firms assign 30% of the annual profits to permanent reinvestment in the company and donation to the cooperative community and temporarily reinvest the remainder in employee capital accounts until retirement. In Italy, approximately 85% of annual profits are reinvested permanently in the firm, and the remainder is distributed as cash bonuses, pension contributions, and donations to a cooperative fund. Firms are also required to pay dues to a cooperative association. Note that Italian law not only proscribes lower rates of reinvestment in these permanent (or indivisible) reserves, but also limits the distribution of cash bonuses. French law mandates retention of 15% of the firm’s annual earnings up until the firm achieves a minimum level of capitalization. Albeit, worker-members regularly invest 40% to 45% of net income into permanent reserves.

Likewise, trust ownership is not new — as early as 1897 in Washington State, founders established a trust dedicated to the “Brotherhood of the Co-operative Commonwealth” … “for the purpose of owning, acquiring, operating, conducting and maintaining a communal industrial institution.” Still further, “as to the immediate management of the brotherhood’s internal affairs, such as the uses of which the land should be put, the number of hours any one should labor, and the character of the labor each should perform, seems [sic] to have been left to the members themselves.” In 1911, the Washington State Supreme Court ruled the trust as valid in perpetuity due to the trust’s charitable educational purpose. This case is not valid precedent for the remaining 49 states, but we now have the benefit of perpetual trusts in many states.

Until recently, the rule against perpetuities (RAP) was still in effect in all states except  Louisiana. For those unfamiliar, RAP is a complex set of common law rules governing the longevity of non-charitable trusts. However, beginning in 1983 with South Dakota, a majority of states have either eliminated or substantially modified RAP. In so doing, they opened the possibility of perpetual (or dynasty) trusts. Note that a firm need not be located in a dynasty trust state — trust location can be established by hiring an administrative trustee.

But what if employee-beneficiaries attempt to “bust the trust”? Generally, trust law allows beneficiaries to dissolve a trust by unanimous consent. Thankfully, an even more recent development eliminates the requirement of a beneficiary and allows purpose trusts, which are trusts “established for a purpose rather than for specified beneficiaries.” Originally authorized in foreign territories such as Jersey and Bermuda, U.S. states witnessed a wave of purpose trust legislation in the last decade in, for example,  South Dakota, Delaware, New Hampshire. Purpose trusts are now also included in the uniform trust code model legislation recommended for adoption by all U.S. states.

In light of late twentieth century and twenty-first century developments in trust law, founders and worker-members may now use an employee ownership trust (EOT), as it is known in the United Kingdom, to structure perpetuity and other constitutional protections in their worker cooperative. An EOT has the additional benefit of avoiding the need to assign and repurchase membership shares. Shares, once transferred to the EOT, are held in perpetuity on behalf of all present and future employees. Also, where transfer of a whole company is not possible, the EOT can hold a smaller percentage of a company's shares, e.g., 5%, 15%, or 51%. In turn, the EOT trustees vote the shares as directed by worker-members.

As a final note, it is worthwhile to point out that the United Kingdom passed EOT legislation in 2014. U.K. business owners are entitled to a 100% capital gains exemption for shares sold to an EOT in the year that the trust achieves majority ownership of the target company. If business conditions require that the target company be liquidated or sold, the trust principal may be donated to charity. An EOT is not restricted to majority ownership or a charitable “remainder holder” — however, the capital gains exemption is only accorded in the case of majority ownership.

Christopher Michael is a founder of the New York City Network of Worker Cooperatives and New York State Worker Cooperative Business Association, general counsel of the ICA Group, and a doctoral candidate in political science at City University of New York.

An Outline History of Cooperatives in the Bay Area and California

WAGES Model and the Value of Partnerships